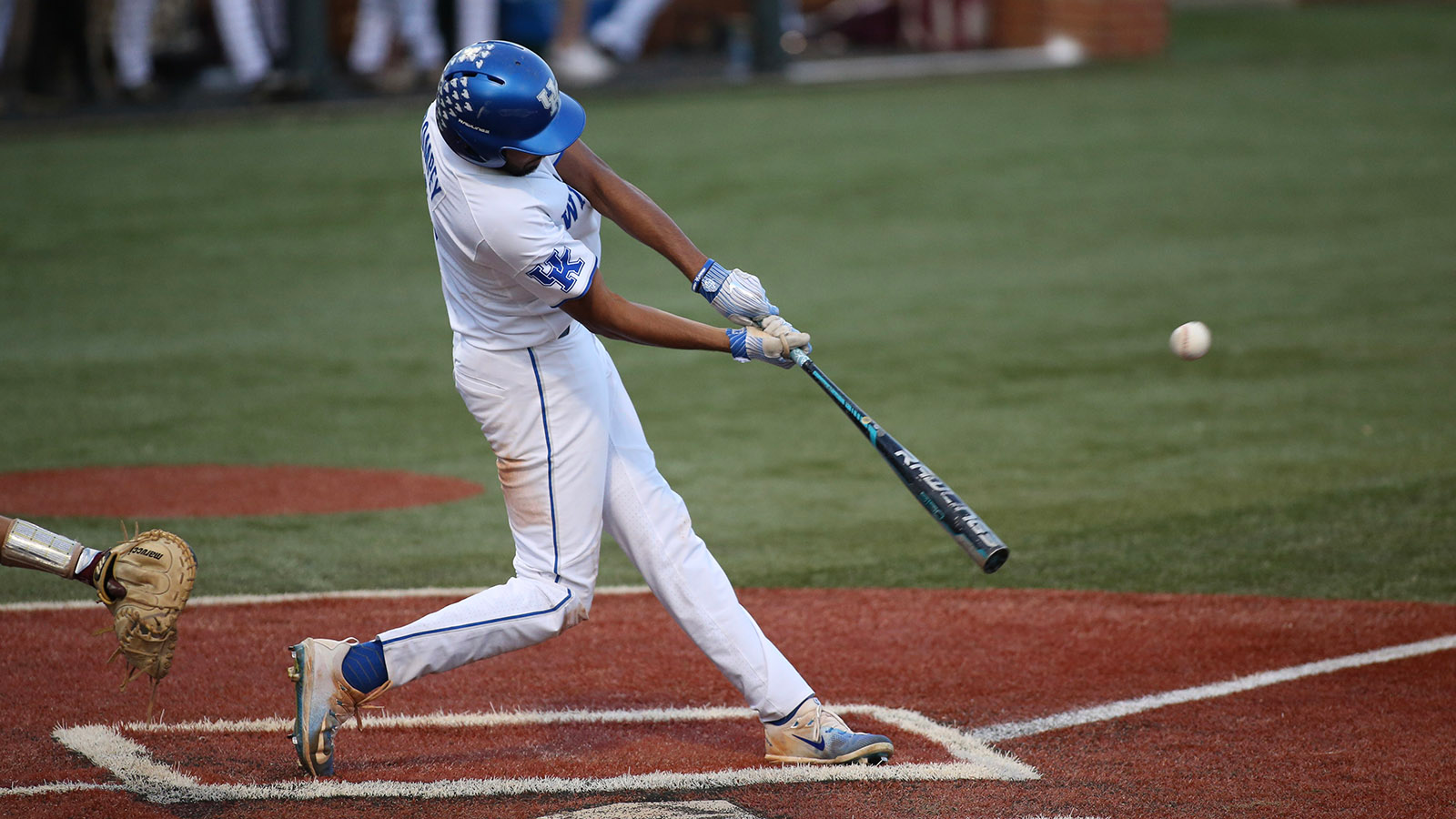 No. 17 Kentucky Opens Final Weekend at The Cliff With Win

LEXINGTON, Ky. – Tristan Pompey reached base all five times he came to bat, driving in four runs with a pair of doubles as No. 17 Kentucky came from behind to post a 9-6 win in the first game of the final regular season weekend at Cliff Hagan Stadium.

In front of a packed house on 4,303 fans – the fifth-largest crowd in the stadium’s history – the Cats (32-17, 12-13 SEC) overcame an early 4-1 deficit, putting together a four-run fourth inning that held up the rest of the way. The win on Senior Night was sealed when senior Luke Becker drilled a two-run single in the eighth inning to extend the lead and put the game away.

Pompey wasn’t the only offensive force for the Cats. Senior Luke Heyer smoked an RBI double in the first inning, junior Ben Aklinski had hits in his first three plate appearance to give him six straight dating to Tuesday night’s win at Indiana and junior Trey Dawson had two hits, two runs and an RBI. Pompey, Aklinski and Dawson reached base a combined 11 times in 12 plate appearances in the game.

Junior right-hander Sean Hjelle wasn’t as sharp as he usually is on the mound but he fought through a rough first two innings to complete seven in the game, earning his 22nd career victory, which ranks fifth all-time at UK. Sophomore closer Chris Machamer pitched the final two innings for his 10th save, moving him into third place on the single-season list behind Trevor Gott (2013) and Logan Salow (2017), who each had 12.


SCORING
Top 1st – Jake Mangum walked and Tanner Allen singled to RF. Luke Alexander grounded out to 3B, moving both runners up. Hunter Stovall singled off the glove of a diving 2B, scoring both Mangum and Allen. Miss. State 2, UK 0.

Bottom 8th – Pompey walked and Cottam singled. Both runners moved up on a wild pitch. Luke Becker singled up the middle to score Pompey and Cottam. UK 9, Miss. State 6.

ON DECK
On Saturday, the 1988 team that came within one win of the College World Series will be honored. First pitch is set for 5 p.m. ET on the SEC Network.