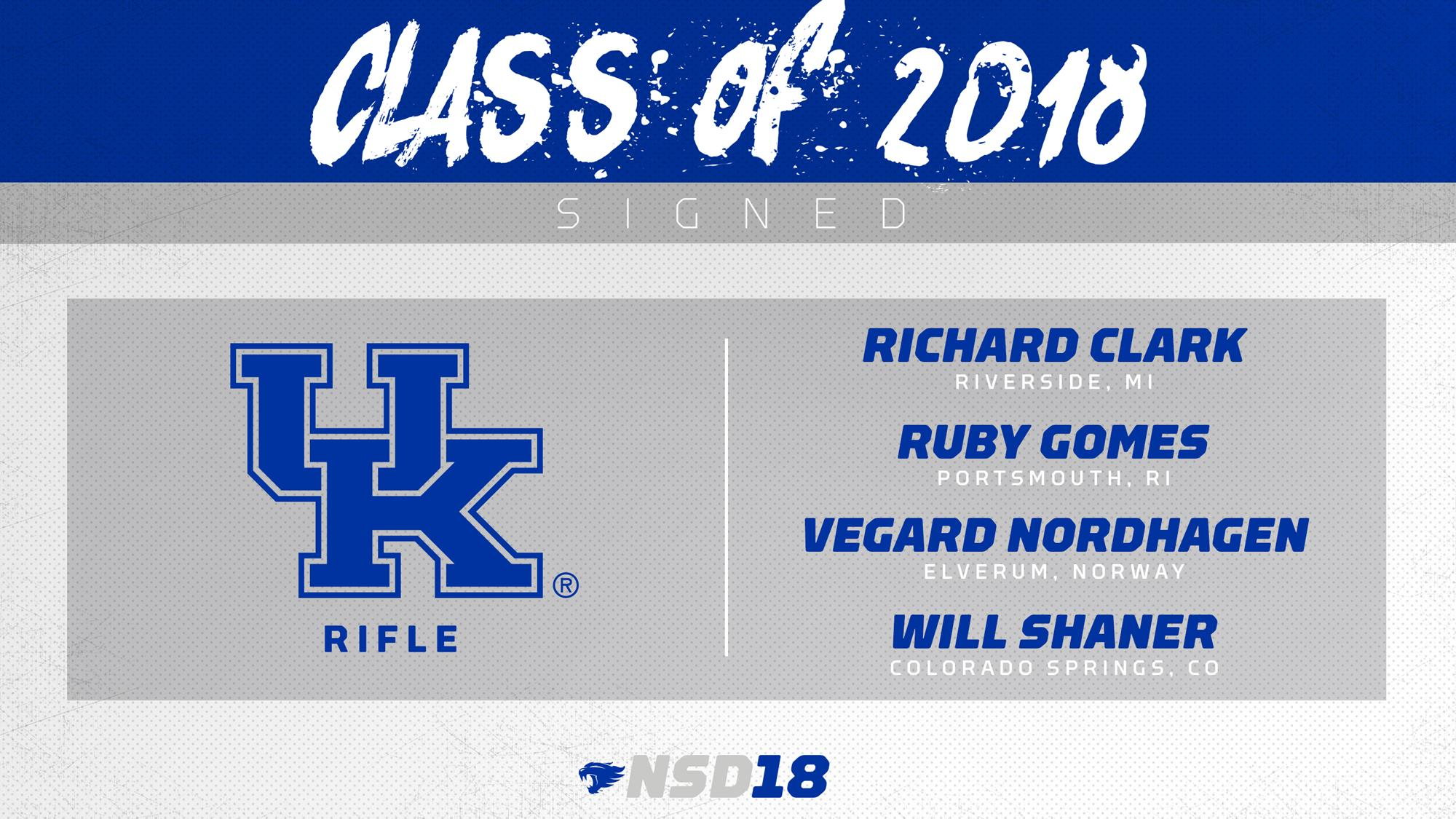 “Overall, I feel that all four shooters will add depth to our team for the 2018-2019 season,” Mullins said. “They will bring a lot of experience, commitment, and passion. After watching all four shoot, I am impressed with their effort and how hard they work. This is the largest class we have had in a while, so it will be fun to have four faces, at least, next year. I am looking forward to having them on campus and getting things rolling. It is an exciting time for the program with these four coming and the returning team that we will have next season.”

Nordhagen, a member of the Norwegian Junior National Team alongside UK freshman standout Henrik Larsen, claimed the silver medal in 50m prone at the 2016 International Shooting Sport Federation Junior World Cup in Germany with a 202.6. As two key pieces to their country’s junior national team, Nordhagen and Larsen teamed up to fire 1851 for the gold medal in the team portion of 50m prone at the Junior World Cup. Paired with Benjamin Karlsen, the trio also made up the team that holds the junior male Nordic record in 50m free rifle (3 x 40 shots) at 3459. A native of Elverum, Norway, Nordhagen shot 1130, while Larsen’s 1166 claimed the individual record. He also competed in air rifle at the 2017 Junior World Championships in Germany and finished with a 611.6.

“I think Vegard has a solid training mindset and will bring depth to our team,” Mullins said. “He is a hard-working shooter that is just starting to show himself his own potential. He has a great passion for the sport.” 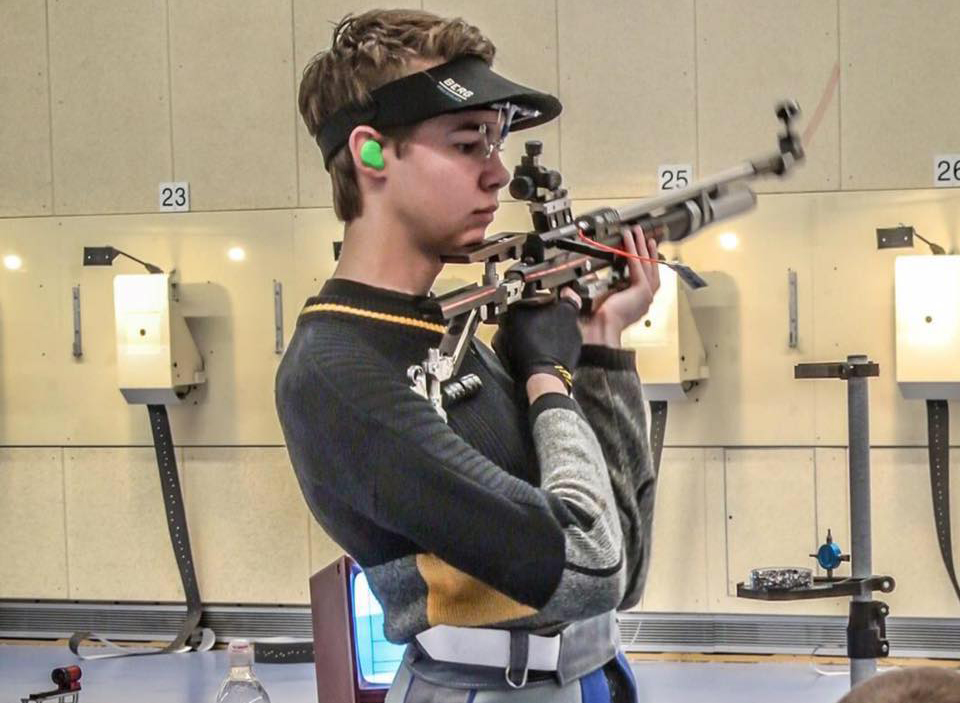 Shaner will bring some elite talent to Lexington. The Colorado Springs, Colorado, product won the 2016 Junior Olympic Championship in Men’s Air Rifle as a 14-year-old after coming from 1.5 points behind to defeat Spencer Cap, who was already a cadet at the Air Force Academy. A member of the US Junior National Team, Shaner also finished second in men’s prone and fifth in three-position rifle at the event. His fifth place finished earned him top honors in the J2 category. Among the field, Shaner was one of three athletes that earned entrance into all three of event finals, and he ended up on the 2015-16 ELEY High School All-American Team with current Wildcats Ian Foos and Hailee Sigmon.

“Will is no stranger to the podium and knows what it will take to get to the next level,” Mullins added. “Getting to see him compete over the past years has confirmed that he has a solid skill set and tremendous passion for our sport. It has been a joy to watch him compete. His drive and commitment have really impressed me. It will be exciting to have him as a part of our team.” 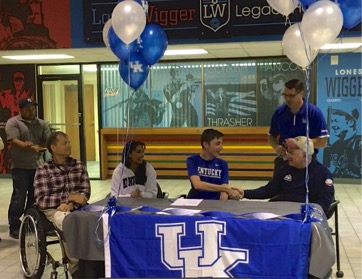 Gomes, a native of Portsmouth, Rhode Island, competed on the US Junior National Team this past year and performed well in several matches. She finished third in in combined aggregate at the 2017 National Smallbore Rifle Championships with a 4650-209x and third in Grand Position Aggregate at 2283. At the 2016 National Smallbore Rifle Championships, Gomes placed third in the any sight championship with 1149-44x, metric with 2285-76x, three-position at 4652-209x and the Iron Man at 11,015-622x. She also traveled overseas alongside Shaner to compete in the Hope match in the Czech Republic and Germany. Gomes ultimately finished in eighth place in Junior Women’s Air Rifle and ninth in smallbore at this year’s USA Shooting National Championships.

“Ruby posses a great passion to compete,” Mullins said. “Watching her throughout the recruiting process was a pleasure. It’s exciting to see her strive to perfect her craft and her commitment to the sport. Having trained and competed with (Shaner) on the Junior National Team – that will help them in the transition to college. They know what they are capable of and both are ready to accept the challenges they will face.” 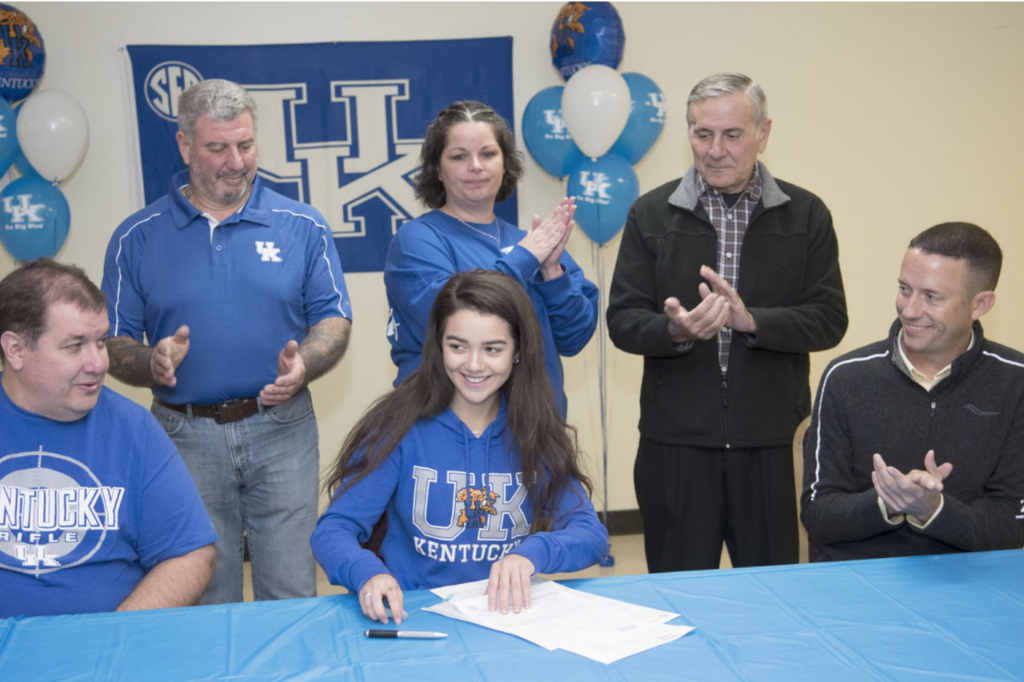 “Richard has come a long way from being a pitcher in baseball to a shooter that is really starting to shine,” Mullins said. “He has a good shot process and is willing to put in the work to move to the top level and stay there. His experience in performing under pressure as a relief pitcher will pay off down the road.”