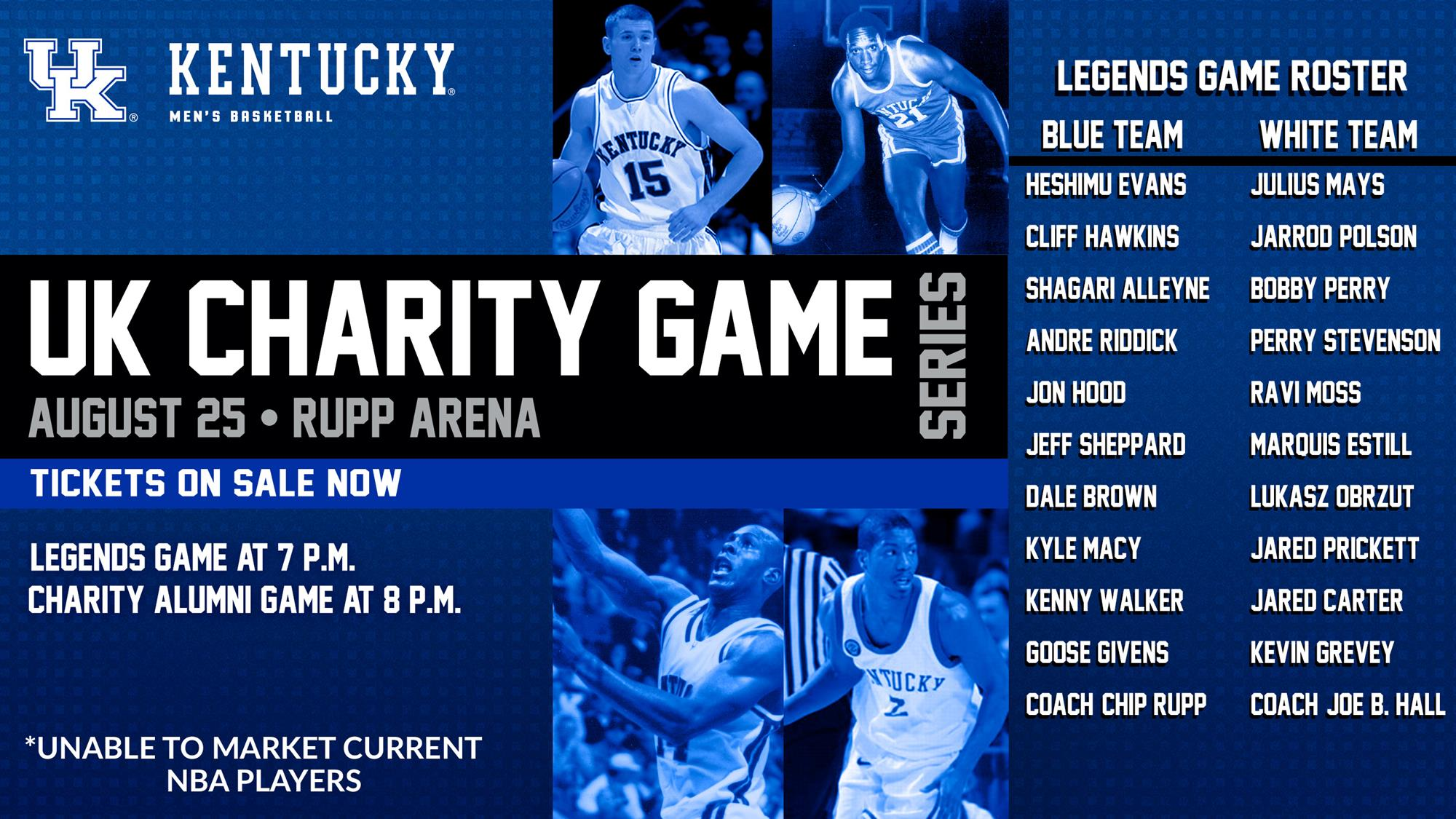 Per NBA rules, the University of Kentucky cannot confirm any current NBA players participating in the exhibition games.

The Legends Game will be split into the following two teams. Chip Rupp, grandson of legendary UK coach Adolph Rupp, will coach the Blue Team and former UK coach Joe B. Hall will head up the White Team.


Tickets for the both UK Alumni Charity Game and the Legends Game are currently on sale. All seats are reserved and priced at the following rates:


Tickets can be purchased at the Rupp Arena box office, online at Ticketmaster.com, at any Ticketmaster Outlet or by phone at 1-800-745-3000. There is an eight-ticket limit per person. All orders will have additional fees attached plus a $1 facility fee. All proceeds from the game will go to charity.

You must be 16 or older to purchase tickets and children under the age of 2 get in for free with a paying adult (the child will not have a seat and must sit on the lap of the paying adult).