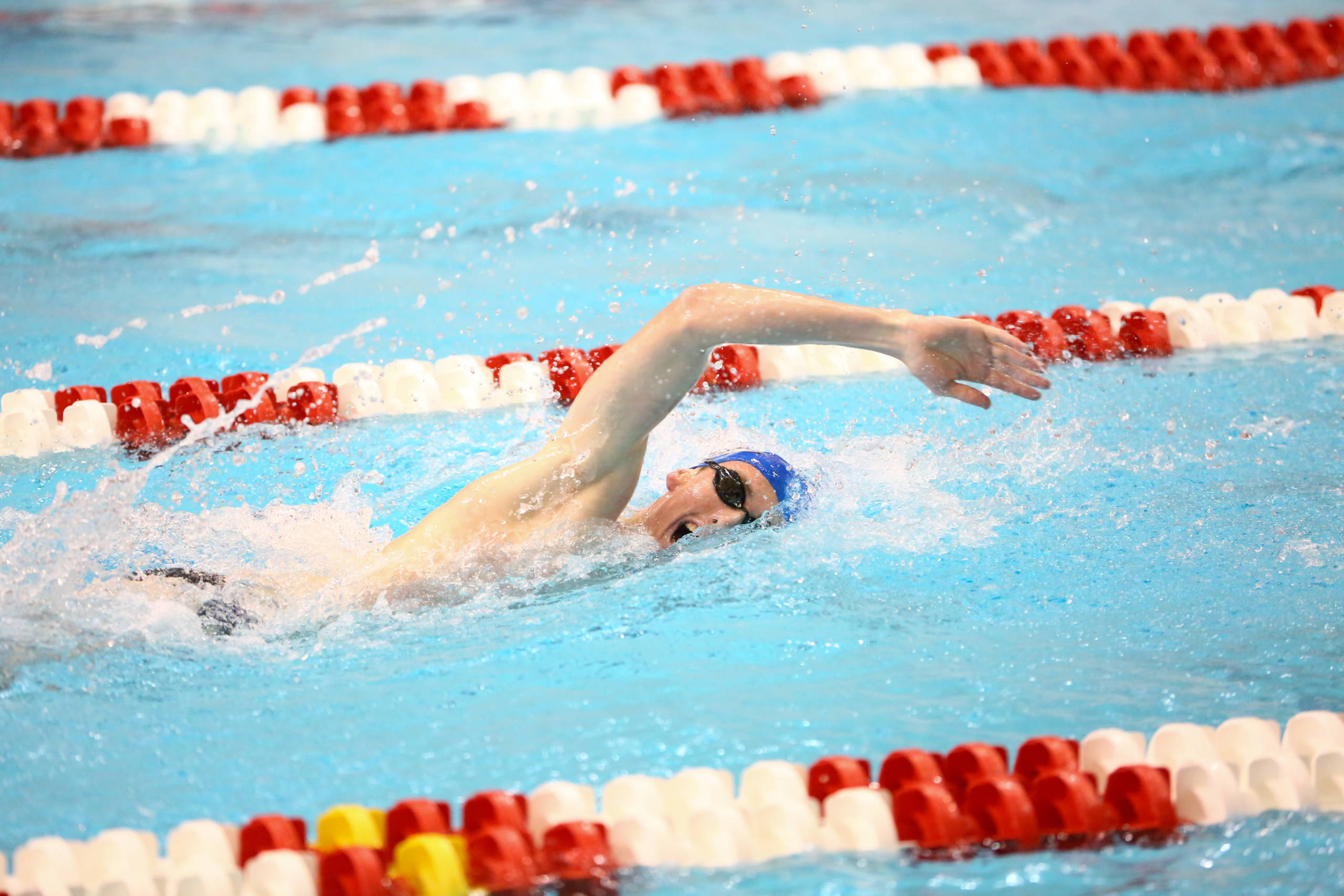 BLOOMINGTON, Ind. – Kentucky’s swimming and diving team suffered three losses on both the men’s and women’s sides at the Indiana Quad, which featured three nationally-ranked schools.  Against host Indiana, the men lost 233-67 while the women lost 230-70.  When matched up against North Carolina, the men fell in a 236-64 decision and the women suffered a 218-82 setback.  The team saw the most success against Southeastern Conference foe Tennessee, to whom the men lost by a 212-88 tally and the women lost 193-107.

“We were up against some really good teams today, and we weren’t as sharp as we needed to be to compete with them,” explained head coach Lars Jorgensen.  “But I think it was a good learning experience.  Some of our kids swam really well, but we’re going to have to be better next week when we’re at Missouri.”

The Wildcats were unable to pick up an overall event victory, but there were a handful of winners with regards to dual action.  Against Tennessee, the women had five event victories, while the men had one.  Kendra Crew led the charge with two victories against the Volunteers, winning the 100 and 200 breast in 1:04.12 and 2:16.84. Additionally, in the 200 breast, Ann Davies swept in for a 1-2 finish against UT in 2:20.24.  In the 1000 free, Kendal Casey clocked in at 10:03.72 to win against Tennessee, while Kathryn Painter finished third in the dual in a personal-best 10:05.58.  Danielle Galyer also picked up a win in the 200 back in 1:59.15.  In the 1-meter dive against UT, Rebecca Hamperian delivered a winning score of 289.95 points.  For the men, Isaac Jones and Sean Gunn turned in the top-two times against the Vols in 1:39.92 and 1:40.23, respectively.

Against North Carolina, the Blue and White was able to deliver three victories.  Crew’s mark in the 200 breast and Hamperian’s score in the 1-meter dive were also good enough to get the better of the Tar Heels in the Kentucky-North Carolina dual.  Additionally, Andrew Aviotti won the 1000 free against UN with a time of 9:14.17.

The only victory against Indiana was Galyer’s 200 back performance, which had the highest overall finish for the team as she took second behind North Carolina’s lead stroke specialist.

The breaststroke races were split between Tanner Anderson and Brandon Flynn.  Anderson led the team in the 100 breast, finishing 11th overall in 58.80 seconds while Flynn finished eighth overall in the 200 breast in 2:06.25.  Flynn also led the team in the 200 IM, garnering a fifth-place overall finish in 1:52.44, which was runner-up to both North Carolina and Tennessee.

Kentucky will take on another quad meet for its next competition when the Wildcats head to Columbia, Mo., for the Mizzou Quad.  The meet will feature SEC opponent Missouri as well as Southern Illinois and Northwestern, and will be held next Friday and Saturday, Nov. 6-7.