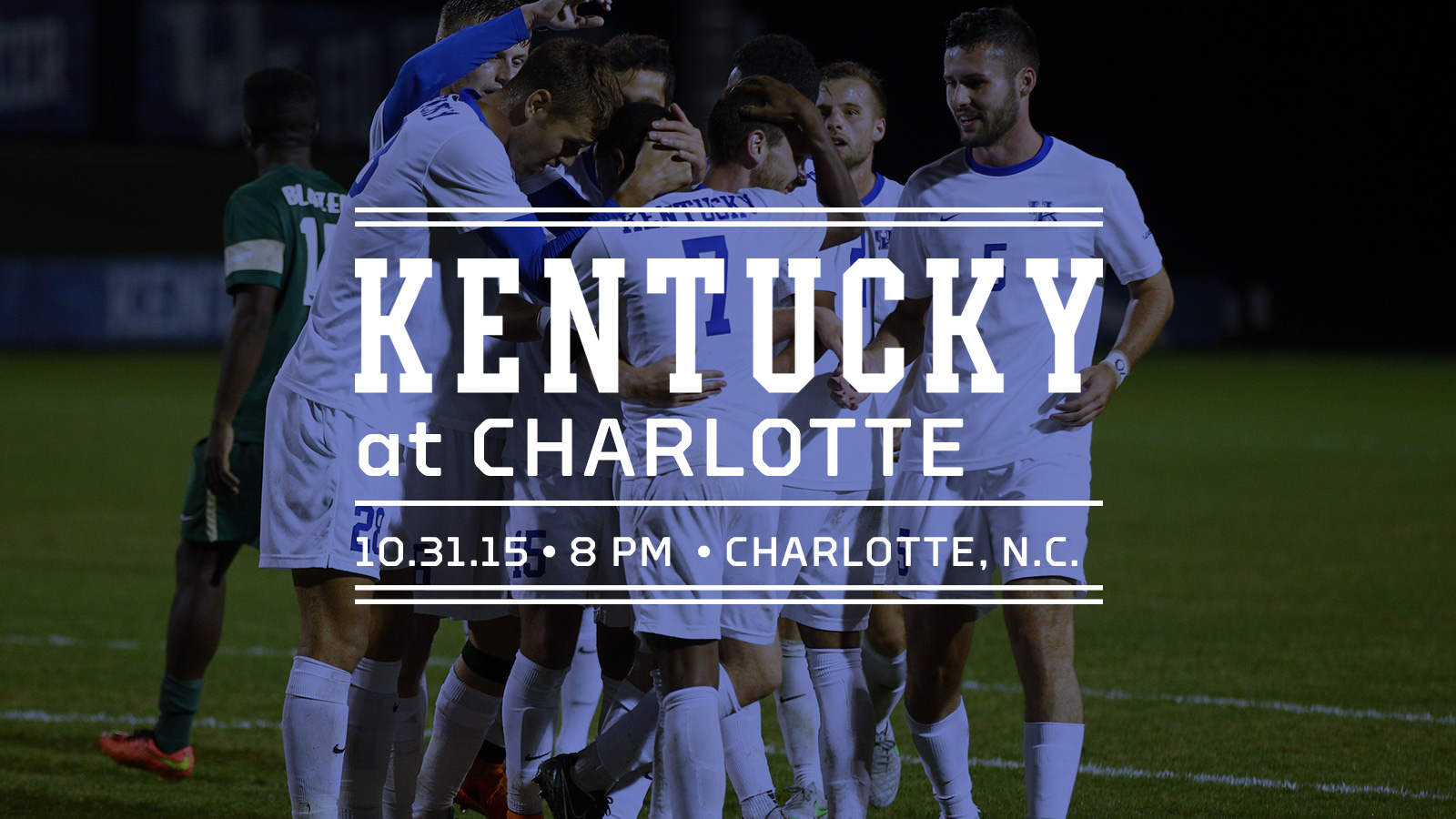 No. 16 UK Visits Charlotte with C-USA First Place up for Grabs

CHARLOTTE, N.C. – For the second season in a row Kentucky men’s soccer and Charlotte are positioned at the top of the Conference USA Table late in the year. And for the second time in as many seasons the two teams will meet during the stretch-run portion of the schedule.

The Wildcats and 49ers are set to kick off on Saturday at 8 p.m. at Transamerica Field. The match will be broadcast on Charlotte49ers.TV.

The setup
Kentucky (9-3-2 overall) and Charlotte (8-4-2 overall) are tied atop the C-USA table on 16 points. Both teams are undefeated in league play with five wins and one draw each – each of those draws came against No. 13 Old Dominion.

Kentucky and Charlotte will have one additional league game to play after Saturday’s match – Kentucky at home against Florida International and Charlotte at UAB – on Nov. 7.

Other teams still in contention in the C-USA race are South Carolina on 15 points with one match to play in the league, and ODU on 11 with two matches remaining.

The Precedent
UK and Charlotte faced off in a head-to-head showdown on the last day of last regular-season a year ago with the conference title on the line. The 49ers edged UK 2-1 at The Bell that night.

Napo Matsoso opened the scoring on nine minutes against Charlotte last season before Hans Honer equalized just past the half-hour mark and Conner Agnew scored what proved to be the winner four minutes after the break.

The notes
Much like a season ago, both teams are the class of the league defensively. The Wildcats lead the league with a 0.61 goals against average this season, with Charlotte close behind with a 0.62 mark. Each team has allowed nine goals this year.

Kentucky has not yet conceded a goal in league play. Charlotte has allowed two goals in C-USA games.

Callum Irving leads C-USA in individual goals-against average (0.62) and shutouts, and has yet to surrender a goal in conference action (six games, 578.34 minutes).

As a team Kentucky has eight shutouts this season. Irving does not get full credit for the blanking of Eastern Illinois as he came off for the final 11 minutes of that match.

The opponent
Charlotte is 4-0-0 against UK all-time.

Charlotte enters Saturday’s match having won five in a row.

The 49ers have the second most goals in league play, having scored 11. They lead the league in shots in conference games with 94, an average of 15.67 per league game.

A danger man for the 49ers is Kyle Parker, the reigning C-USA Offensive Player of the Week and 2014 All-American, is the league leader in points with nine goals and three assists this year. He has four goals in his last three games.