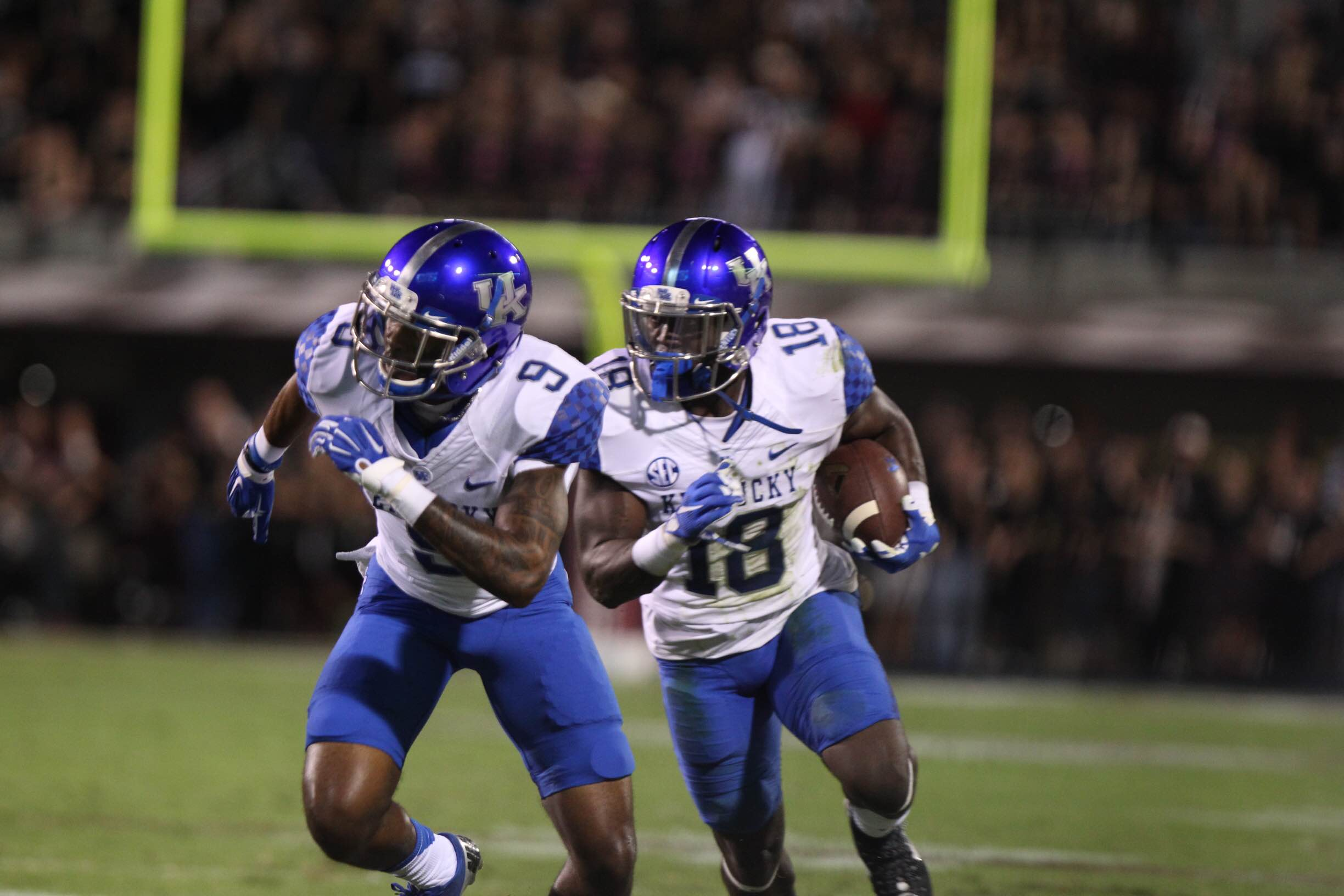 Kentucky quarterback Patrick Towles went 23-for-42 in the game for 218 yards and two interceptions, rushing six times for 13 yards and a touchdown. Boom Williams was the leading rusher for Kentucky, carrying the ball 18 times for 95 yards, including a 25-yard rush. Dorian Baker had seven receptions for 56 yards, while tight end C.J. Conrad had a career game with six receptions for 56 yards and sophomore Garrett “Juice” Johnson had five catches for 74 yards.

Kentucky (4-3, 2-3 Southeastern Conference) scored first when Towles rushed in from two yards out to complete a seven-play, 69-yard drive in the first quarter. After the Bulldogs responded with a Prescott touchdown run to tie the game 7-7, UK put together an eight-play drive to retake the lead 10-7 after an Austin MacGinnis 44-yard field goal.

That was the last lead the Wildcats would claim as Mississippi State scored 35 of the next 44 points to break open the game and claim a 42-16 lead with nine minutes to go in the game.

The Bulldogs opened up the lead with three straight touchdowns in the second quarter, including two in the final 1:34 of the half. Prescott was at the center of all three touchdowns, throwing a 13-yard score to De’Runnya Wilson and eight-yard TD pass to Holloway before rushing in for 20 yards late in the first half.

MacGinnis added a 48-yard field goal with three seconds to go in the half and a 32-yarder late in the third quarter before Prescott connected with Darrion Hutcherson to increase the lead to 35-16. Prescott put the finishing touches on the win with 9:14 to play in the fourth quarter, rushing in from 18 yards out to give the Bulldogs a 42-16 victory.

The Wildcats will return to action on Saturday, Nov. 31 when they play host to rival Tennessee. Kickoff is set for 7:30 p.m. ET on SEC Network.