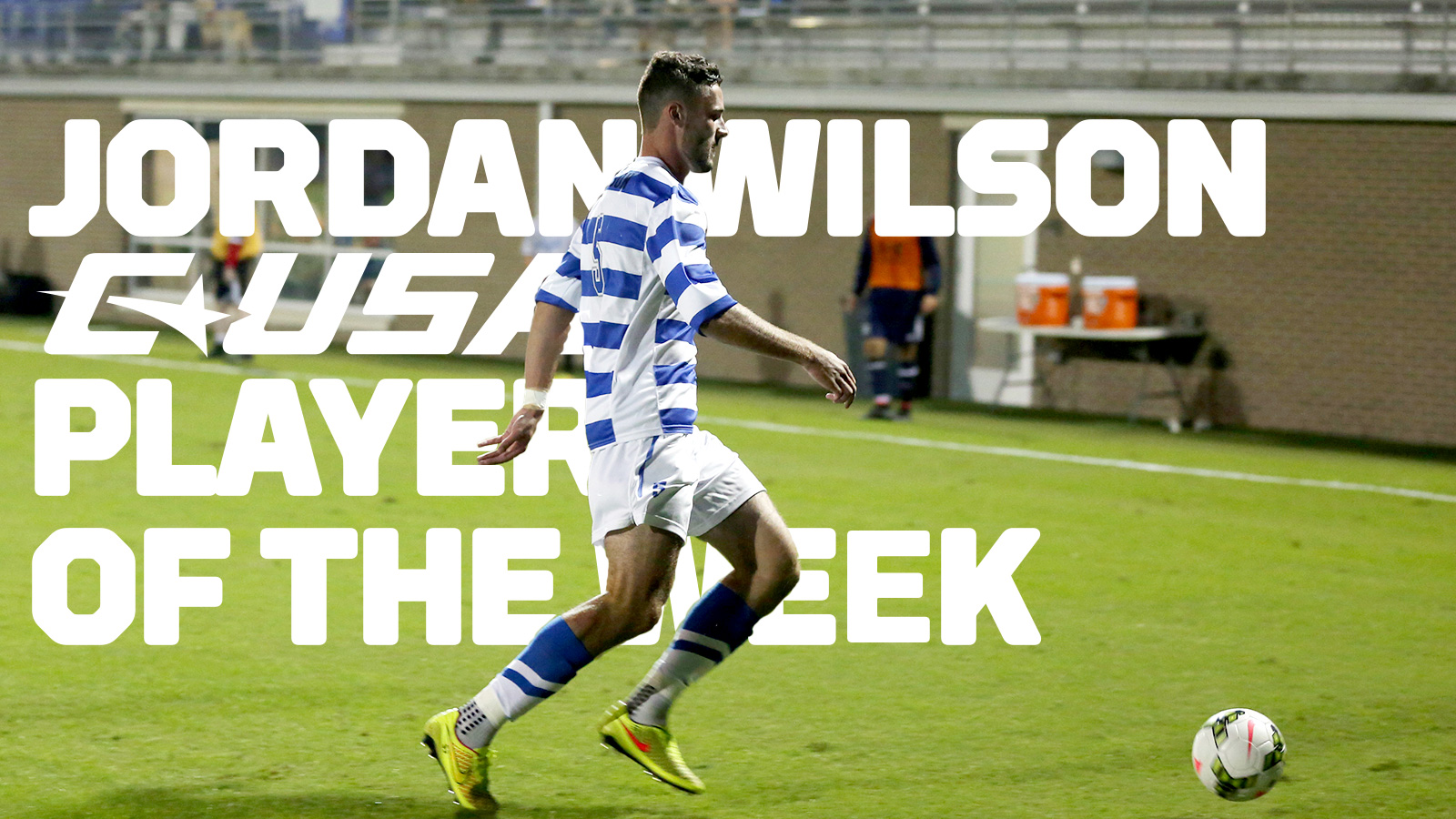 LEXINGTON, Ky.  – For the third week in a row a Kentucky Wildcat was named Conference USA Player of the Week, this time Jordan Wilson picked up the honor on the defensive side of the ball.

Stefan Stojkovic and Napo Matsoso were named C-USA Offensive Player of the Week each of the past two weeks.

Wilson performed well on both sides of the ball for Kentucky as the Wildcats blanked C-USA foe No. 17 South Carolina, 1-0, to remain perfect in league action (4-0-0). Kentucky edged the Gamecocks in a matchup of teams that entered the match unbeaten in the league on a header by Wilson in the 31st minute – his first career finish.

The junior anchored a back line which has yet to surrender a goal in C-USA play, posting four league shutouts and six clean sheets overall this season.

The win was Kentucky’s second victory over a top-25 opponent this season.

Wilson’s was named C-USA Player of the Week for the first time this season and the second of time in career (Oct. 13, 2014).