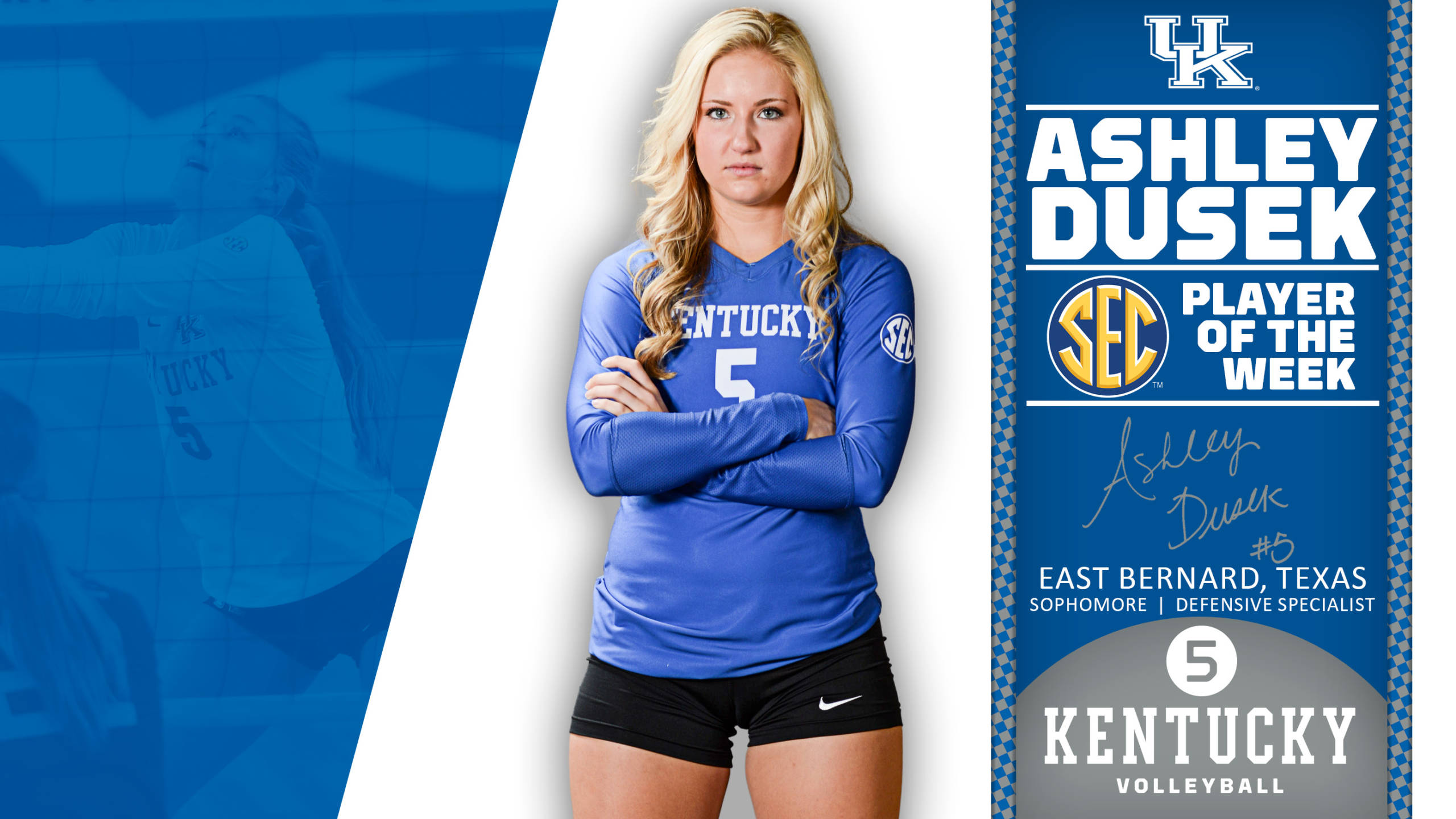 The defensive honor marks Dusek’s second of the season – her first coming on Sept. 28 after helping UK to victories over South Carolina and then-No.5 Florida on the road. Her Player of the Week recognition marks the first of her career, as she joins senior setter Morgan Bergren as the second Wildcat to be named the top performer in the SEC this season.

Dusek put on an incredible performance during the week’s play, logging a jaw-dropping, league-high 7.56 digs a set, snagging 68 total digs over the span of nine sets.

The sophomore’s monster weekend was highlighted by a record-breaking performance at Auburn on Oct. 16. The East Bernard, Texas, native broke a 22-year-old record, setting the all-time record for digs in a single match with 40 against the Auburn Tigers. Dusek is just one of just six players to record 40 or more digs in a single match this season in NCAA Division I and the only one from a major conference to do so.

Dusek followed up her 40 dig performance by logging 28 more in four sets against No. 17 Florida in the lone top-25 matchup in the SEC during the past week. The loss to the Gators snapped a nine-game winning streak for the Cats, including an unscathed record in league play.

Following the week, Dusek now leads the conference in digs per set, both in all matches (5.09 digs/set) and conference only statistics (5.38 digs/set). She also leads UK in total digs with 356, including 140 in SEC action.

The Wildcats return to action on Friday at 7 p.m., where they face off with the Crimson Tide of Alabama in Tuscaloosa, Ala. The match marks the second meeting of the season for the two sides, as UK beat Alabama in four sets on Oct. 4. Following the rematch with Alabama, the Wildcats head to Oxford, Miss. for their first matchup of the season with Ole Miss.