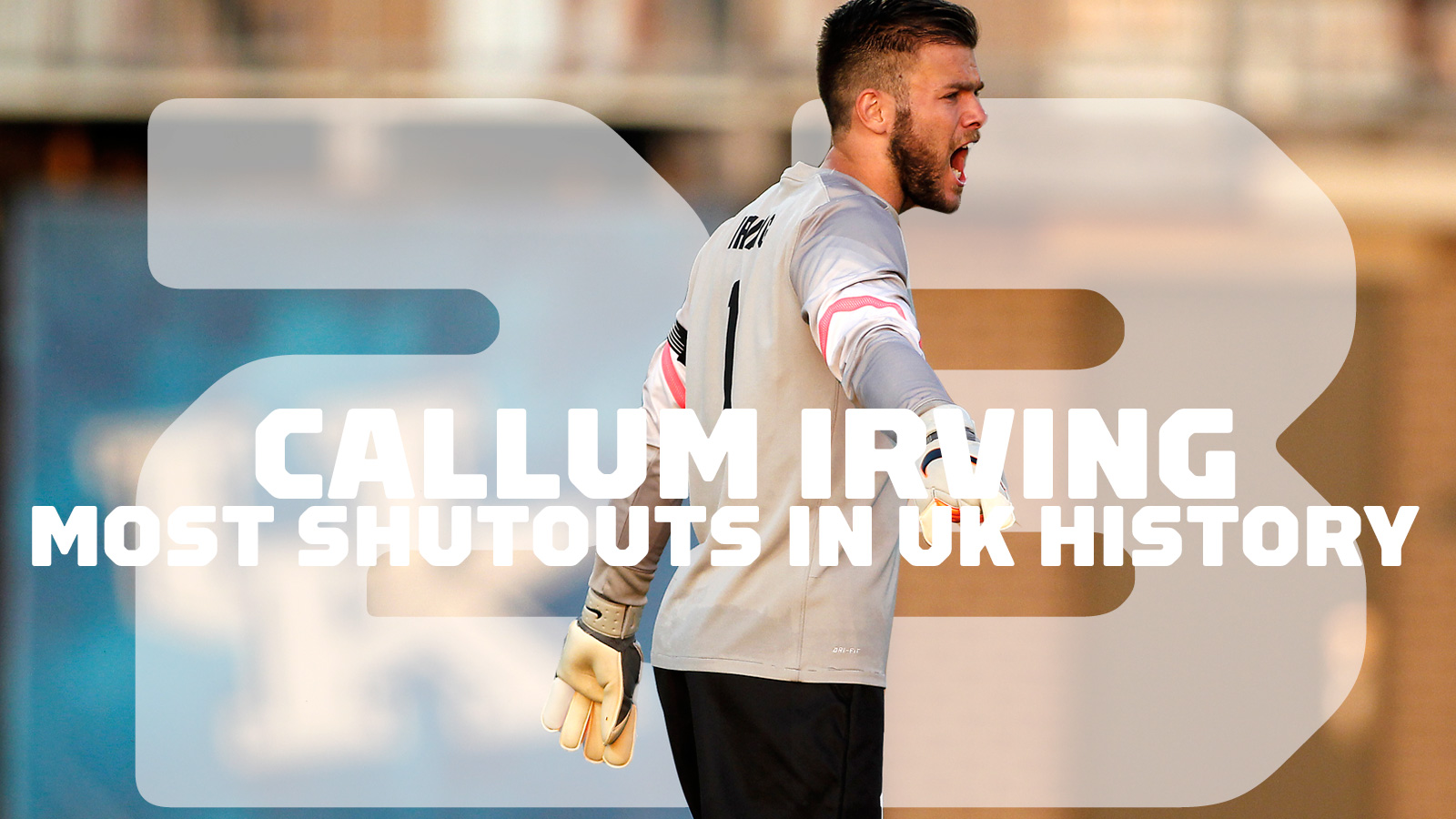 He recorded his 23rd career shutout in Kentucky’s 1-0 victory over No. 17 South Carolina on Sunday.

Irving’s shutout moved him past UK all-time greats Brian O’Leary (1997-00) and Andy Gruenebaum (2002-05) for the top spot in the Kentucky record book.

He has five shutouts this year after he recorded 10 last season, which was the second most ever in a single season by Wildcat (12 is the record by Chris West in 1995). He had six clean sheets as a sophomore and one as a freshman.

Last season Irving became the fourth Wildcat to be named an All-American by the NSCAA, and also a Scholar All-American. He was also a NSCAA First Team All-Region selection.

In 2014 he was voted the Conference USA Player of the Year, Defensive MVP and First Team All-C-USA honoree in addition to winning the Golden Glove Award, which went to the conference goalie with the most shutouts in league-play (five).

His 0.90 career goals-against average ranks second in UK history, behind Greg Raber (2001-02; 0.85). He is currently ahead of Gruenebaum (0.97). Gruenebaum recently concluded a nine-year MLS career. He is now a broadcast analyst with Sporting Kansas City.