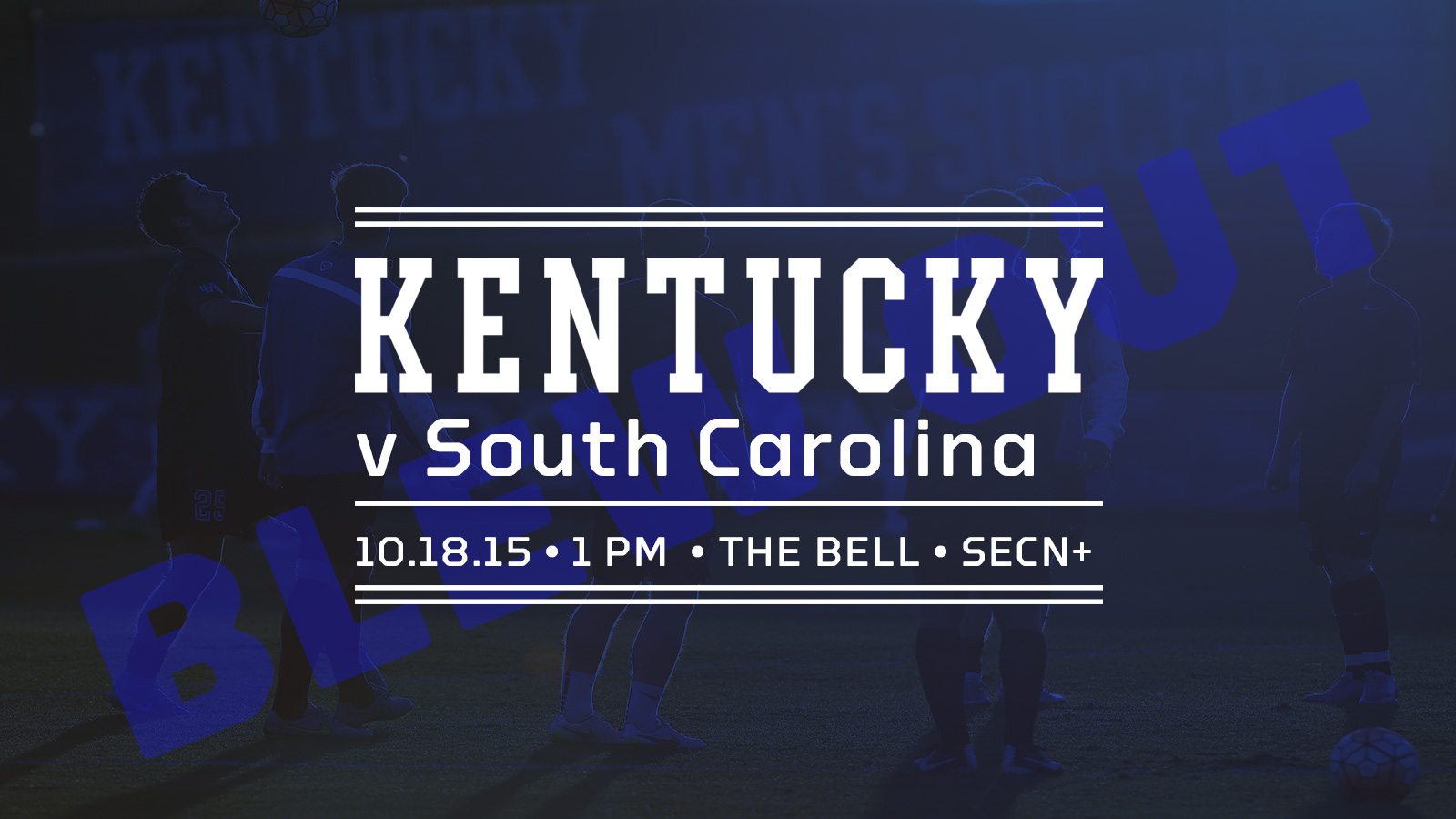 LEXINGTON, Ky.  – Fifteenth-ranked Kentucky and No. 17 South Carolina will rekindle the only men’s soccer rivalry in the Southeastern Conference at The Bell on Sunday at 1 p.m.

More importantly because the two teams compete in Conference USA in men’s soccer, the match will have serious implications atop the league table. Both teams are unbeaten in conference play this year.

The match has been designated as a Blew Out. Kentucky supporters who wear blue will receive free admission and the first 250 Cats fans through the gates to The Bell will receive BlueVuzelas (blue vuvuzelas).

The match will be broadcast on SEC Network+.

The setup
Kentucky (7-3-1 overall) and South Carolina (7-4-1 overall) are the only two SEC schools that sponsor varsity men’s soccer. As such, the fixture is colloquially known as the SEC Championship.

Kentucky had its five-game winning streak snapped midweek against Ohio State. The loss was UK’s first at The Bell this season. UK’s 2015 home record is 5-1-1.

The Wildcats are 5-1 in their last six outings with a goals scored-conceded ratio of 15-2.

Fifteen of Kentucky’s 20 total goals this season have come after the halftime break.

The opponent
Kentucky and South Carolina split the series last season, with both matches ending in thrilling fashion.

South Carolina leads the all-time series 6-5-3. Kentucky has a 3-2-1 lead in games contested in Lexington.

South Carolina is coming off a midweek loss to No. 23 North Carolina State.

The logistics
Tickets are free for Wildcats fans wearing blue apparel. Gates will open at Noon.

The first 250 Cats fans through the gates to The Bell will receive a BlueVuzela.

Kentucky has welcomed a record 12,218 fans to men’s soccer games at The Bell this season, an average of 1,745 per game, which has given the Wildcats one of the best gameday atmospheres in the country.