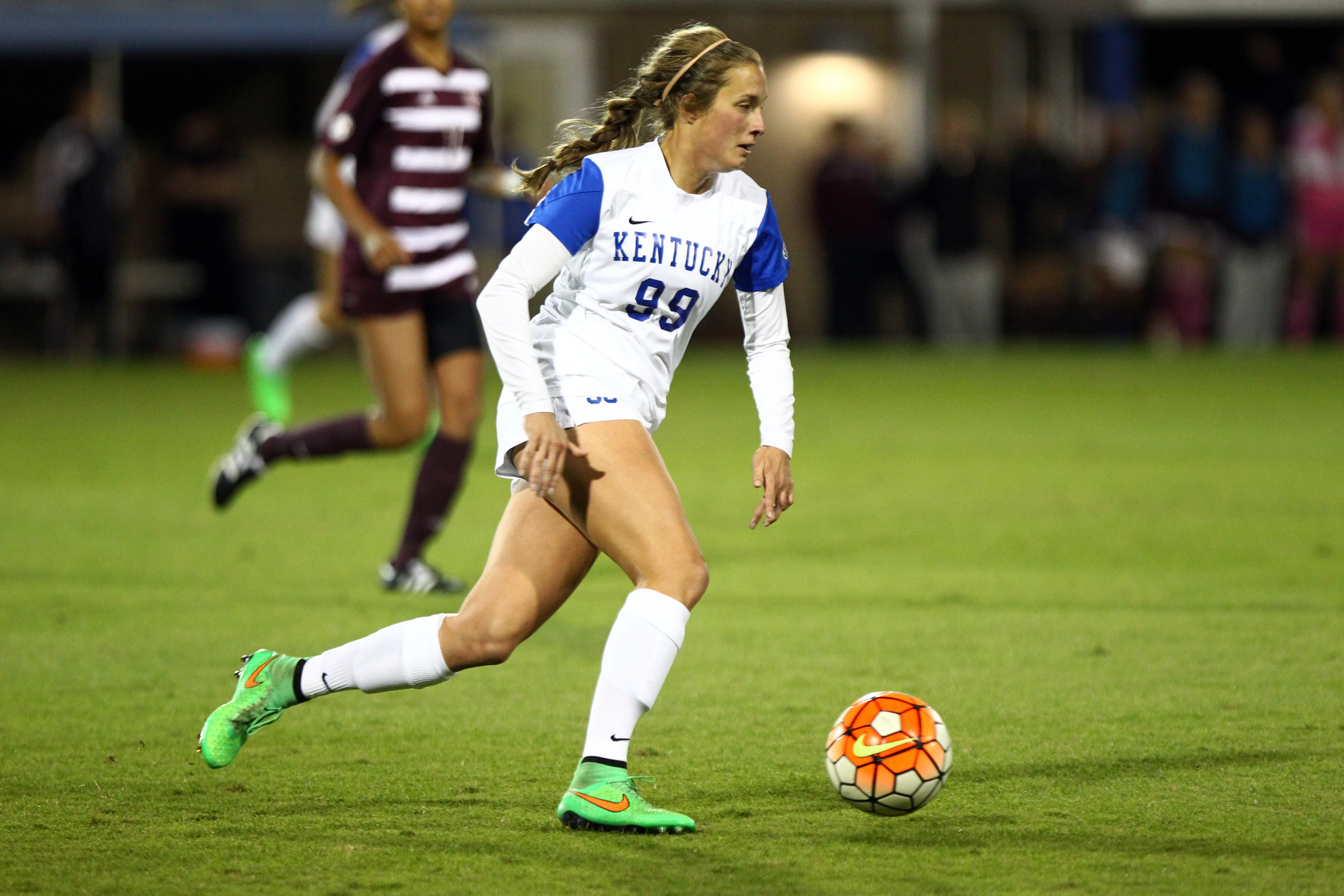 Wildcats Blanked by Aggies in 1-0 Defeat

LEXINGTON, Ky. – The Kentucky women’s soccer team dominated all facets of the match including possession and shots on Friday night, but fell victim to an individual moment of brilliance by Ally Watt in the 41st minute as the No. 22 Texas A&M Aggies shutout Kentucky for a 1-0 win.

The Wildcats held the ball and knocked it around better than they have at any point during the season on Friday, but weren’t quite clinical enough in the final third to convert on any scoring chances.

“As usual, it was a joy to have a highly-competitive game with Texas A&M,” UK head coach Jon Lipsitz said. “We were very happy with how well we limited their chances. We were happy with what we got, but they had a moment of individual brilliance and we didn’t, and so we lost another hard-fought game. We’ll find ways to score goals in difficult situations that we are not finding right now. I’m very proud of the team for limiting a team like Texas A&M to only four shots and if we continue to do that, we will find success down the road.”

With the loss, UK falls to 9-4-3 on the season, and sits on 11 points in the Southeastern Conference season at 3-2-2 in league play.

Texas A&M scored on its first and only shot of the first half as Watt got the ball off a counter attack into her feet about 25 yards from goal, went 1-on-1 with the UK defense and turned and faced, firing a goal past Ayanna Parker, who was making her first start of the season in net. The shot by Watt was one of just four the entire match for TAMU.

Kentucky’s best chance to score came in the 51st minute as Cara Ledman whipped in a corner from the far side and Tanya Samarzich got her right foot to it and had it goalbound before it was swatted off the line by a Texas A&M centerback after it had gotten past the keeper.

UK has now been shutout for three matches running for the first time under Lipsitz.

The Wildcats will take the rest of the weekend off before returning to the pitch a week from Friday at No. 3 (NCAA RPI) Auburn on The Plains. The match between the Tigers and Wildcats will kick off at 8 p.m. ET and be shown live on the SEC Network+.