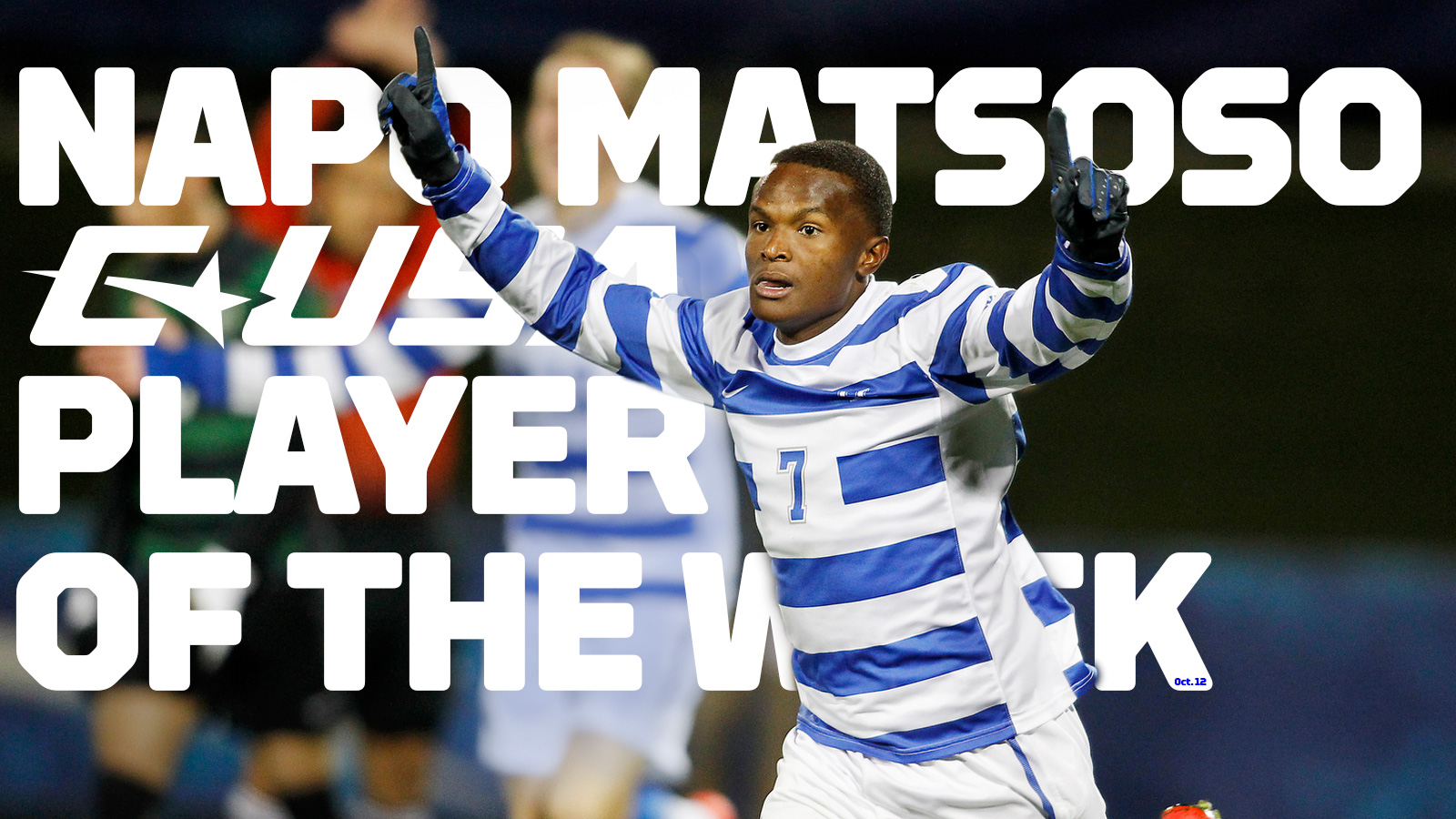 Matsoso had a hand in all four goals, netting one and assisting the other three, in Kentucky’s 4-1 win over Evansville Oct. 7.

Old Dominion’s Ivan Militar scored and assisted a goal in a home win over New Mexico to share the award with Matsoso.

Matsoso, a junior, scored an exceptional goal from 30 yards across goal with a ton of swerve into the right upper 90.

He also provided the impetus for the opening goal, taking the ball from inside his own half, dribbling into the Evansville box and hitting a bullet that the Evansville keeper narrowly saved, allowing a rebound that was volleyed home.

For the match’s third goal, Matsoso played the ball from the center of midfield to teammate Sam Miller who took two touches to beat his defender and then launched a shot far post past the keeper for the 3-0 lead.

Later, Matsoso played in a pass behind the Evansville defense for last week’s C-USA Player of the Week Stefan Stojkovic who netted the fourth.

Matsoso’s earned C-USA Player of the Week for the first time this season and the second time in his career (Oct. 27, 2014).