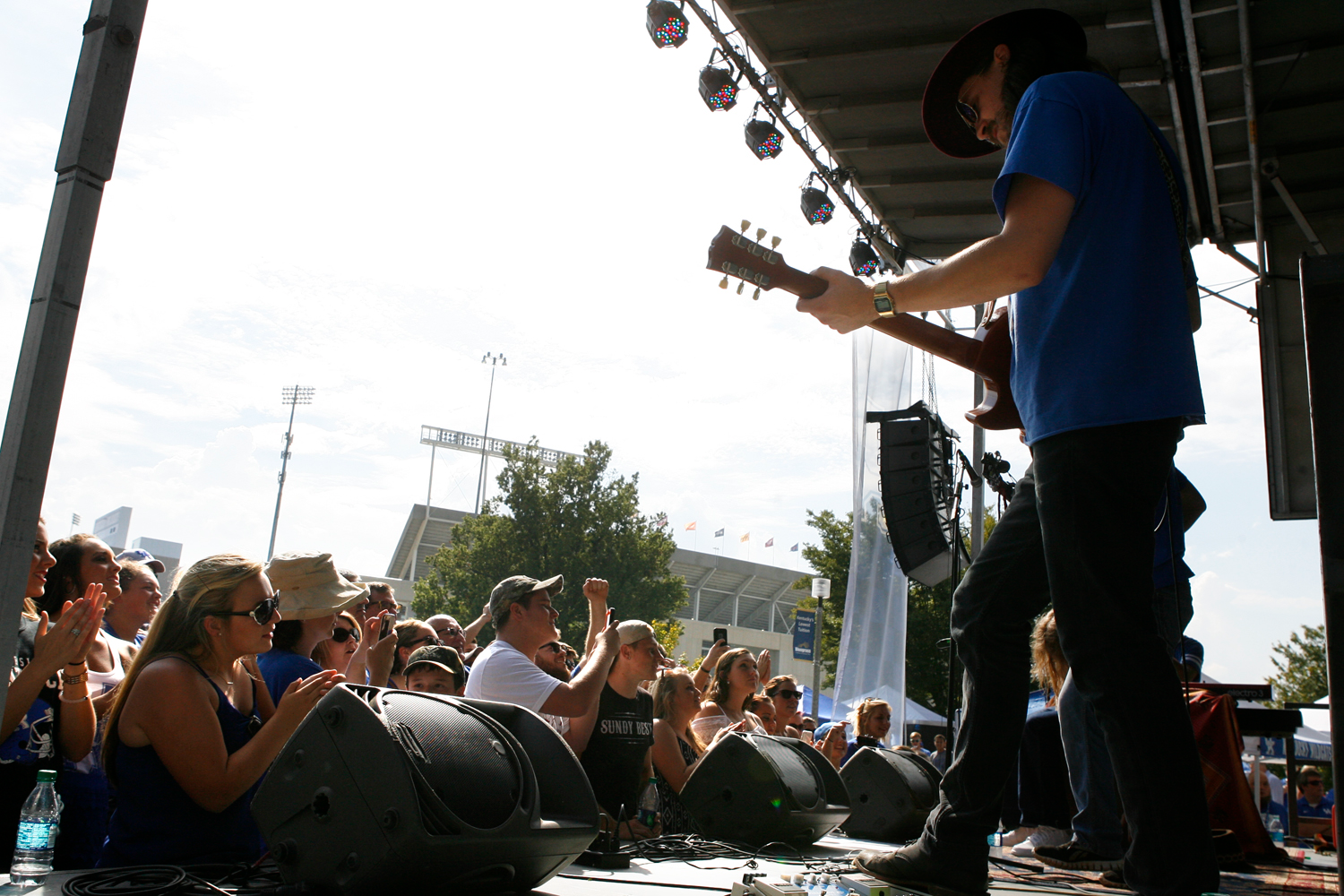 LEXINGTON, Ky. – Not only will Kentucky play its first primetime Thursday game in program history next week, fans will also be able to enjoy pregame entertainment that will feature one of country music’s most recognizable duos, a top touring DJ and a singer who has captured hearts across America.

Montgomery Gentry will headline UK’s fifth pregame concert in as many home games on Thursday, Oct. 15. The duo, which features Kentucky natives Eddie Montgomery and Troy Gentry, will take the stage next to the Glenn Infiniti of Lexington Green Lot adjacent to Gate 1 of The New Commonwealth Stadium at 4 p.m. Montgomery Gentry, which has had five singles reach No. 1 on Billboard’s country-music charts, will also play an encore following the Cat Walk at 4:45 p.m.

During the Cat Walk, Dee Jay Silver will supply the music. Dee Jay Silver has been a top touring DJ/remixer/producer for more than 10 years, having played in premier venues in virtually every major market in the United States, Mexico, and Canada.

Bradford BBQ and That’s How We Roll food trucks will be on site starting at 3:30 p.m. near the Glenn Infiniti of Lexington Green Lot to serve fans. They will remain there until approximately 6:30 p.m. or as long as supplies last.

Inside the stadium, Marlana VanHoose will sing the national anthem. VanHoose is a 19-year-old Kentucky native who suffers from cerebral palsy, but has an incredible voice that has carried her from singing at UK women’s basketball games to performing at the MLB Home Run Derby and the NBA Finals. VanHoose will also join Montgomery Gentry for a song on stage during the pregame concert.

Kentucky’s game against Auburn is sold out, marking the fourth sellout in five Wildcat home games in 2015. Fans planning to attend the Thursday-night game should visit http://ukathleticsgameday.com/thursday/ for game-day information.

Kentucky is off to a 4-1 start to the 2015 season after overcoming a 14-point fourth-quarter deficit against Eastern Kentucky on Saturday. Auburn now stands in the way of the Cats’ second 5-1 start in as many seasons.