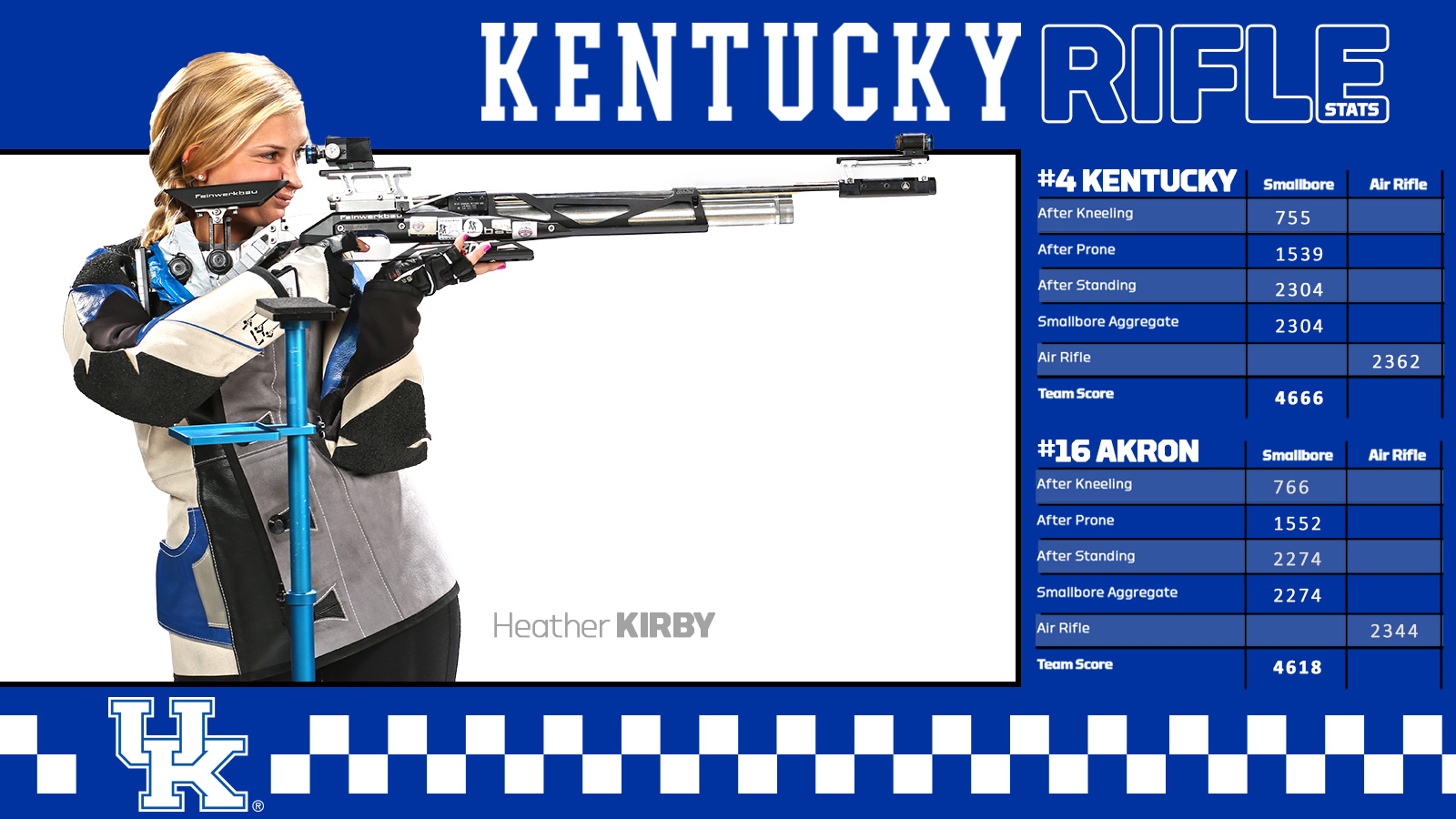 The Wildcats opened with a score of 2304 in smallbore to take 30-point lead into the air rifle portion of the match. Kentucky bettered Akron 2362-2344 in air rifle to clinch the victory.

“Our numbers were down from where we’d like them to be, but I was impressed with the team’s response especially our freshmen,” UK head coach Harry Mullins said. “This being the first match of the year we had some struggles, but we worked through them. Now if we keep working hard we’ll be able to put up better numbers in future. Hannah Carr was shooter of the match.”

Heather Kirby was UK’s No. 2 air rifle scorer, and tied for second in the match, with a 591. Freshmen Carmen Fry and Cathryn Papasodora both shot a 589. Sonya May shot 583.

“Kirby was good,” Mullins said. “We saw some good things. Carmen Frye had personal best scores in smallbore and air rifle. Cathryn Papasodora was strong in air rifle, and Jason Sharbel didn’t get off to a great start, but showed good recovery. For the first match we had a lot of hiccups, but were able to work through some of them.”

“I was especially proud of our freshmen,” Heather Kirby said. “We had a few newcomers shooting their first match and they handled it well as far as nerves and shooting in new locations. Getting back to competition got everyone excited even though we saw we have some obstacles in front of us. We just have to get back to work as we move toward our goals for the season.”