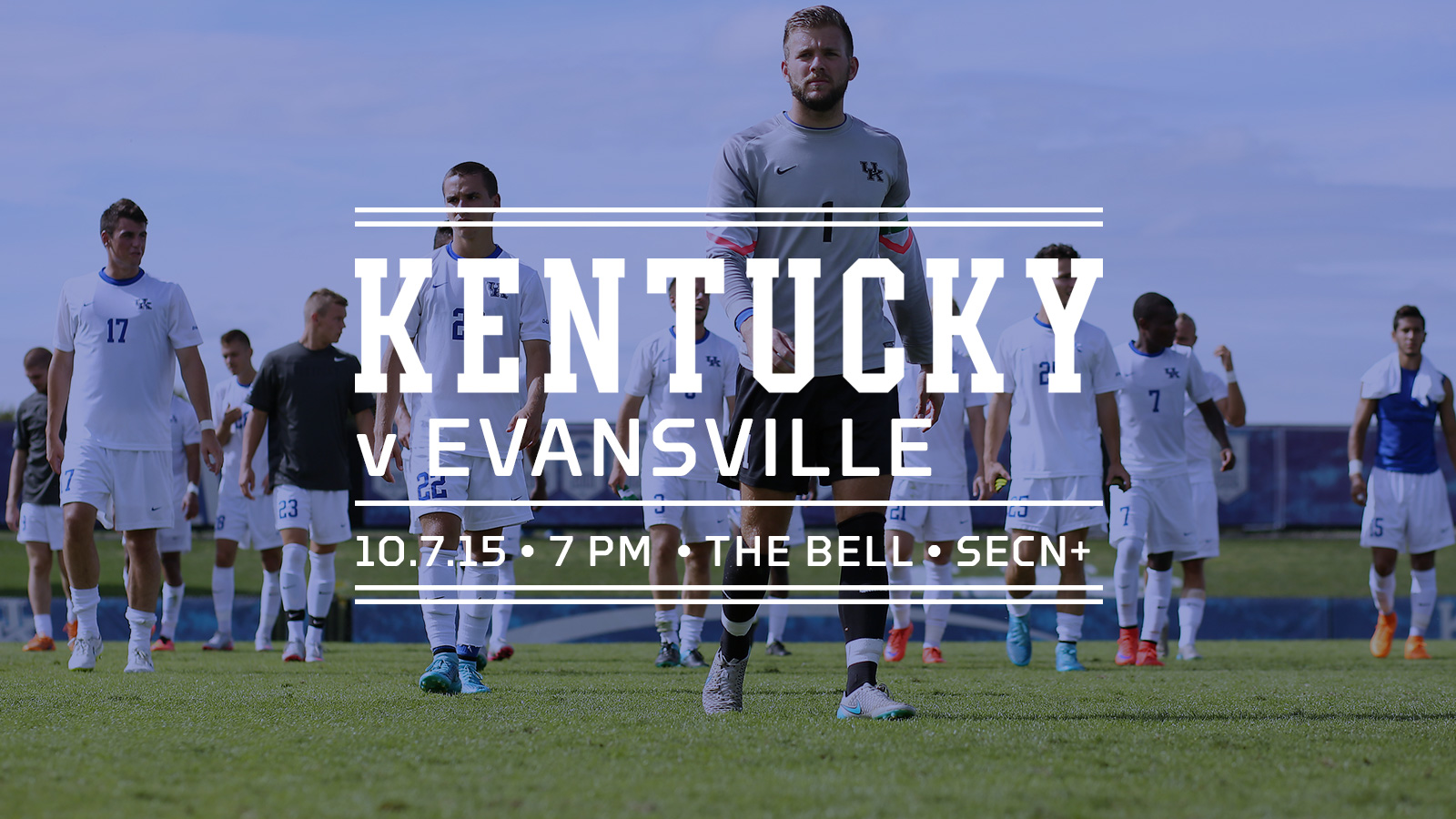 LEXINGTON, Ky.  – The No. 20 Kentucky men’s soccer team will put its four-match winning streak on the line when it welcomes Evansville to The Bell at 7:05 p.m. on Wednesday.

The Wildcats return to the pitch three days after a last-gasp 1-0 win at No. 20 New Mexico on Sunday.

Wednesday’s match will be broadcast on SEC Network+.

The setup
Stefan Stojkovic scored the golden goal with 1:26 to play at New Mexico, and is the freshly minted Conference USA Offensive Player of the Week.

Stojkovic has scored four goals in his last three matches.

Kentucky has won four straight, and is undefeated in C-USA. The Wildcats are 6-2-1 overall, 3-0-0 in the league.

Goalkeeper Callum Irving has kept shutouts in each of the last four. He now has 22 career clean sheets, tying him for the UK all-time record with Brian O’Leary (1997-00) and Andy Gruenebaum (2002-05).

The opponent
Evansville enters the match 2-7 this season, including four straight losses.

Kentucky defeated Evansville 5-1 on the road last season. Evansville won the last meeting in Lexington, 2-1 in 2013.

The logistics
Gates will open at 6 p.m.