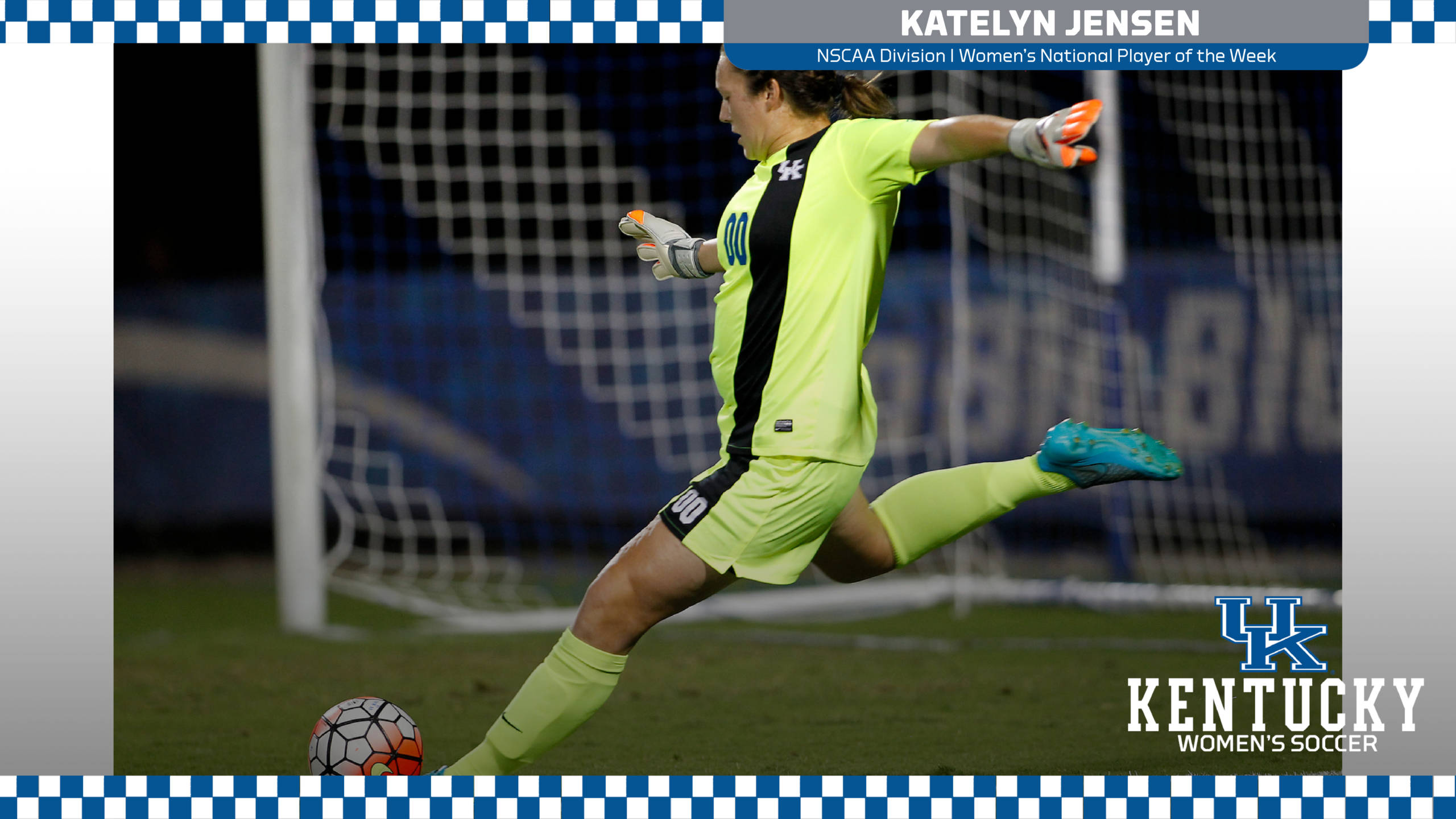 Jensen Named NSCAA Division I National Player of the Week

LEXINGTON, Ky. – Freshman goalkeeper Katelyn Jensen has been named the National Soccer Coaches Association of America (NSCAA) Division I Women’s Soccer National Player of the Week, it was announced by the NSCAA office in Philadelphia on Tuesday.

Jensen becomes the first Kentucky player in history to win the NSCAA National Player of the Week award in its 23-year history.

The Ashburn, Va., native made a career-high 13 saves on another career-high 27 shots faced by the Gators in the 1-1 draw. Her 13 saves were the most saves in a single match for any UK goalkeeper since 1998, and the third-most saves in a single match in UK program history. She kept UK in the match, making three diving saves in the first half with two to her right and one to her left on the ground.

This marks the first-career honor by the NSCAA for Jensen, who has started all 13 matches of the season in the net for Kentucky. She currently sports a 0.75 GAA, which ranks fourth in the SEC. She also has a save percentage which ranks sixth, and seven shutouts, which is second in the SEC.

The draw in Gainesville gave Kentucky just its second-ever result in Gainesville, Fla., breaking a four-match losing streak to UF at Pressley Stadium. All-time at Florida, the Wildcats are 0-8-2 now with the draw coming as UK’s first point against UF in the Sunshine State since 2003.

UK has a split weekend this week, playing host to Vanderbilt on Friday night at the Bell Soccer Complex beginning at 7:30 p.m. ET before traveling to Starkville, Miss., for a 7 p.m. ET match on Sunday at Mississippi State. Both matches will be shown live on the SEC Network+, WatchESPN and ESPN3.