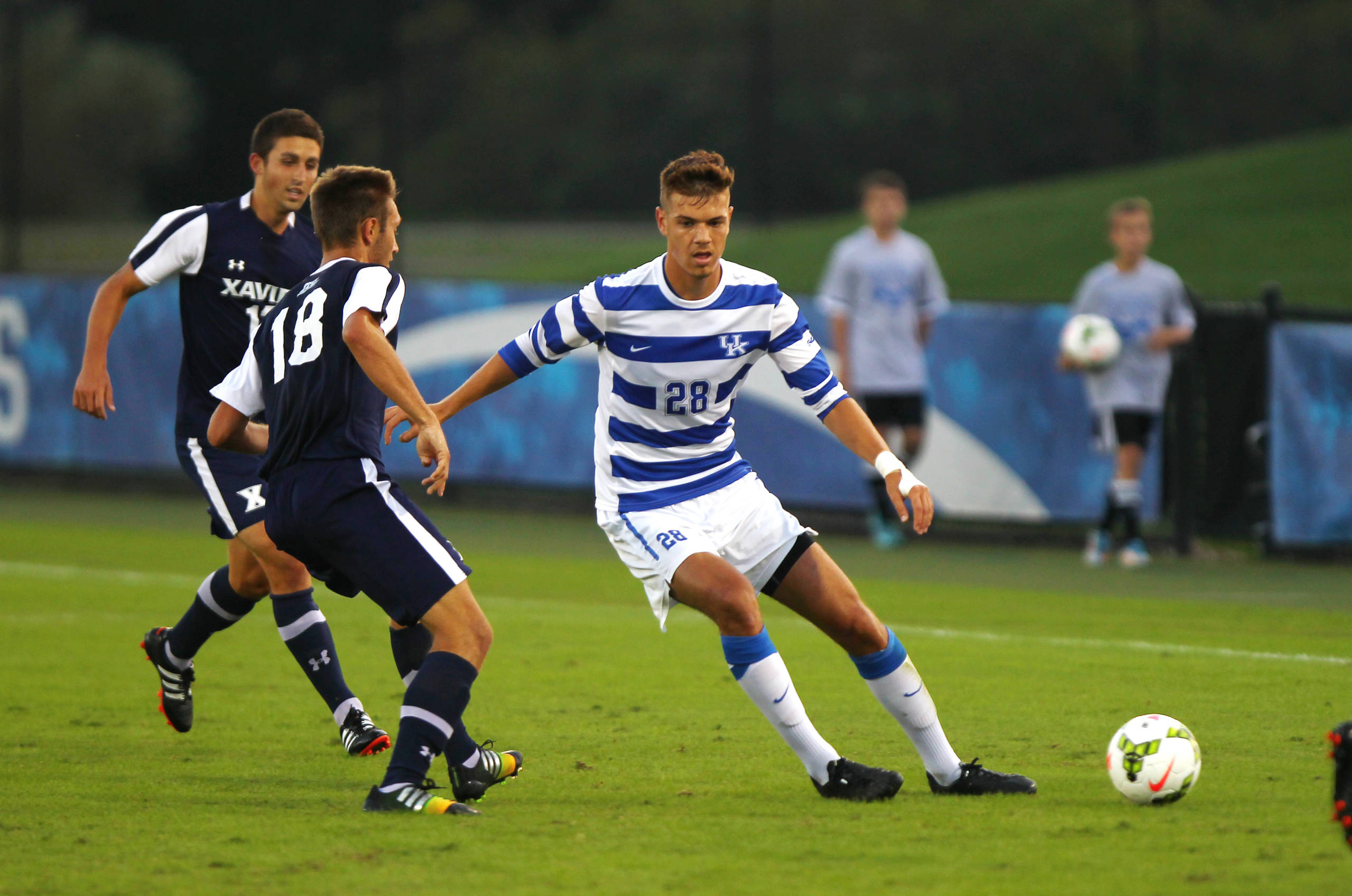 LEXINGTON, Ky. — After scoring the golden goal with 86 seconds remaining in double overtime to give the Kentucky men’s soccer team a 1-0 win at No. 20 New Mevico, sophomore Stefan Stojkovic has been named Conference USA Co-Offensive Player of the Week, it was announced by the league office on Monday morning.

A native of Halmstad, Sweden, Stojkovic’s fourth goal in the last three matches lifted Kentucky to the key conference win on Sunday at UNM and vaulted Kentucky (6-2-1, 3-0-0 C-USA) square into the race for the league regular-season title.

Stojkovic beat a pair of New Mexico defenders to secure a pass from Napo Matsoso in the 109th minute, then sliding the ball past the UNM keeper into the corner of the net for the game-winning tally. Stojkovic was rampant throughout the tilt, firing four shots against the UNM defense, which entered the game tied with UK for the best goals-against average in the circuit.

In goal, senior Callum Irving is charting the best career in Kentucky history after his shutout at New Mexico on Sunday. Irving, a native of Vancouver, British Columbia, has 22 shutouts in his career to move into a three-way tie for the UK all-time record with Brian O’Leary (1997-00) and Andy Gruenebaum (2002-05). Has kept five shutouts this season overall, including four consecutive.

The Wildcats return to action on Wednesday, playing host to non-conference foe Evansville at 7 p.m. at The Bell.