Back and better than ever: Towles wins QB job again

A week ago, Mark Stoops said a quarterback decision was close. Kentucky’s first scrimmage of the fall on Saturday, Stoops said, could be the final push the coaching staff needed to tab a starter.

Turns out he was right.

On Monday, Stoops announced that Patrick Towles had come out on top in a competition with Drew Barker.

“It was a good battle,” Stoops said. “Drew did some very good things, but once again Patrick played exceptional on Saturday. So, really encouraged with his progress.”

Towles returns to the role filled last season after a similar competition with Reese Phillips and Barker. The redshirt junior started all 12 games in 2014, completing 225-of-393 passes for 2,718 yards and accounting for 20 total touchdowns.

It was almost exactly a year ago when Stoops revealed to Towles he had first won the starting job. Towles was elated upon hearing the news last season, but he was more subdued this time.

Towles’ reaction is indicative of the approach he’s taken to fighting for the job he’s now won. He has been calm and focused throughout, confident in his own abilities yet constantly pursuing improvement.

“You can’t get in the habit of seeing how other people are playing or anything like that,” Towles said. “If you start worrying about other people, you’re not gonna improve the way you want to. You got to take a very proactive approach. Even if the competition is close or even if I was leading or Drew was leading, you’ve got to take it in the perspective of, ‘Hey, today I got a lot of work to do. I got to go a long way today.’ And if you go a long way every day, then you’re gonna get somewhere. And I think I did that.”

The results are showing in practice and Stoops expects that to continue when the Wildcats open the season on Sept. 5. Towles and his coach agreed he is better now than at any point in his time at UK.

“I think he’s just more comfortable,” Stoops said. “He’s making good decisions. He’s making very quick decisions where to go with the ball, and then he’s delivering it on time. He’s throwing it. He’s got a lot of arm talent, so he’s really doing some good things.”

Towles did plenty of good things in his first season as a starter, leading UK to victory over South Carolina and going toe to toe with Heisman Trophy contender Dak Prescott and then-No. 1 Mississippi State. He had some down moments as well, but the experience he gained only figures to help him.

“I’ve been through everything that I possibly could be through,” Towles said. “I’ve played in a lot of stadiums. I’ve done it all. I’m excited to do it all again. I got two more runs at this thing and I don’t plan on wasting an opportunity.”

As Stoops evaluated Towles and Barker, a redshirt freshman, the experience came into play.

“That has to be part of your decision making,” Stoops said. “He does have some good experience and he did some very good things. You’ve heard me say that over and over, that I was very pleased with a lot of what he did last year. Not perfect, but just like our team. We need to get better around him. The nice thing is I think we’re a lot better around him.”

Towles is now reaping the benefits.

“We got a lot more depth at receiver and our offensive line is a year older, which helps,” Towles said. “We got some good guys playing. We’re making really, really good competitive plays. You never want to succeed in practice because the defense busts or the offense messes up. You want to make good competitive plays, and that’s what we’ve been doing.”

As for Barker, the Burlington, Ky., was “very professional” when Stoops told him the news in an individual meeting.

“I believe Drew knows that it was very fair and he had every opportunity and he knows Patrick is playing at an extremely high level right now,” Stoops said. “And the nice thing is, what I love what I’m seeing out of Drew, is he’s just worrying about himself. He’s just getting better and he is. He’s playing the best football since he’s been here by far. He’s improving every day and that’s the attitude you want to see.”

Barker might not be taking the field for Kentucky’s first series, but his time will come. He must be ready.

“He has to prepare like he’s a starter every day,” Stoops said. “He’s one play away and that’s what I told him: Sooner or later, he’s going to walk in that stadium and get an opportunity and what’s he going to do with it? How’s he going to play? And I believe he’ll play well.”

Barker will likely have to wait a while longer for his first chance to play in The New CWS, while Towles will be the first to start at quarterback in Kentucky football’s new home. You could say he’s a bit fired up about that.

“I’m excited to be able to play in the first game there,” Towles said. “Being a Kentucky fan growing up, coming to Commonwealth Stadium and seeing phenomenal games here, and the new Commonwealth, being a part of that first game is truly, truly special to me and my family.” 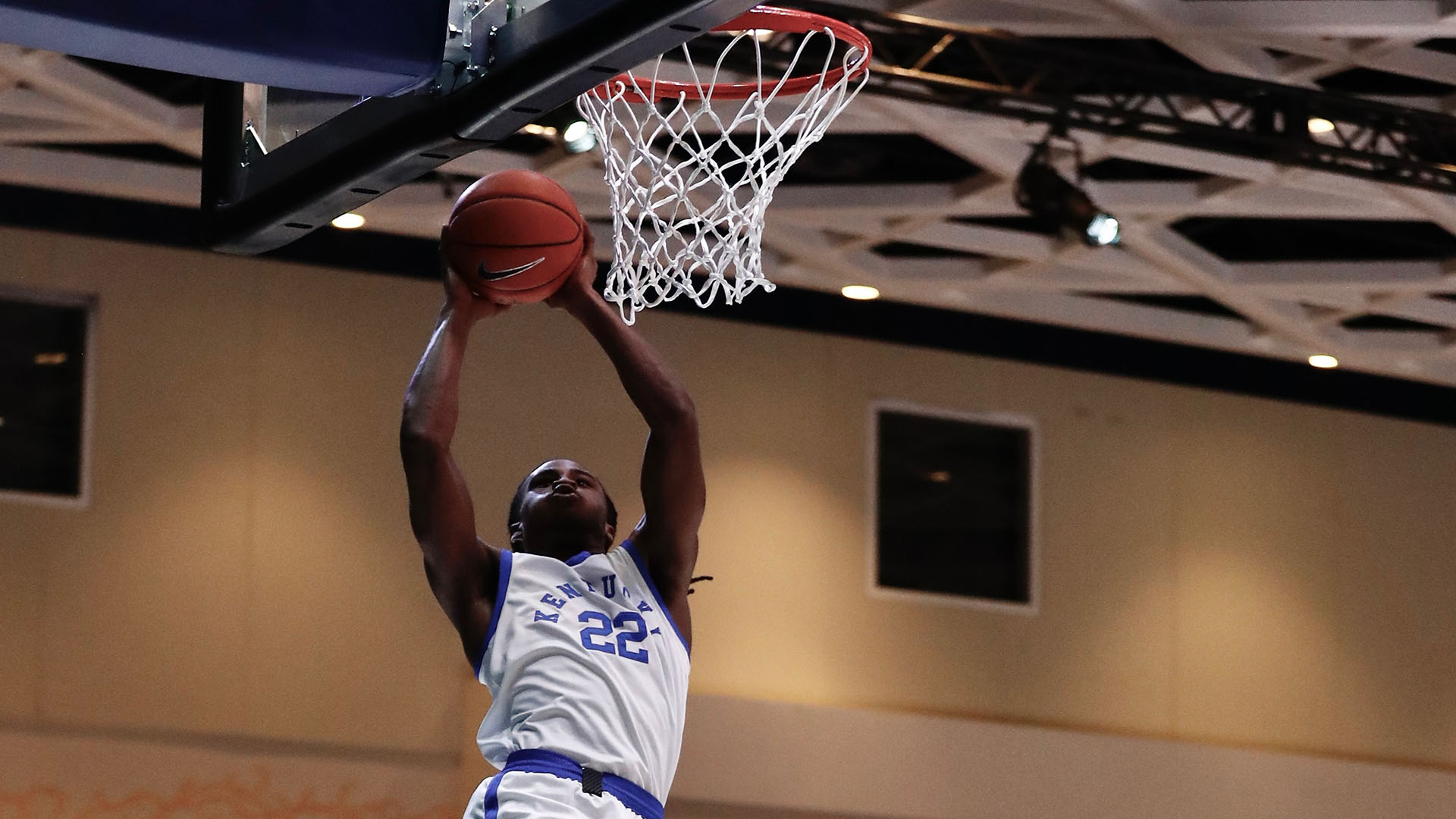