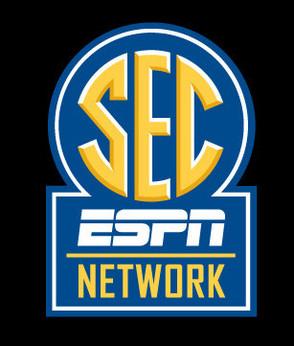 The SEC Network will transform the way fans follow the best conference in America. Set to distribute more than 1,000 live events and more programming showcasing our league in its first year alone, the SEC Network will be must-see-TV for Kentucky fans.

Thanks to the passion and support Big Blue Nation and fans throughout the league, the new network will be available in more than 90 million American households when it launches on Aug. 14. Every major provider in the state of Kentucky has signed on to carry the SEC Network, including Time Warner, DISH Network, DirecTV and AT&T U-verse. If you aren’t sure whether your cable or satellite provider is on board or are looking for more information on where to watch, check the Where to Watch section.

Wildcat teams will be featured extensively on the SEC Network from launch day forward, with UK men’s basketball set to play the first live game on the channel as part of its Big Blue Bahamas tour on Aug. 15. Additionally, two football games — including the Wildcats’ season opener — six volleyball games and two women’s soccer games featuring UK have already been selected to air on the SEC Network, with many more to come when winter and spring schedules are announced.

Those games only capture a portion of the SEC Network’s impact, as the network’s digital platform will exclusively carry approximately 550 league games this season alone on SEC Network+, WatchESPN and the WatchESPN app. For more details on games that will air on the SEC Network and SEC Network+, check the Broadcast tiers section.

Thanks to the support of fans and the preparation of ESPN, the SEC and the SEC’s member institutions, the SEC Network is set to be among the most successful launches in the history of paid television. It’s going to take more work to make it everything we know it can be, but the SEC Network is an important part of the SEC’s bright future. We hope you enjoy watching!

Thanks to the support and passion of the Big Blue Nation and fans throughout the SEC, the SEC Network will be available in more than 90 million American households at launch on Aug. 14.

Below is a guide to help you find the SEC Network on major cable or satellite providers. If you have questions about a provider not listed, email us at BBNfirst@uky.edu.

The SEC has a handy guide that will help you find the SEC Network in your area.

If you aren’t sure whether your provider has signed on to carry the SEC Network, visit GetSECNetwork.com now.

To do that, two newly hired positions — a producer/director and an engineer — will be in place for this season, in addition to an expanded student and freelance presence. Sports Video’s base of operations for producing events across campus will be the control room at Commonwealth Stadium, with a trailer serving as a second studio when two events are going on simultaneously.

Links to events on SEC Network+ will be available on the individual sport schedules.

1. What is the SEC Network?

2. Where can I find the SEC Network channel on TV?

Use the SEC Network Channel Finder.

You can also watch online, on this website and WatchESPN apps.

SEC Network Alternate is an additional television channel. It is not live 24-hours a day. Content only appears on the channel on occasion when games overlap.

SEC Network + provides hundreds of additional digital only events to fans through the WatchESPN app on smartphones, computers, and tablets, Amazon Fire TV and Fire TV Stick, Apple TV, Chromecast, Roku, Xbox 360 and Xbox One. SEC Network + is not a television channel.

4. Is the second SEC Network channel I see on my TV guide SEC Network+?

6. Can I watch SEC Network + on my television?

SEC Network + events are digitally exclusive events available on the WatchESPN app. SEC Network + is not a television channel, however, you can watch the events on a television screen through the following applications: Amazon Fire TV and Fire TV Stick, Apple TV, Chromecast, Roku, Xbox 360 and Xbox One.

8. Am I able to watch the network on my mobile phone or similar device?

Yes, the SEC Network is available on SECNetwork.com and on iOS, Android, Apple TV and Roku devices through participating providers via WatchESPN.

9. Where can I apply for a job at SEC Network?

10. How many live events will be on the SEC Network?

More than 1,000 live events will be available in the first full year across the television network and its digital extensions.

7. What happens if my carrier doesn’t offer the network?

We encourage you to keep calling your cable, satellite or telco provider to request the SEC Network or switch to one of the many carriers that do carry SEC Network.

8. Can I pay to subscribe to the network online, Pay-Per-View or via ESPN3 if I can’t get it on TV?

SEC Network is distributed nationally as well as in the SEC footprint with providers large and small. You should have multiple provider options in your area. A list of current providers can be viewed on getsecnetwork.com

11. How can I embed an SEC Network video on my website?