Kroger Field is the home of the Kentucky Wildcats.

The facility had a capacity of 57,800. It was completed at a cost of $12 million by the firm of Huber, Hunt, and Nichols. The stadium and parking areas rest on an 86-acre plot that was once part of the UK Experimental Station Farm Grounds.

The stadium was officially opened on Sept. 15, 1973, as the Wildcats moved into their new home after spending 48 years at Stoll Field/McLean Stadium across from Memorial Coliseum. Kentucky defeated Virginia Tech in the stadium opener, 31-26, as quarterback Ernie Lewis ran for two touchdowns and threw for another TD to lead the Wildcats.

In 1999, both ends of the stadium were enclosed, along with the construction of 40 suites, 10 in each corner of the stadium. The total number of seats was increased to 67,606. Additional features of the stadium expansion

The architect of the expansion was HNTB of Kansas City, Missouri, and Turner Construction of Cincinnati, Ohio, managed the construction. A total of $27.6 million was allocated for the stadium project.

There was one change for 2005 as a beautiful new Bermuda grass playing surface was installed. The playing area is titled C. M. Newton Grounds, named after the former UK director of athletics in 2001. Newton’s name remained associated with the playing surface when the stadium was renamed Kroger Field in 2017.

In July 2011, a significant audio and video upgrade was completed including two LED video boards each measuring approximately 37 feet high by 80 feet wide (2,960 square feet), making each display the 20th-largest scoreboard in the country. Additionally, a new custom audio system and over 1,800 linear sq/ft of video ribbon board was in September 2011. The approximate cost of these upgrades was $6 million. 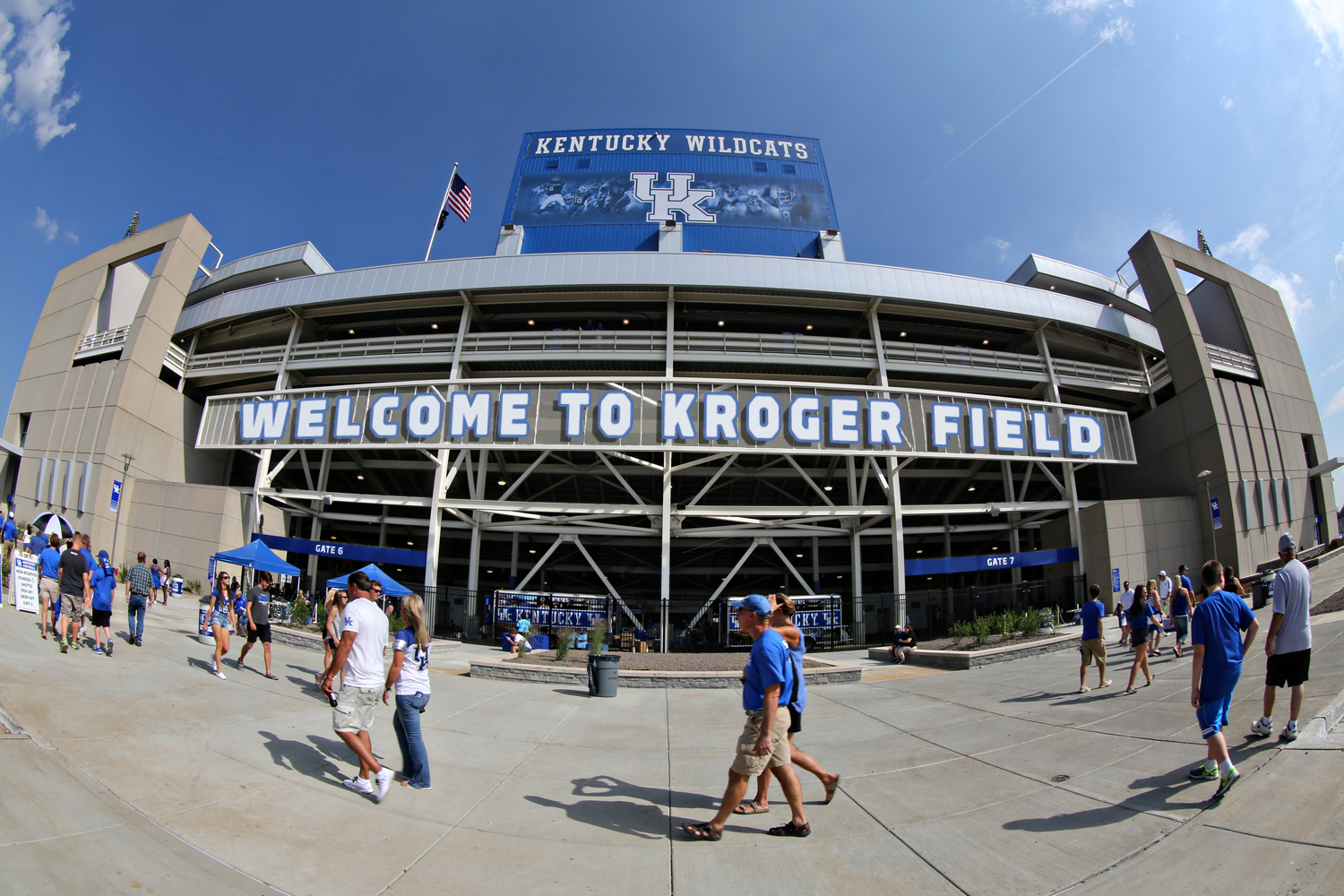 Since its opening, Kentucky has played 206 games within the friendly confines of Kroger Field. And indeed, a 107-95-4 record and a .529 winning percentage is evidence that Kroger Field is a home-field advantage for the Wildcats. 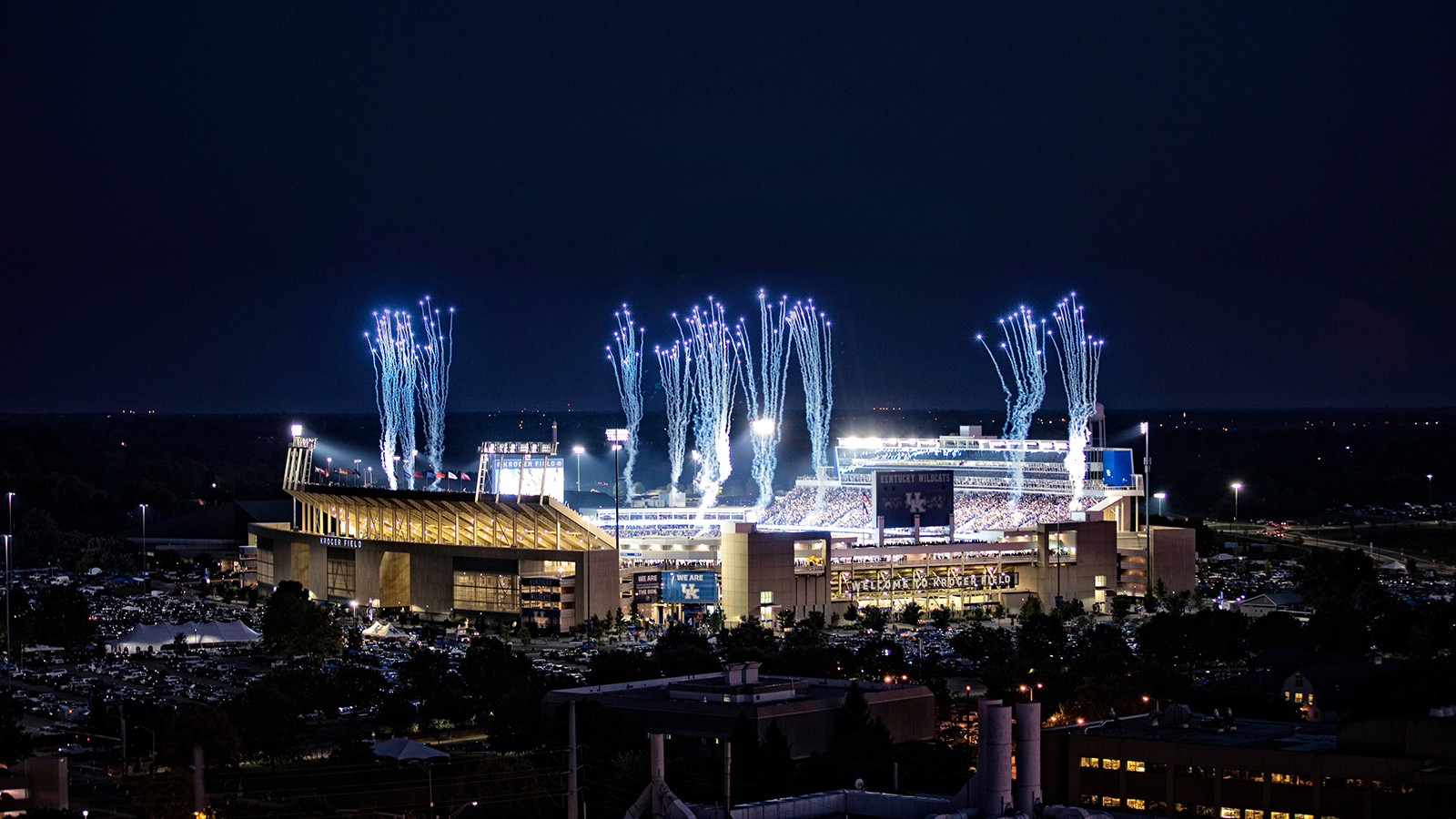