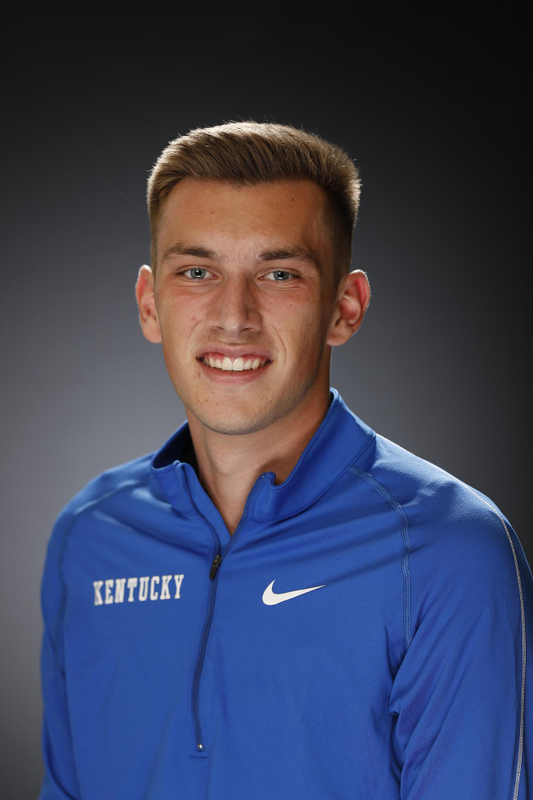 2016-17 (Freshman)
Outdoor – Placed 10th in the 3k steeplechase at the SEC Championships, earning SEC All-Freshman Team honors … 9:17.11 at SECs was his PR … Ran two 1,500m races with a best time 3:50.05 to place ninth at the Baldy Castillo Invitational.
Indoor – Ran the mile four times with a best time 4:12.05 in a fifth-place finish at the Kentucky Invitational.
Cross Country – Ran at six meets including NCAA Southeast Regionals and at the SEC Championships – placed 44th with a 10k time of 30:29.30 at NCAA Regionals … Finished 48th at SECs as part of UK’s third-place team … Placed fourth at the Kentucky Twilight season-opening meet … Placed 20th at Bluegrass Invitational … SEC Freshman of the Week twice – after the Bluegrass Invitational and Texas A&M Invitational.

Prior to UK
A nationally competitive middle distance runner …  As a Junior he won the Kentucky State Cross Country meet … Went on to be runner up in the State 1600m on the track … His time of 4:11 placed him among the nation’s best junior 1600m athletes at the time … With 1500m – 10000m competitive range on the track and shown success on the cross country course Brennan should make an immediate impact for UK