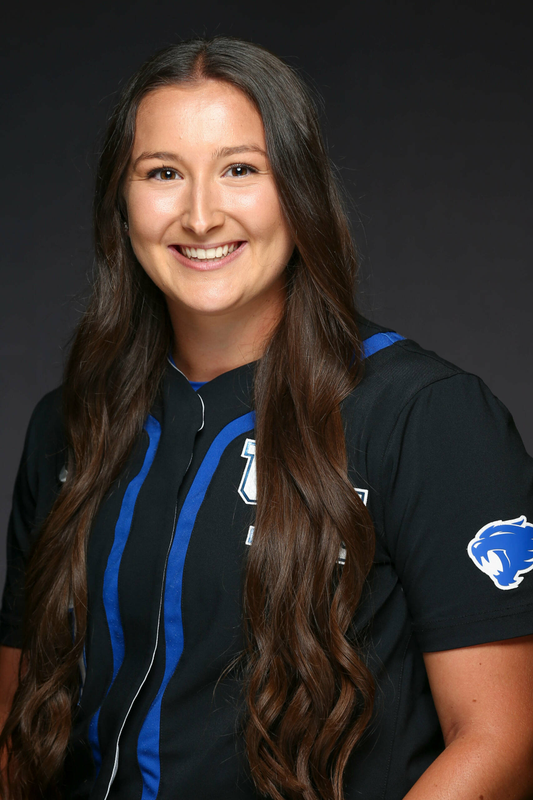 2021 (Sophomore): Dropped hitting to focus on being a pitcher in 2021, as she used to do both … Picked up the win in the circle vs. NC Central on Feb. 21, allowing 0 runs on one hit in three innings of work … Struck out four vs. the NC Central Eagles, a new career high

2020 (Freshman): Got the win in her first-career start in the circle against Detroit Mercy on Feb. 16 at the Littlewood Classic in Tempe, Ariz. … Pitched well in relief as Kentucky fell to Georgia Tech in game two of the Samford Tournament … Also pitched vs. Detroit in The Spring Games, closing out a 22-0 win with two complete innings in the circle … Played a huge role in the circle during UK’s comeback win vs. Marshall, throwing 1.1 scoreless middle innings to keep the Herd at bay.

Lawson on Gayan:
“Sloan adds depth to our pitching staff. She has great breaking pitches who will throw batters off balance and a lot of experience in the circle.”