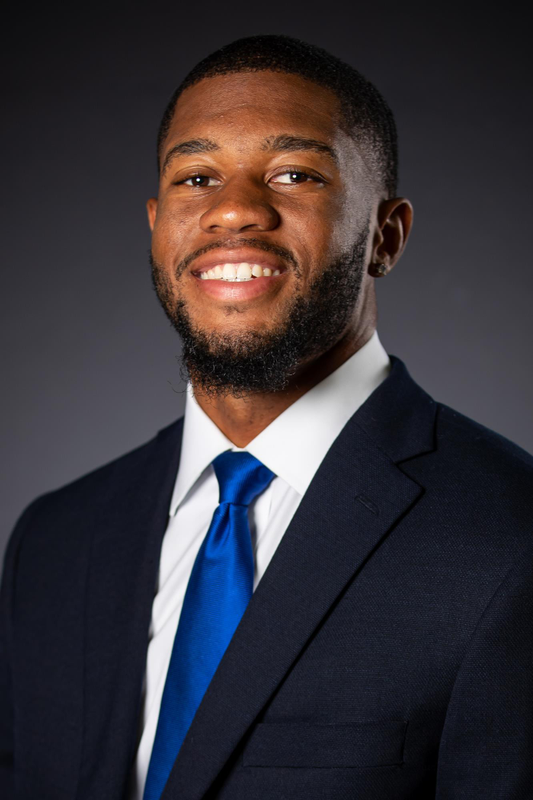 Career
• Played in 39 career games with eight starting assignments
• Caught 30 passes for 327 yards and one score
• Averaged 10.9 yards per catch for his career
• Had a career-long 58-yard catch vs. Youngstown State in 2022, also his career high for receiving yards in a game

2021 – Sophomore
• Saw action in all 13 games with one starting assignment vs. Vanderbilt
• Totaled 12 catches for 150 yards and a score
• Caught three passes for 37 yards, both season highs, in the win over New Mexico State … the 37 yards were a career best
• Caught first collegiate touchdown at Mississippi State

2020 – r-Freshman
• Started in seven of 11 games played
• Fourth on the team in receptions with 14 catches for 87 yards, averaging 6.7 yards per catch
• Tied his career high with four catches and had a career-best 33 yards vs. Vanderbilt
• Earned his first career start vs. Mississippi State
• Caught a career-high four passes for 25 yards at AU

High School
• Considered one of the nation’s top 150 receivers
• A three-star recruit according to 247sports.com and ESPN.com
• Became Treasure Coast’s career record holder with 2,864 receiving yards
• Only Treasure Coast player to register back-to-back 1,000-yard receiving seasons
• Had 1,582 receiving yards with 73 receptions and 16 touchdowns as a senior
• Had eight games with at least 100 receiving yards, including a season-high 238 receiving yards on five catches vs. Treasure Coast High School on Oct. 12
• Averaged 131.8 receiving yards per game for the Indians in 2018, helping them finish 11-1 with the loss coming in the 8-A regional final
• Recorded 43 catches for 1,001 yards and 11 scores in 2017 and led Vero Beach to the regional finals
• Earn first-team all-area and all-state honors
• 2017 Class 8A Player of the Year candidate
• An all-around athlete who also excelled in basketball and track and field
• Chose Kentucky over Syracuse, Purdue and UCF

DeMarcus Says
• His nickname is “Dee”
• The thing he’s looking forward to the most this season is getting better everyday
• After his football career, he would like to be a sports commentator
• One word to describe him on the fi eld is “explosive”
• The best advice he’s ever received is “be patient and work hard”