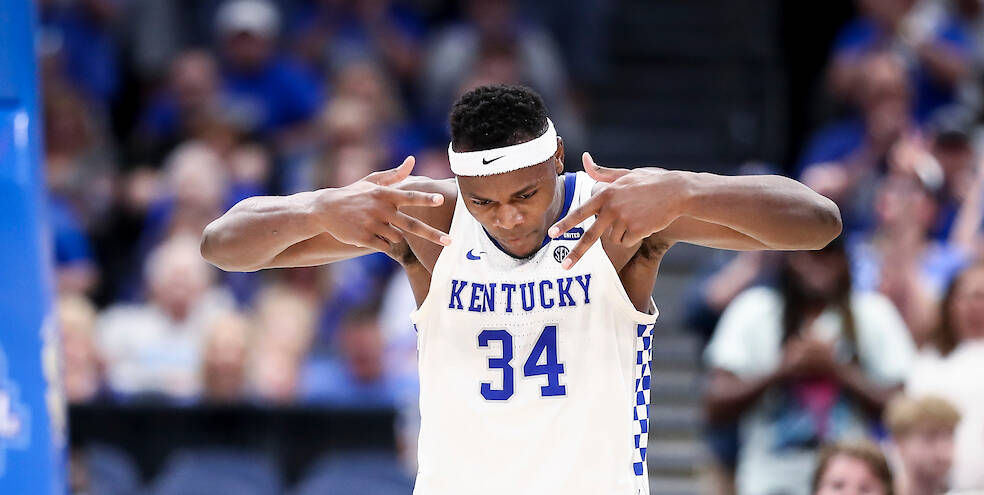 SPRINGFIELD, Massachusetts – Kentucky senior Oscar Tshiebwe was named to the Naismith Memorial Basketball Hall of Fame’s preseason watch list for the 2023 Kareem Abdul-Jabbar Award on Friday. Named after the Naismith Hall of Famer and NBA all-time scoring leader, the award is in its ninth year.

Tshiebwe, the reigning unanimous National Player of the Year, averaged a team-high 17.4 points to go along with a nation’s best 15.1 rebounds per contest a year ago. Selected as the Kareem Abdul-Jabbar Award winner and Southeastern Conference Player of the Year, Tshiebwe set a Kentucky single-season record with 28 double-doubles while becoming the first major conference player to average 15 points and 15 rebounds since UCLA’s Bill Walton in 1972-73. Tshiebwe is a unanimous Associated Press Preseason All-American and SEC Preseason Player of the Year.