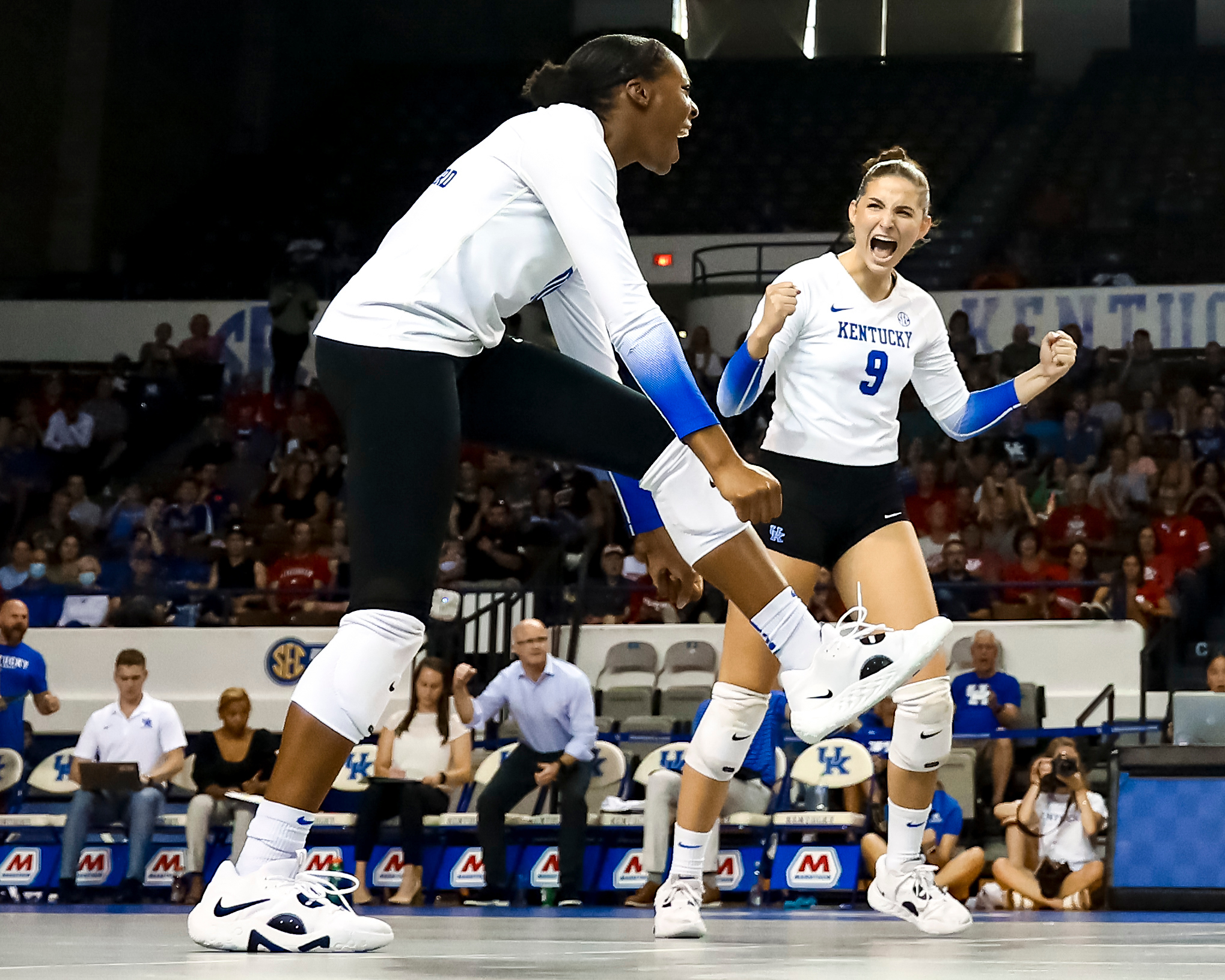 No. 6 Badgers Outblock No. 14 Kentucky

Reagan Rutherford led Kentucky with 13 kills on the night, hitting .500 against the Badgers front line, who outblocked Kentucky 15-6 in one of the most telling stats of the match. Rutherford set the tempo for the Kentucky offense with only one error on 24 swings as one Emma Grome’s most reliable options in the match.

Kentucky falls to 4-2 on the season with losses to two nationally-ranked teams. Wisconsin improves to 4-1 and is on a three-match winning streak with Friday’s result.

Wisconsin will turn around and play Campbell at 2 p.m. ET on Saturday afternoon with UK hoisting Indiana State at 4 p.m. ET on SEC Network+, ESPN3 and the ESPN app.

The Badgers were out-killed by Kentucky 43-39 but the blocking numbers made up for it with UW hitting .272 on the night and Kentucky hitting .231 with 19 errors to Wisconsin’s 11.

The Badgers took the first set, 25-23. Offensively, Adanna Rollins got things started off for the Wildcats with two of the first four points. Rollins recorded three kills throughout the set to lead UK scorers after the opening frame. Erin Lamb and Azanhi Tealer each added three kills to eventually bring the Wildcats within two at 24-22. Reagan Rutherford led the team with four kills, but with the Badgers three blocks, the Wildcats fell short in battles at the net.

Similarly to the first set, Rollins started off strong by giving UK a 2-0 lead. Elise Goetzinger and Azanhi Tealer matched the Badgers strong play at the net, giving some much-needed blocks to bring the Wildcats lead to 12-8. Sophomore setter Emma Grome led the offense to an improved .286 hitting percentage as UK took the 15-9 lead thanks to Tealer pounding the ball for her fourth kill of the match. The rest of the set was close, with strong defense on both sides of the court. Wildcats libero Eleanor Beavin was the leader of the defense, taking some hard hits for eight digs. Tied at 21-21, Goetzinger tipped the ball over the Badgers big block to find the floor. Two kills by Rutherford gave the Wildcats a 24-23 lead. Tied at 24-24, the Badgers won the next point to take the lead back. In attempt to throw off the Badgers, freshman Audrey Whitworth entered the match to break the serve. With a thrilling battle back and forth, Tealer stepped behind the service line at 26-26. The Badgers won the next two points in credit to their seven blocks in this set, taking the set 28-26.

Reagan Rutherford started off the set with two kills and an ace, giving the Wildcats a 5-2 lead. Freshman outside hitter Haley Melby entered the match for the first time as UK led 10-8. Tealer followed the next play with a solo stuff block in favor of the Wildcats. Dumping the ball over the net, Grome added her second kill of the day and growing the Wildcats lead to 13-9. Delivering two more blocks, the Badgers pulled ahead for the first time this set at 15-14. The strong Wisconsin offense continued to be efficient, hitting a consistent .345 and growing the lead to as much as three.