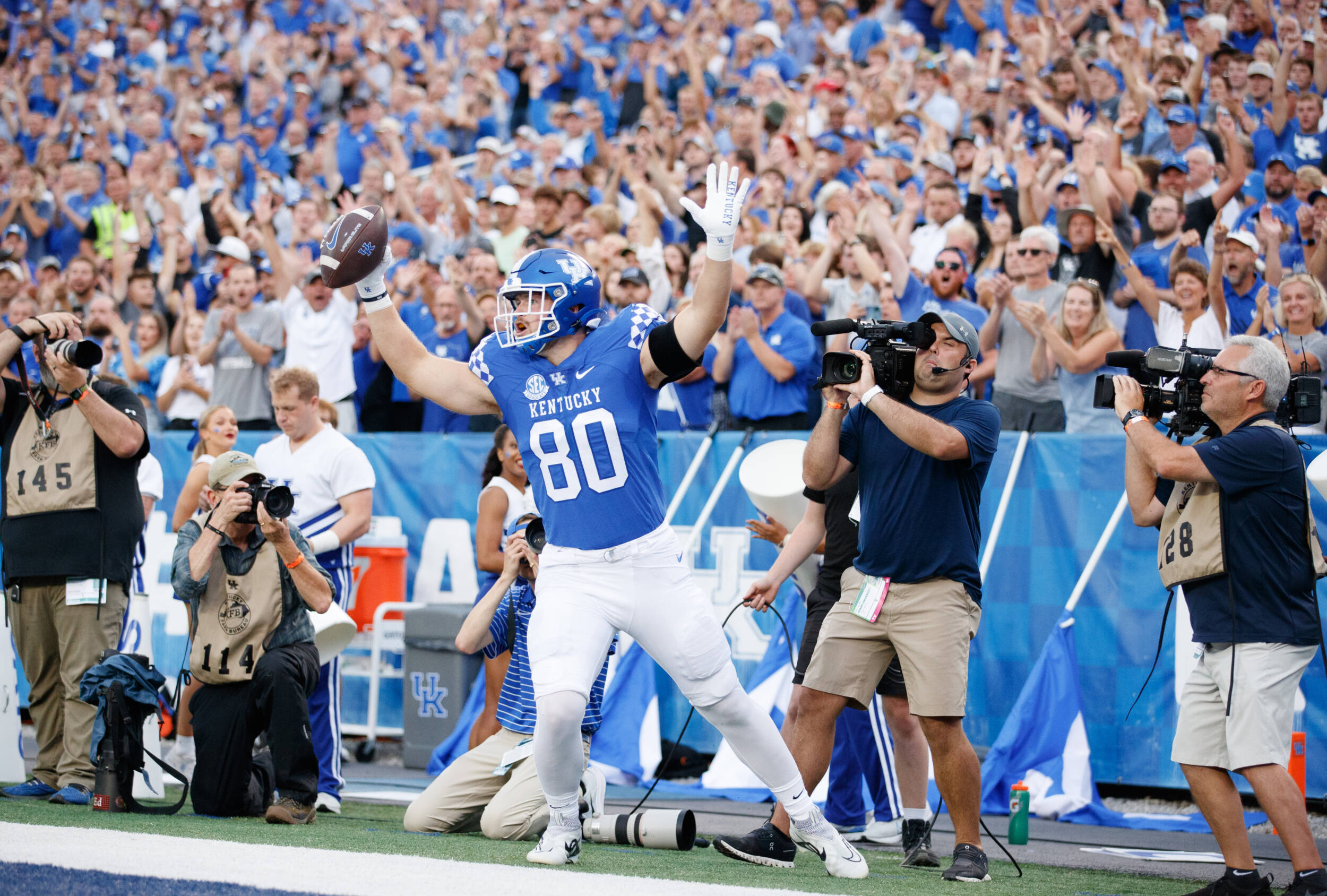 The No. 20/20 University of Kentucky football program began one of the most anticipated seasons in school history last Saturday, just one year removed from recording its second 10-win campaign in the past four seasons (2018, 2021).

Mark Stoops, who tied Paul “Bear” Bryant as the winningest head coach in program history with a win over Miami (Ohio) in the season opener, will look to snap that tie with Kentucky’s second straight win against Florida this weekend. The game, which will mark the Southeastern Conference opener for both teams, will kick off Saturday, Sept. 10 at 7 p.m. at Ben Hill Griffin Stadium in Gainesville, Florida, on ESPN with Joe Tessitore, Greg McElroy and Katie George on the call.

The Wildcats will rely on returning quarterback Will Levis to fulfill the lofty praise he has received in the preseason. The Cats will also bank experienced defenders DeAndre Square, J.J. Weaver, Jordan Wright and Jacquez Jones.

Kentucky opened its 2022 season with a 37-13 win over Miami (Ohio) at Kroger Field on Saturday. As with any opening game, there was some good and some not so good, according to UK head coach Mark Stoops.

Stoops cited his offensive line play as one area that the staff needed to address.

“There’s certainly some things we all felt, coming out of the game, that need to be looked at, need to be addressed and we need to improve,” Stoops said. “And that is, being physical, being able to run the football and being able to protect the quarterback.”

However, with past experience as his guide, Stoops thinks that the Cats will make the necessary adjustments…Read More

Inside the Series with Florida

• Kentucky trails the all-time series against Florida, 53-19, including an 8-31 mark in the state of Florida (UK has won five games in Gainesville, two games in Jacksonville and one game in Tampa).
• The two teams have split the last four meetings, with each team winning once on the road.
• Kentucky defeated Florida, 20-13, in Lexington last season, with linebacker Jacquez Jones making the game-saving play in the final seconds. Earlier in the game, freshman Trevin Wallace turned the momentum with a blocked field return for a touchdown.
• UK last won in The Swamp in 2018, snapping a 31-year drought against UF. Moreover, the Cats had not won in Gainesville since 1979.
• Six of the past eight meetings have seen the outcome in doubt deep into the fourth quarter
• Biggest UK win: 52 (52-0 in 1917)
• Biggest Florida win: 66 (73-7 in 1996)
• Games decided by eight points or less: Florida leads 16-8
• UK head coach Mark Stoops is 2-7 vs. Florida during his tenure

• Kentucky defeated No. 10 Florida, 20-13, at Kroger Field.
• UK overcame a 10-7 halftime deficit and scored the game-winning touchdown when freshman Trevin Wallace returned a blocked field goal 76 yards for a score.
• Linebacker Jacquez Jones batted down a pass in the end zone in the closing seconds to seal the win.
• Running back Chris Rodriguez Jr. had 99 rushing yards and a score and linebacker DeAndre Square had 13 tackles.

2
10-win seasons in the last four years by Kentucky

34
Wins since the start of 2018, ranking 12th among Power Five programs

60
Wins at UK by Mark Stoops, tied with Paul “Bear” Bryant for most in school history