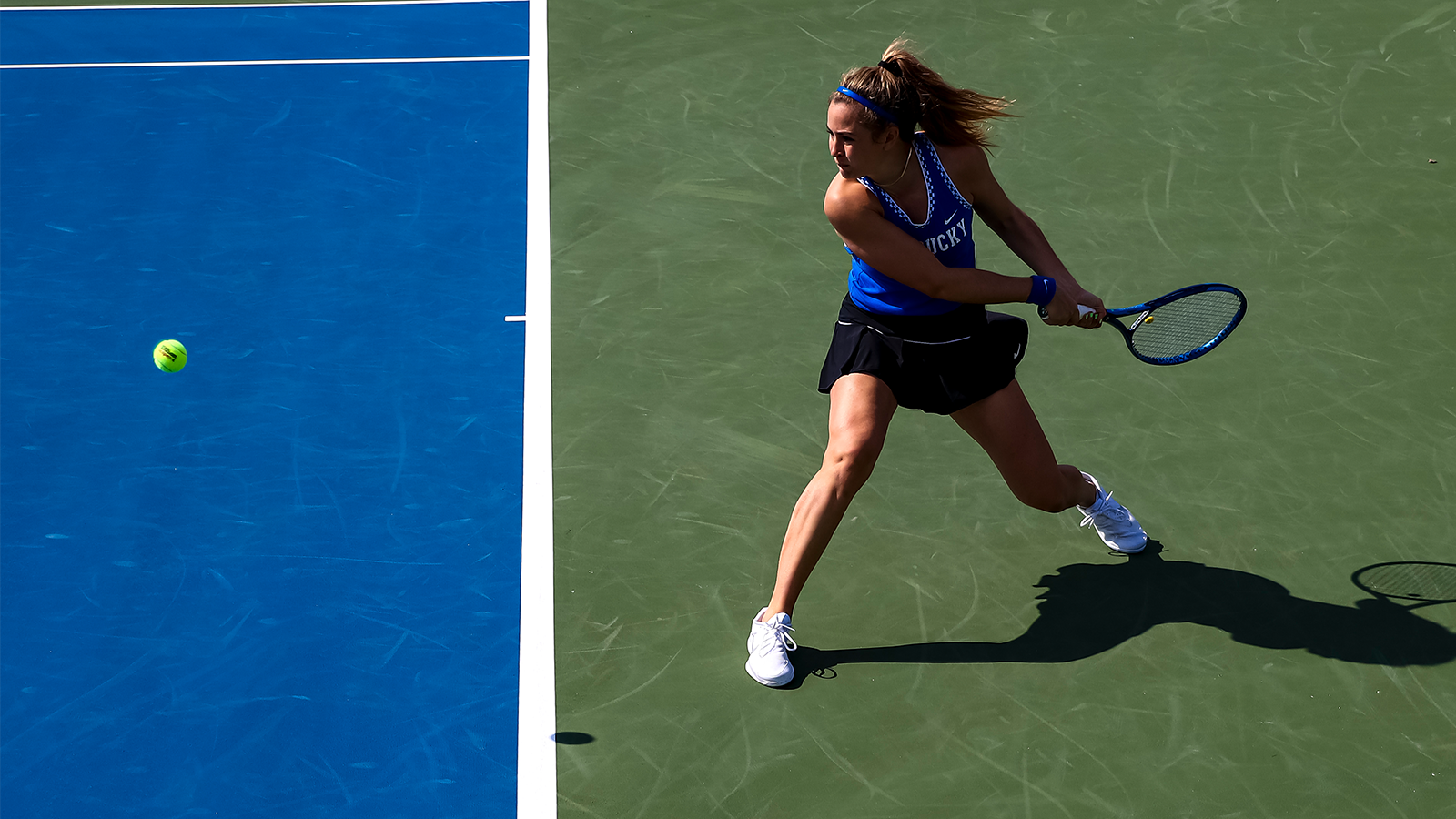 LEXINGTON, Ky. – The No. 43 Kentucky women’s tennis team split its doubleheader on Friday, first dropping a close 4-3 decision to Missouri before posting a 4-0 sweep over Bellarmine at the Hilary J. Boone Tennis Center.

Following the loss to the Tigers, the Wildcats drop to 0-3 in Southeastern Conference play while the win over the Knights move them to 12-4 overall on the year. Missouri improves to 6-9 and Bellarmine falls to 1-12.

The Wildcats began the opening match by clinching the doubles point for the first time this season against an SEC foe. Fiona Arrese and Lidia Gonzalez defeated Gabi Martinez and Ellie Wright, 6-3, on court one before Carlota Molina and Florencia Urrutia took down Valentina Vasquez and Elys Ventura, 6-2, in the third spot.

Gonzalez quickly put the home team up by two after taking care of Vasquez in a 6-3, 6-0 outcome on the fifth court. Missouri then tied the match at two apiece after Bronte Murgett bested No. 108 Molina, 6-3, 6-2, on court one and Ventura knocked off Arrese, 6-3, 6-4, on court three.

Playing in the fourth position as she has for the majority of the season, Urrutia put the Wildcats back in the lead after topping Emelie Schwarte, 6-2, 6-3, to improve her overall singles record to a team-leading 12-1.

However, the Tigers won the last two deciding points to secure the win in a match that came down to the very end. Wright outlasted Carla Girbau, 6-2, 7-5, on court one before Martinez survived a 1-6, 6-2, 6-4 battle with Ellie Eades on the sixth court.

Just like it did in the first contest, Kentucky began the second match by clinching the doubles point, this time with back-to-back 6-0 sweeps. Arrese and Gonzalez once again teamed up on court one to shut out Ekaterina Tikhonko and Madison Devillez while the duo of Molina and Maialen Morante were on court three to beat Channing Varnum and Maja Kozerski.

Following a victory in doubles, Morante took to court six to handily secure a win over Varnum with a pair of 6-0 sets. Eades then extended the lead for Kentucky after besting Maja Kozerski, 6-1, 6-0 on the fifth court. Girbau made it a 4-0 sweep for the Wildcats after defeating Ashley Jonathan, 6-1, 6-0, on court two for the second clinching point of her senior season.

Kentucky returns to the Hilary J. Boone Tennis Center on Sunday, March 13 to host No. 65 Arkansas at 12 p.m. ET.