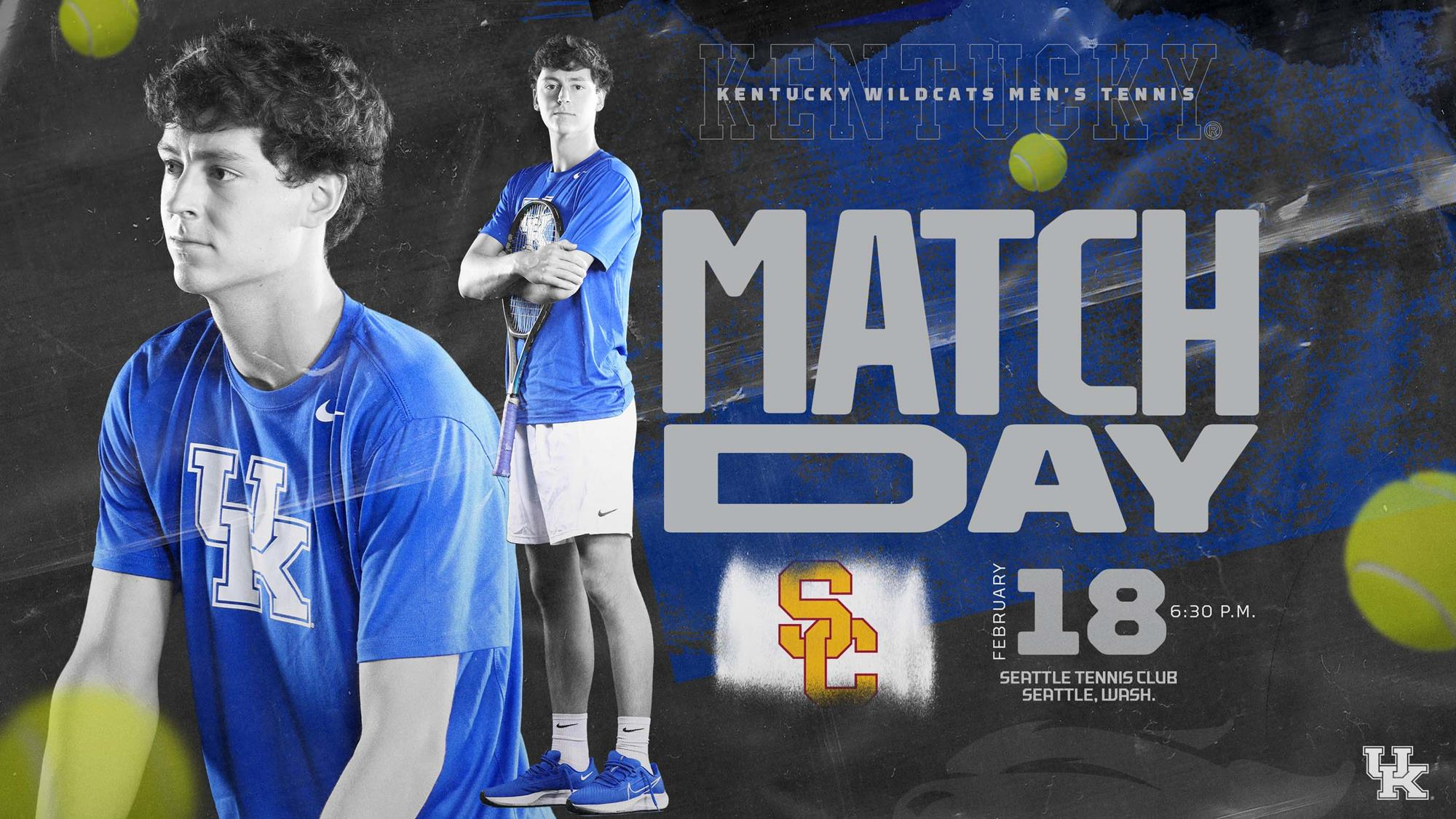 SEATTLE – The Kentucky men’s tennis team (8-1) will make the trek to the Seattle Tennis Club for the Intercollegiate Tennis Association Team Indoor Championship this weekend, making the 16-team field for the first time since 2013. The Wildcats drew the seven seed and take on 10-seed Southern California (6-1) in the opening round on Friday at 6:30 p.m. ET.

Should UK advance, it would then take on winner of No. 2 Baylor and No. 15 Ole Miss on Saturday at 9:30 p.m. in the quarterfinals. The semifinals and championship matches are set for Sunday and Monday, respectively. If Kentucky stays out of the consolation draw through Sunday, it will then play the remainder of its matches at the Nordstrom Tennis Center, home to host University of Washington.

The Wildcats and Trojans have notable recent history with each other. When the two teams met last February in Champaign, Ill., Liam Draxl defeated the top-ranked singles player for the first time that season in a 4-3 decision in favor of top-ranked USC. In UK’s last appearance in the ITA Indoor Championship in 2013, the Cats were knocked out by the Trojans in the quarterfinals.

USC returns six players from last year’s roster, headlined by the fourth-ranked singles player Stefan Dostanic. The junior and Bradley Frye rank as the third-best doubles pair in the country as well.

The Trojans, ranked 11th in the ITA Collegiate Rankings, will become the fourth opponent voted into the poll that UK has played so far this season. USC clinched their spot in the field for the 14th straight year by taking down No. 24 Harvard in ITA Kickoff Weekend at their home facility in Los Angeles.

Draxl and team captain Millen Hurrion will likely face Dostanic and Frye with an opportunity to pick up their first top-five win together. Their previous best win as a pair came in last year’s SEC Championship quarterfinals, taking downNo. 70 Valentin Vacherot and Pierce Rollins of Texas A&M.

Draxl could potentially take on Dostanic for his first win against a top-five player since taking down South Carolina’s No. 1 Daniel Rodrigues last April. With a win, the Newmarket, Ontario native would pick up his 14th career victory against nationally ranked competition.

In the latest release of the ITA Rankings on Feb. 9, the Wildcats jumped one spot and were voted the 10th-best team in the country. In singles, sophomore Joshua Lapadat was one of the highest risers in the country, moving up 53 spots to No. 37. Fifth-ranked Gabriel Diallo is the highest player in the rankings for UK with a 15-3 record this year. Lapadat and doubles partner JJ Mercer moved up to No. 22 in the doubles poll as well.

Kentucky heads into the weekend following a two-match road trip to top-ranked Ohio State and Duke, splitting the matches and going 1-1. After a tough test that proved to be the first loss on the year in Columbus, Ohio, UK then went to Durham, North Carolina, and defeated Duke by a 4-2 score just two days later.

UK will have played half of the teams in the ITA Indoor Championship field by seasons’ end. Those included on the Wildcats’ spring schedule are one-seed in the Indoor Championship OSU, No. 3 Tennessee, No. 4 Florida, No. 9 Georgia, No. 11 South Carolina, No. 12 Virginia, No. 14 Texas A&M and No. 15 Ole Miss.