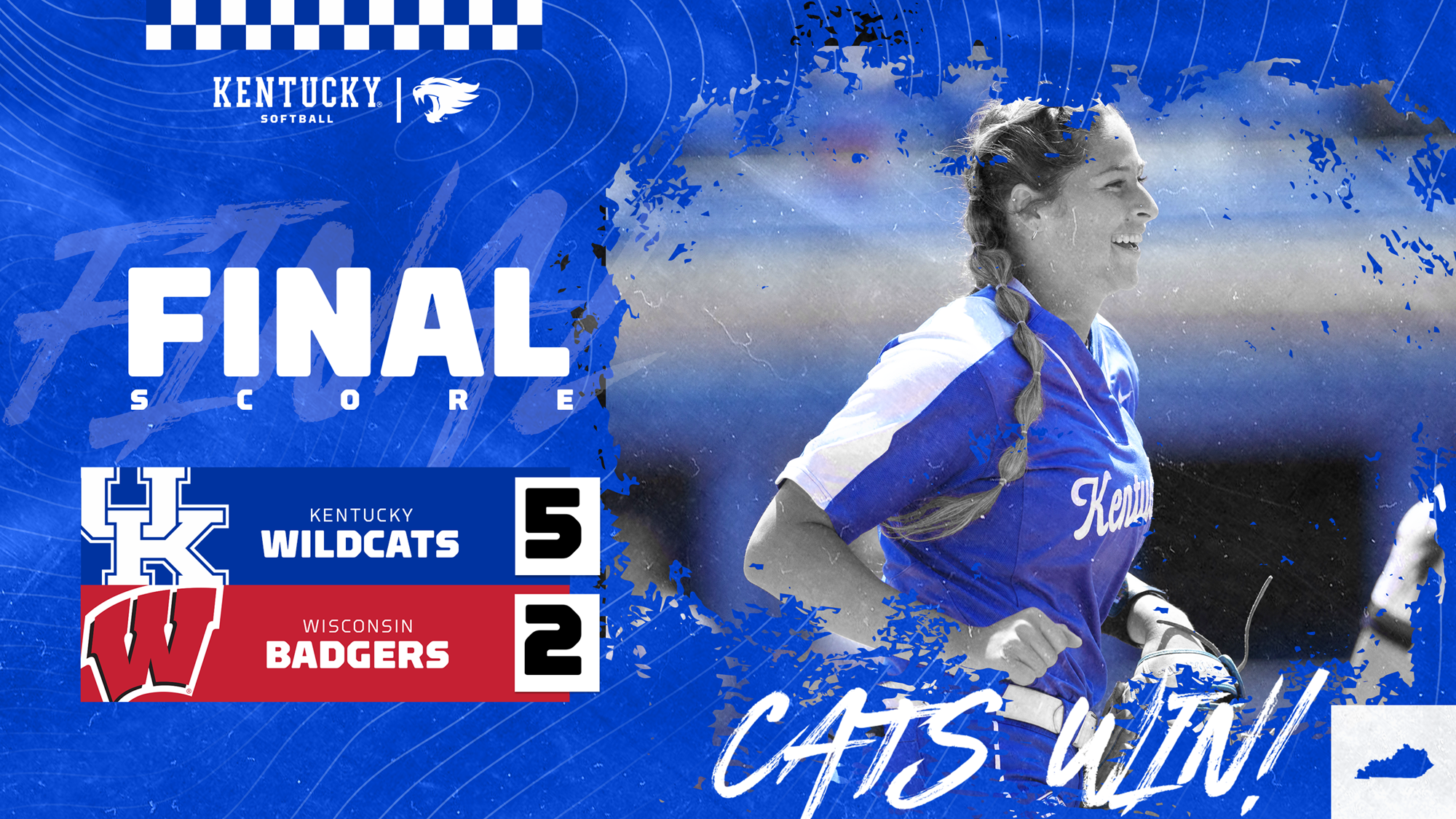 The Wildcats and Badgers kicked off the 2022 Northern Lights/Southern Lights Tournament in Leesburg, Florida on Thursday.

Stoddard was terrific on the night, only allowing two runs to a very potent Wisconsin lineup, including 2019 Big Ten Player of the Year, Kayla Konwent. The Anaheim, California native threw a complete game for the first time in her career, allowing two runs on five hits with no walks and five strikeouts. She threw 92 pitches, and had a terrific ratio of throwing 65 for strikes.

UK’s offense got off to a sluggish start before an infield single by Rylea Smith ignited the Wildcats in what turned out to be a three-run fourth inning to take a 1-0 Badger lead into a 3-1 Kentucky lead. No player in the game had more than one hit in the game for either team, and all three pitchers in the game combined for 13 strikeouts.

Kentucky will continue its opening weekend Friday with its first doubleheader of the season at Sleepy Hollow. UK will play Michigan State at 12:30 p.m. ET before a 3 p.m. ET showdown with the Liberty Flames.

Key Play
The key play in the game was a two-RBI single through the right side by senior Renee Abernathy in the bottom of the fourth inning. Abernathy crushed a pitch into RF to score Lauren Johnson and Erin Coffel, giving UK the 3-1 lead and scoring the eventual game-winning run.

Key Player
Miranda Stoddard was the key player in the game, throwing a complete game with zero walks and five strikeouts.

Key Stat
The key stat in the game was the fact that Kentucky had eight hits, and all eight hits were by different players. All but two UK starters reached via a hit in the contest.

Run Recap
Wisconsin scored on a successful squeeze play in the top of the second inning to score the first run of the game. UW 1, UK 0

Kentucky scored three runs on four hits in the bottom of the fourth inning. Rylea Smith started the rally with an infield hit and Lauren Johnson hit a single up the middle to put runners on the corners after a wild pitch. Erin Coffel singled up the middle, and a Badger error put runners at second and third with one out in a 1-1 game. Renee Abernathy then roped a two-strike pitch into right field to score Johnson and Coffel and Kentucky took its first lead of the game. UK 3, UW 1

In the top of the fifth, Wisconsin scored on an RBI double to the gap in right center. UK 3, UW 2

The bottom of the sixth turned out to be a critical time of the game. With two outs, UK made a rally sparked by freshman Margaret Tobias ripping a single the other way on a two-strike count and putting a runner on first. Then, Taylor Ebbs, another freshman, tattooed a ball into the right-center gap, recording an RBI triple to easily score Tobias. Emmy Blane followed that up with UK’s third-straight hit, singling into left to push UK’s lead up to three. FINAL – Kentucky 5, Wisconsin 2