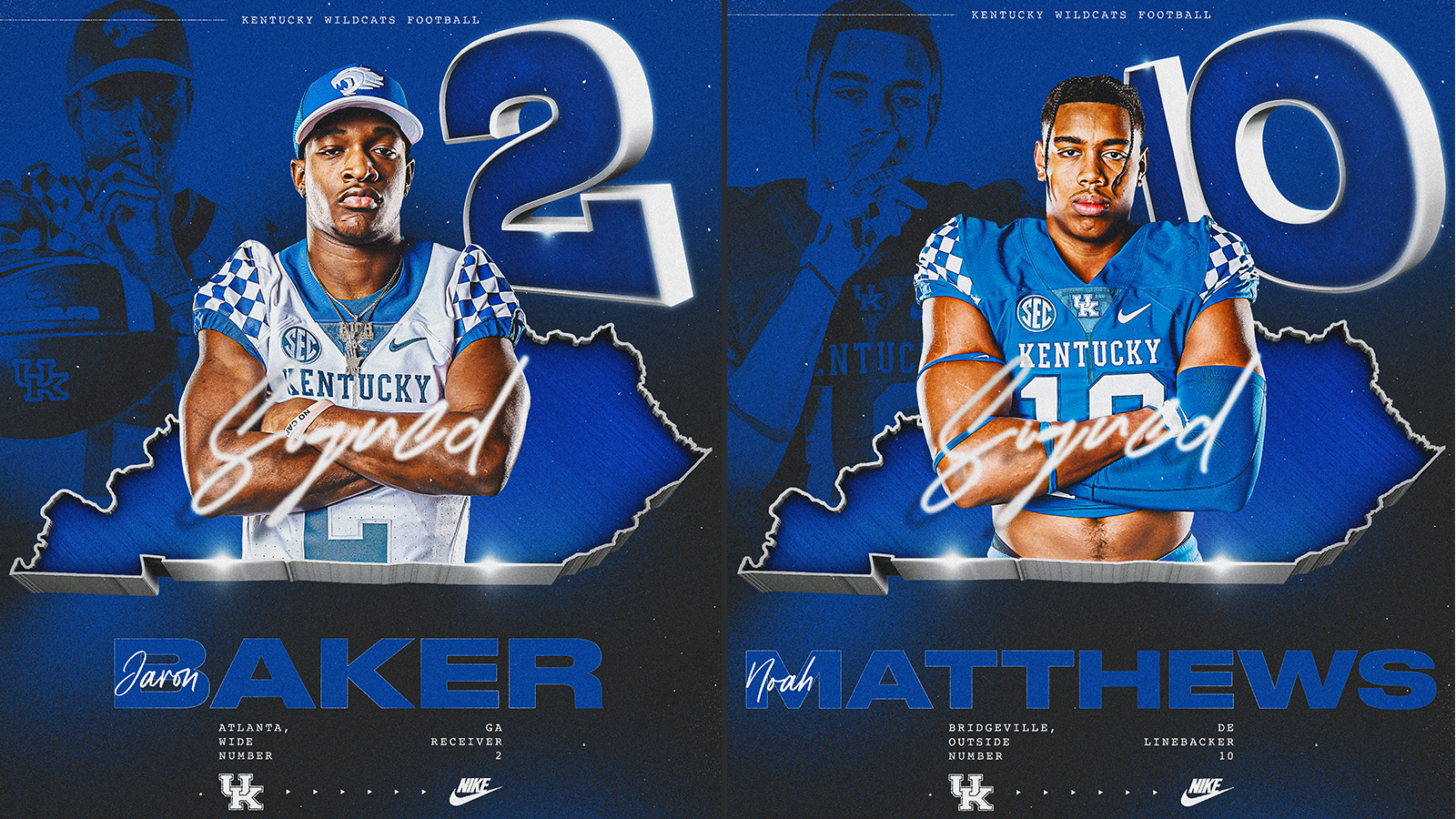 With these two additions in the late signing period, along with the early period signees and mid-year enrollees, the Wildcats’ class stands at 24.

Javon Baker, Wide Receiver, 6-2, 206, Jr-TR, Atlanta, Ga. (Alabama/McEachern HS) – Played in 21 games over two seasons at Alabama, totaling nine catches for 116 receiving yards and one score … As a sophomore, had seven catches for 101 yards and a touchdown in 12 games … totaled 21 yards on three catches against Miami and finished with two catches for 59 yards and his first career TD vs. Southern Miss … Caught two passes for 21 yards vs. New Mexico State … Part of the Tide’s 29th SEC Championship vs. Georgia, working on special teams and at wideout … Also saw action in the College Football Playoff National Championship games vs. Cincinnati and Georgia … During freshman campaign, played in nine contests, totaling two receptions for 15 yards against Arkansas … A gridiron standout at McEachern High School … Rated a four-star prospect by all the major recruiting outlets … One of the top-ranked receivers in the 2019 class, listed as the No. 20 wideout nationally and the No. 14 player from the state of Georgia by Rivals.com … As a senior in 2019, caught 58 passes for 629 yards and 11 touchdowns for McEachern which finished 12-1 … Participated in the All-American Bowl in San Antonio, Texas and also in Nike’s “The Opening” Finals in Frisco, Texas … Earned MVP honors at wide receiver in “The Opening” Regionals in Atlanta … Named to the Marietta Daily Journal’s Dynamite Dozen as one of the top 12 players in the state of Georgia … Racked up 1,105 yards and eight touchdowns as a junior for head coach Franklin Stephens at MHS.

“We are very excited to welcome Javon to the Big Blue Nation,” Stoops said. “He will be a great addition to an already competitive wide receiver room because of his experience, work ethic and athleticism. He’s been in Alabama’s wide receiver room with some very good talent and he has learned how to practice and work at this level.”

Noah Matthews, Outside Linebacker, 6-5, 250, Fr-HS, Bridgeville, Del. (Woodbridge HS) – A three-star prospect by all the major recruiting sites … Two-way player who saw action at defensive end and tight end for head coach Marvin Dooley … Earned first-team All-State, All-District selection and the 2A Defensive Lineman of the Year by the Delaware Interscholastic Football Coaches Association … Named one of Delaware’s top 44 players and was given a 2021 Delaware Mini Max award by The Maxwell Football Club … Voted team captain as a senior and totaled 70 tackles, including 43 solo … Also had 10 sacks and forced eight quarterback hurries … Led the Blue Raiders to a 12-1 record and a berth in the D1AA Class AA state championship game in 2021 … Chose Kentucky over Illinois.

“We’re also excited to add Noah to our 2022 defensive class,” Stoops added. “He fits the mold of what we’re looking for in an edge defender.  He possesses terrific length, twitch and power – all necessary attributes to be a difference-maker when stopping the run and rushing the passer.  I can’t wait to get him to Lexington to help develop his full potential.”