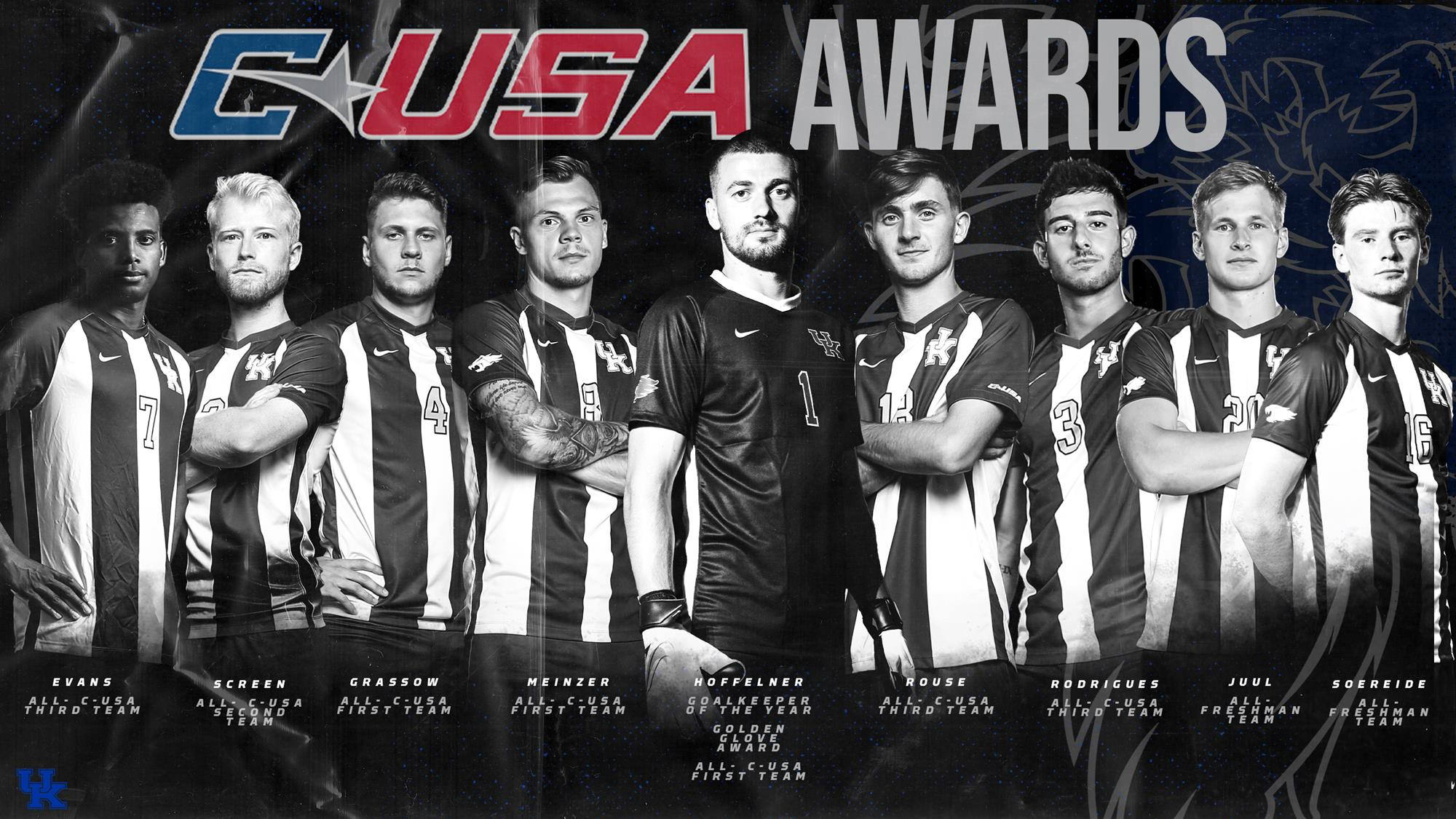 Hoffelner also netted the C-USA Golden Glove Award for leading the league with six of his 10 total shutouts coming against conference opponents.

Hoffelner allowed just four goals in 13 games for a goals-against average of 0.28, and his 29 total saves produced a 0.879 save percentage. He lost only one match in a Kentucky uniform after transferring from St. John’s, where he was named a BIG EAST Co-Goalkeeper of the Year in 2019. He was named C-USA Defensive Player of the Week on Oct. 26.

Grassow’s first career All-C-USA appearance was preceded by a C-USA Defensive Player of the Week distinction on Oct. 19. Meinzer was named to the C-USA Preseason Team following a 2020 All-C-USA first-team performance that culminated with him being named 2020 C-USA Co-Midfielder of the Year. After being named to the All-C-USA second team in 2019, Meinzer has earned All-C-USA status in three of his four seasons in Lexington.

Screen’s All-C-USA second-team honor is the second consecutive of his career, living up to the expectations set by joining Meinzer on the C-USA Preseason Team last August. Rodrigues, a graduate transfer from Oral Roberts, and Rouse, a fifth-year midfielder, each make their first All-C-USA appearance. Evans was named to the All-C-USA third team in 2020 and the second team in 2019.

Soereide contributed to all 16 contests of his first collegiate season, cracking the starting lineup 11 times. Juul started five of Kentucky’s first six matches before going down with injury but returned for his fifth shutout on the UK backline in the Wildcats’ regular season finale last Friday.

No. 15 Kentucky (11-1-4) will commence its postseason as the fourth seed in the C-USA Championship against fifth-seeded Coastal Carolina (6-4-4) on Wednesday at 4:30 p.m. ET in Charlotte, North Carolina. The teams opened the regular season with a scoreless draw in Conway, South Carolina, on Aug. 26.

Admission to all 2021 UK soccer matches at Wendell & Vickie Bell Soccer Complex is free to the public. For the latest on the Kentucky men’s soccer team, follow @UKMensSoccer on Twitter, Facebook and Instagram, as well as on the web at UKAthletics.com.