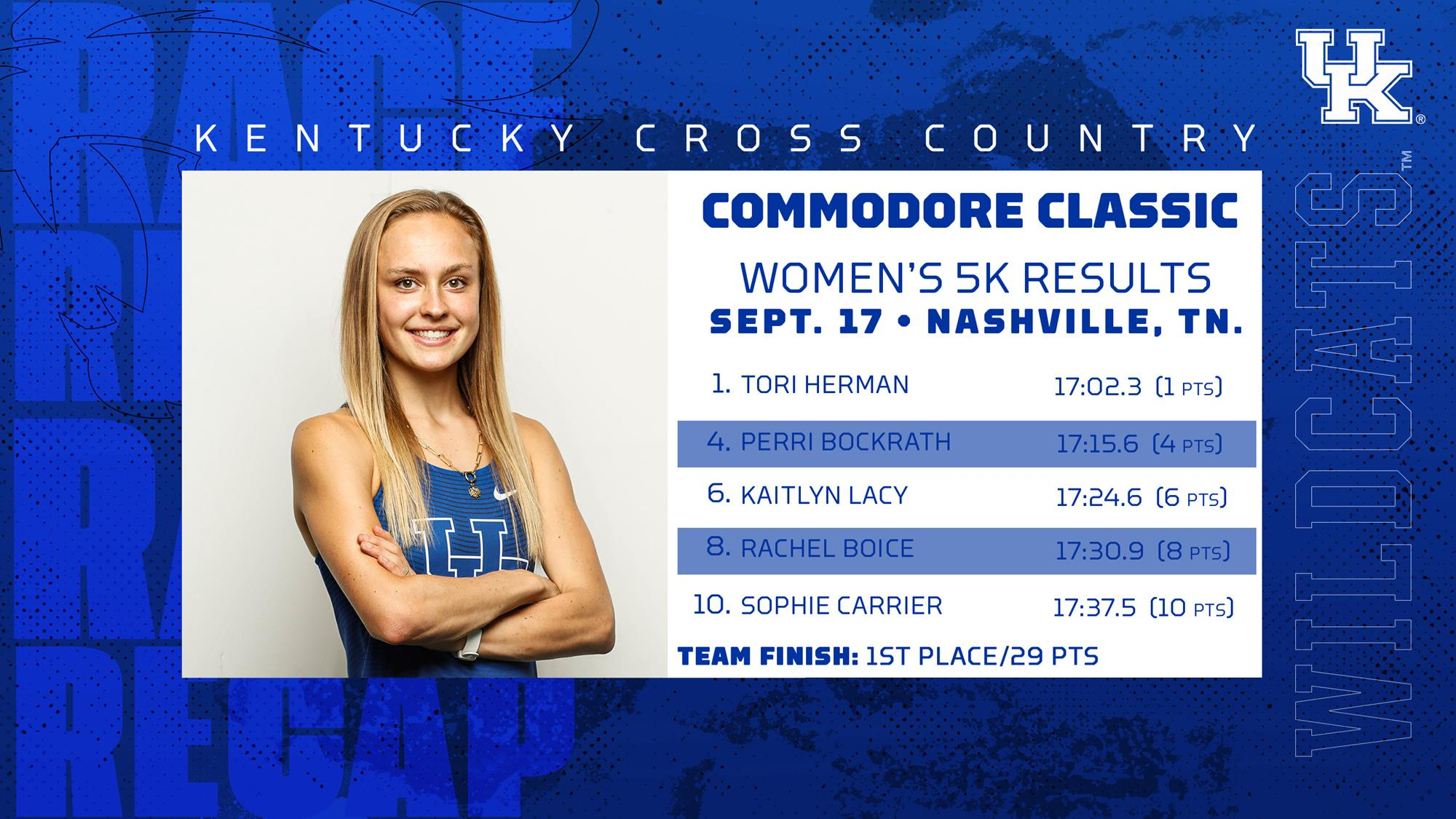 The men’s team tied with Middle Tennessee for first in points, but the Blue Raiders won the tie-breaker for first place.

Bollam-Godbott also had a strong finish at Missouri two weeks ago, finishing eighth in under 18 minutes.

Herman’s last cross country race was 2020 SEC Championships, in which she finished 15th and was named to the SEC All-Freshman Team for her performance.

This meet marked the Wildcats’ second team win in two meets after the men’s team won the Missouri Opener.

Next up, Kentucky cross country will travel to South Bend, Indiana to compete in the Notre Dame Invitational on Friday, October 1.