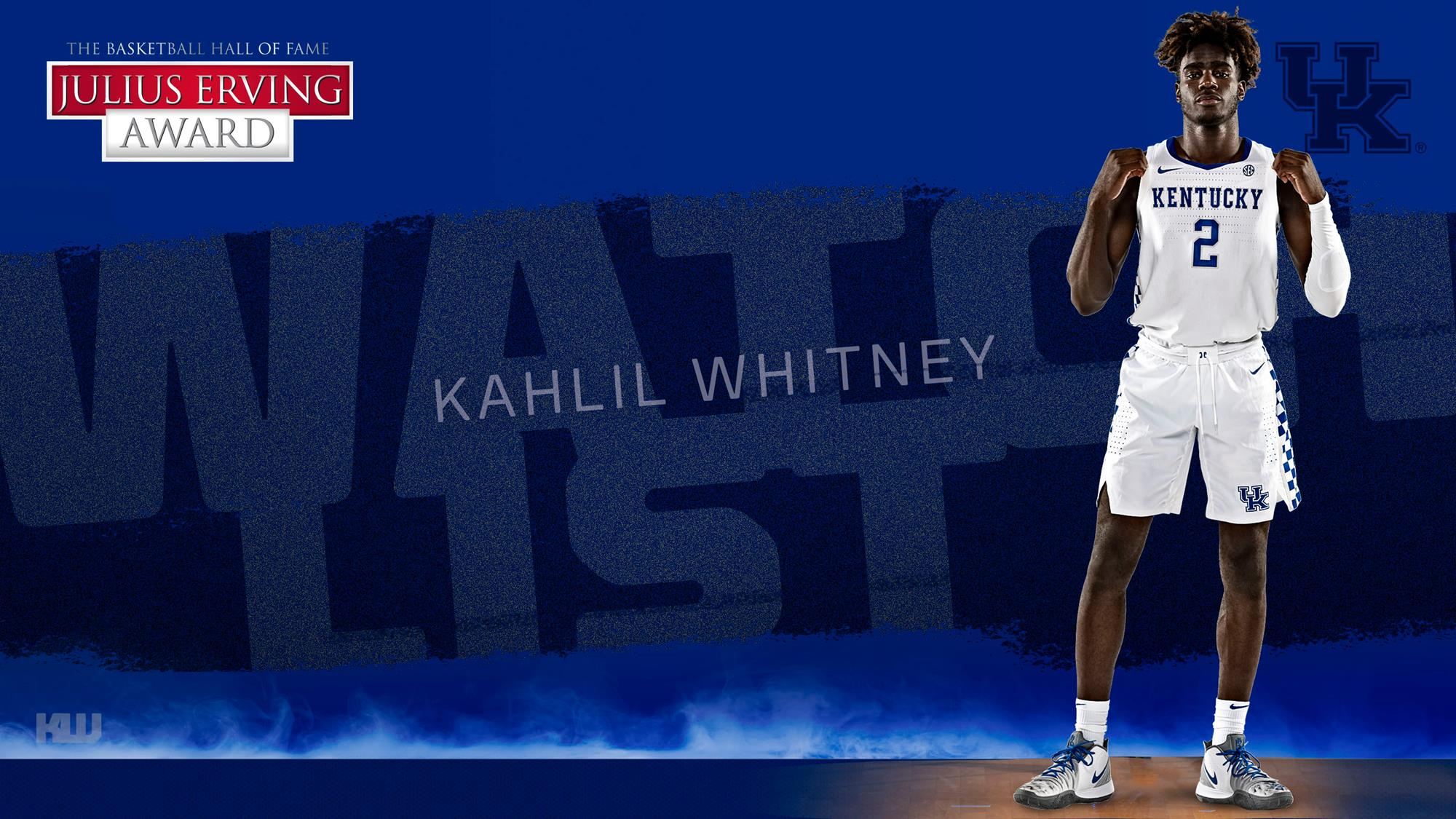 LEXINGTON, Ky. – Freshman forward Kahlil Whitney was tabbed to the 2020 Julius Erving Award Preseason Watch list, presented annually by the Naismith Memorial Basketball Hall of Fame. He is one of 20 players being considered for the nation’s best small forward award and is the third different UK player to be named to a preseason watch list for a positional award in as many days.

Whitney joins Florida’s Scottie Lewis as the lone Southeastern Conference players to earn selection to the preseason list of nominees. The SEC’s duo is two of six first-year players among the 20 preseason honorees.

Named after Naismith Memorial Basketball Hall of Famer Julius Erving, this year’s award will be presented at the ESPN College Basketball Awards Show in April. Whitney is looking to become the Wildcats’ first winner of the small forward positional award, which is in its sixth year of existence.

Whitney was ranked among the top 15 players by every major recruiting service for the class of 2019. He was a Naismith High School Boys’ All-America Third Team selection and appeared in the McDonald’s All American Game, the Jordan Brand Classic Game and the Iverson Roundball Classic. He was tabbed the co-MVP of the Iverson all-star game after scoring 38 points.

The Chicago native averaged 19.4 points and 5.7 rebounds per game for Roselle Catholic (Roselle, New Jersey) as a senior. Whitney scored in double figures in all 28 games and recorded 20 or more on 11 occasions. He led Roselle Catholic to the New Jersey’s Tournament of Champions as a junior and scored more than 2,000 points during his high school career.