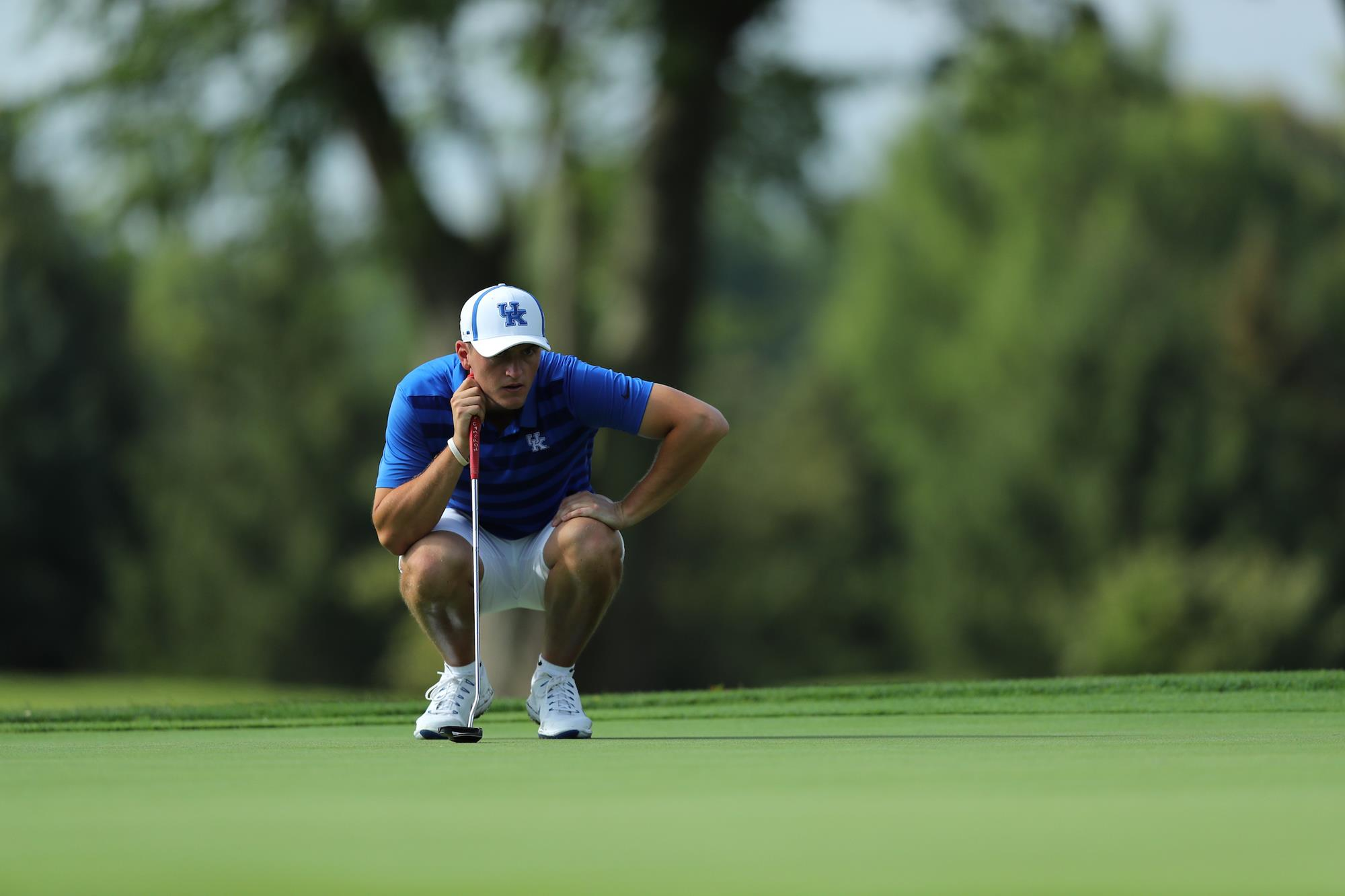 PALISADES, Calif. – Lukas Euler will play to make the cut on Saturday after a solid opening round and start to his second round in his PGA Tour debut at the Genesis Open. Euler will begin tomorrow at 1-over par after playing 25 holes on Friday. The projected cut stands at 1-under par.

Thursday’s round was delayed due to rain, pushing Euler’s start to Friday. He managed to start his second round, but play was suspended at 8:28 p.m. ET Friday due to darkness with play resuming on Saturday at 10 a.m. ET.

Euler began with a bang in his PGA Tour debut, showing no sign of nerves, as he birdied two of his first three holes and sat at 1-under par through six. He finished with four birdies, putting him at 1-over par after the first round. Through seven holes in his second round, he has birdied and bogeyed once each, keeping him at 1-over par heading into Saturday.

Former UK star JB Holmes led the field after 18 holes, shooting an 8-under 63 in the first round. He remains one behind the leaders, Justin Thomas and Adam Scott, at 9-under with a full back nine left to play in his second round. Holmes came into the weekend at 61st in the FedExCup Standings but could make a significant jump if he carries his momentum from Friday into the weekend.

This is not Euler’s first crack at a professional event. Euler played in the KLM Open on the European Tour in September after winning in a playoff at the Dutch Amateur this summer, allowing him to earn an exemption.

The Dieburg, Germany native is paired with Curtis Luck and Seth Reeves for rounds one and two. Euler and Holmes join 2018 winner Bubba Watson along with some of the other biggest names in golf, including Tiger Woods, Dustin Johnson, Justin Thomas, Bryson DeChambeau, Rory McIlroy, Jordan Spieth, Phil Mickelson, Jon Rahm, and Xander Schauffele. Euler is the only amateur in the field.