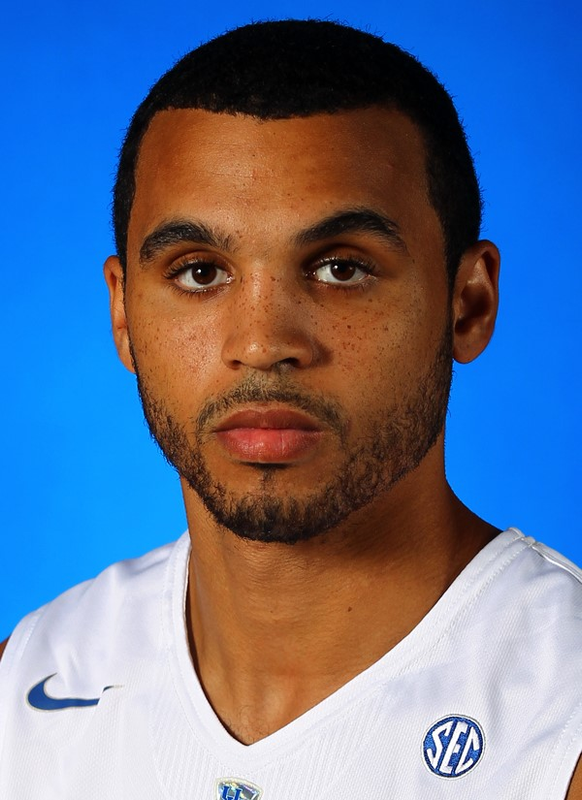 Senior: Appeared in 32 games in his senior season with the Wildcats … Set new career marks in minutes, field goals, field-goal percentage, 3-pointers, 3-point field-goal percentage, free throws, rebounds, assists, blocks, steals and points … Averaged 4.7 points and 1.5 rebounds in 10.6 minutes a game … His 35 made 3-pointers on the year ranked third on the squad behind only Malik Monk and Derek Willis … Hit a 3-pointer in 21 of the 32 games he played … Had four double-figure scoring efforts … Led the team in blocks twice, rebounds once and steals once … Notched four games with three or more made 3-pointers … Drained a 3-pointer and added two assists in the NCAA Tournament win over No. 19/19 Wichita State … Had a 3-pointer to beat the halftime horn in the SEC Tournament championship against Arkansas … Also added three rebounds in that game … Had five first-half points on Senior Night against Vanderbilt to help the Wildcats rally from a 19-point first-half deficit … Posted nine points and two rebounds in a big-time effort at Georgia … Had eight points on the road at Florida … Scored 12 points and had two assists in the home victory over Auburn … Poured in nine points and added a season-high seven rebounds vs. Valpo … Scored in double figures in three consecutive games, logging a career-high 13 points in consecutive games vs. Duquesne and Cleveland State before following that up with 12 against UT Martin … He drained a career-high four 3-pointers vs. UT Martin … Had eight points in his season debut against Stephen F. Austin.

Junior: Made an appearance in 24 games … Logged 90 minutes with 12 points and 27 rebounds … Grabbed three rebounds in seven minutes at Auburn … Averaged 3.3 points and 4.0 rebounds during a three-game stretch from Jan. 5 to Jan. 12 … Played 10 minutes in the win against Mississippi State, scoring two points … Posted three points and four rebounds along with a made 3-pointer in 11 minutes at Alabama … Recorded career highs in points (five), rebounds (eight) and minutes (14) on the road at LSU … Made first career 3-pointer as a Wildcat at LSU … Grabbed two rebounds in seven minutes vs. Arizona State .. Recorded two boards in the home victory against Wright State … Also had two rebounds vs. NJIT … Scored his first career two points in the home opener against Albany.

Averaged 15.7 points and 6.4 rebounds per game while connecting on 46.3 percent of his field goals from 3-point range as a sophomore at Vincennes University … Rated as the No. 18 junior college prospect and the No. 5 junior college shooting guard by 247Sports … Earned junior college All-America honors in 2014-15 while leading Vincennes University to a 33-2 during his sophomore season … During his freshman campaign, he averaged 8.6 points and 4.6 rebounds while shooting 38.3 percent from long range … Originally a member of the 2013 class and was considered a top-10 prospect out of Canada at the time.

Attended Catholic Central High School in Windsor … Led Catholic Central to a Provincial Championship … A two-time league most valuable player … Was named to the All-City team during all four years on the varsity squad … Also competed in football and track and field … Claimed a city championship in the high jump with the track program.

Son of Randy Mulder and Jennifer Gignac … Born June 12, 1994, in Etobicoke, Ontario … Has a sister, Cynthia … The best gift he has ever received is his offer to UK … His parents have been his life’s greatest influence … Lists his most memorable moment as a basketball player as his final home game at Vincennes … Chose No. 11 because it was the number he wore in high school and he wanted something to remind him of home.
Read more
Skip To Main Content