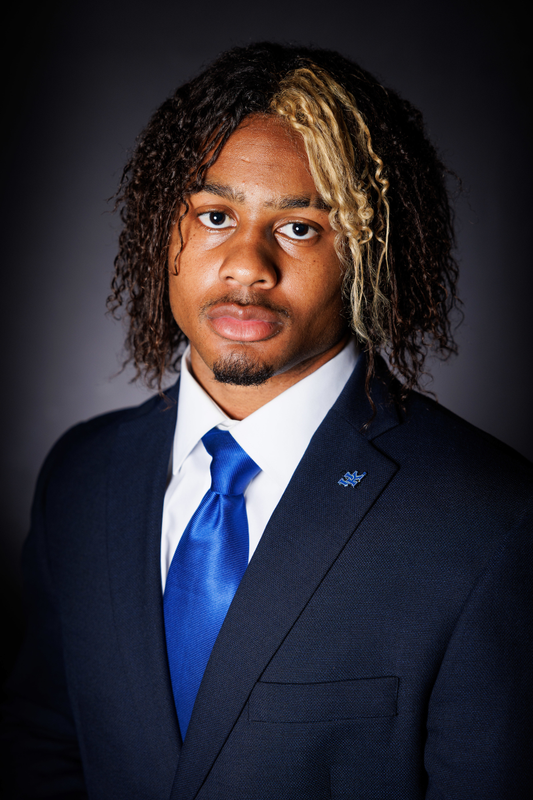 2022 – %Senior
• Came to Kentucky as a graduate transfer and will have one season of eligibility remaining
• Spent four seasons at Mississippi State, seeing action in 20 career games with eight starts
• Began his career as a walk-on with the Bulldogs in 2017

2018 – r-Freshman (Mississippi State)
• Appeared in two contests, but did not accumulate any stats
• Made collegiate debut vs. Stephen F. Austin

High School
• Prepped at IMG Academy in Bradenton, Florida under head coach Kevin Wright
• As a senior, recorded 44 tackles and 1.0 tackle for loss and collected two pass break-ups
• Made one fumble recovery and ran 47 yards for a touchdown
• As a junior, made 44 tackles

Personal
• Son of Endia and Douglas Craft
• Father, Douglas, played college football at Southern and went on to play seven seasons (1993-99) in the Canadian Football League and saw time with the NFL’s Seattle Seahawks and Indianapolis Colts
• Graduated from Mississippi State in May of 2021 with a degree in youth development and family studies … Currently working on a second degree in community leadership and development

Londyn Says
• He chose Kentucky because of the coaching staff and he loved the city of Lexington
• Most people don’t know that he’s been growing out his hair for five years
• Three words to describe him are calm, cool, and collected
• What motivates him to work hard are his parents and because he wants to be legendary one day
• The best advice he’s ever received is “gain control of your money or the lack of it will control you” tackles