Amani Gilmore, Quarterback, 6-2, 180, Fr-HS, Amite, La. (Amite) –  A three-star dual-threat quarterback … 247Sports.com ranks him as the No. 42 pro-style quarterback nationally in the class of 2019 … Led his team to the 2018 Louisiana 2A State Championship, the Warriors’ first championship in 14 years and just the fifth title in team history … Named the game’s Most Outstanding Player after accounting for a remarkable 366 of the team’s 442 yards total yards and six touchdowns … Completed 11-of-17 passes for 286 yards while rushing 23 times for a team-high 80 yards … Totaled over 2,000 total yards in his senior year, including 1,000 rushing yards, while also averaging 40.0 points per game … Dual-sport athlete as he also excels on the baseball diamond as a left-handed pitcher and outfielder …  Amite head coach Zephaniah Powell said “Throws the ball very well, is very accurate. Can stay in the pocket, can beat you with his arm from the pocket and also can beat you with his legs from out of the pocket. Very good high IQ when it comes to football. He is a gym rat, loves to lift, loves to work out.”… Chose UK over Tennessee. 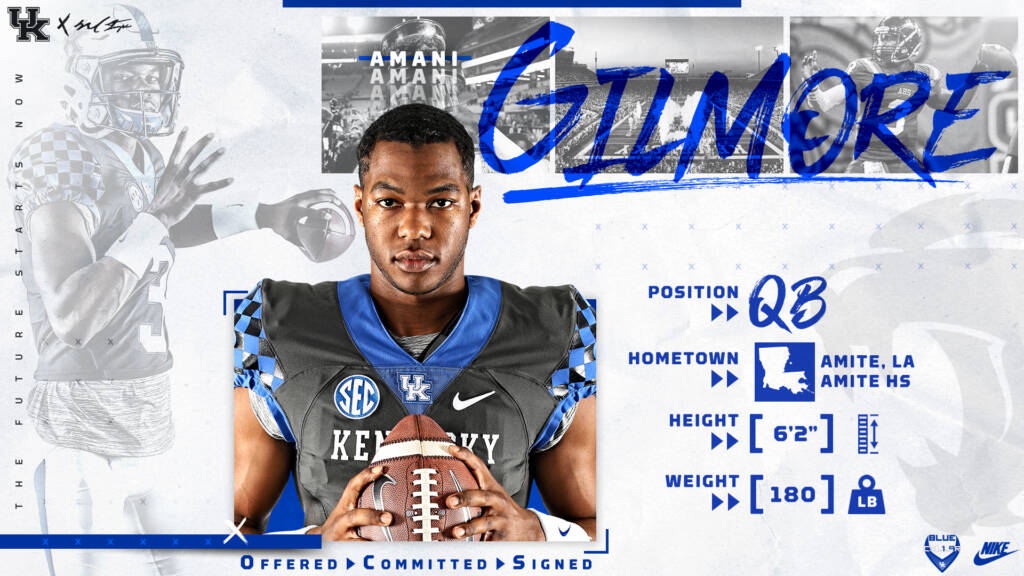