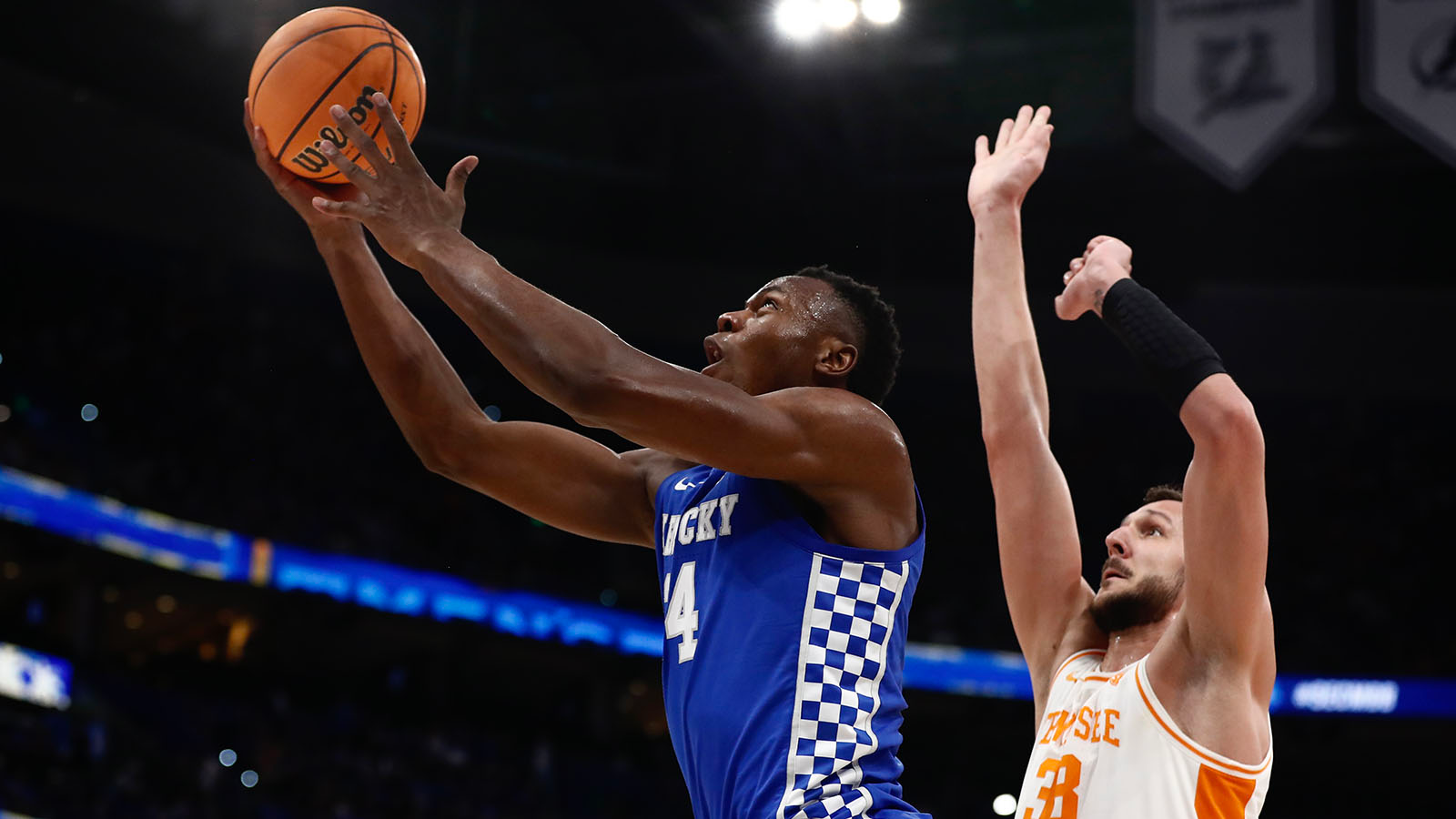 The Volunteers (25-7) have won 11 of 12 and taken a huge step toward potentially securing a No. 1 seed in the upcoming NCAA Tournament. Tennessee will face eighth-seeded Texas A&M on Sunday in the SEC title game.

The Wildcats (26-7) had been penciled into a top seed, but losing to Tennessee twice in three meetings could flip the script. Chandler, Ziegler and Josiah-Jordan James helped author the changes.

Chandler, a freshman guard from Memphis, made 8 of 16 shots and seemingly had an answer every time third-seeded Kentucky looked like it would make a run in front of a pro-Big Blue crowd inside packed Amalie Arena. Chandler added three rebounds, two assists and a steal.

Still, the Cats kept coming and used a couple huge turnovers in the waning seconds to close within 65-62.

But the Wildcats missed four 3-pointers in the final minute, with Keion Brooks, Kellan Grady, TyTy Washington and Sahvir Wheeler all misfiring. It was a fitting end to a frustrating day for the Wildcats.

Kentucky shot a measly 34.4% from the field and missed 18 of 20 from behind the arc. Both of the Wildcats’ worst shooting performances of the season came against Tennessee.

James finished with 10 points, four rebounds and three assists for the second-seeded Vols. Eight of his points came early in the game as Tennessee built a double-digit lead.

Zeigler came up big down the stretch, making three free throws that closed it out.

Brooks led the way for Kentucky, finishing with 19 points. Washington had 17, and Wheeler 10.

Oscar Tshiebwe had 13 points and 11 rebounds to notch his 15th consecutive double-double and 27th of the season, breaking the single-season mark set by Kentucky great Dan Issel in 1969-70.

Tshiebwe was saddled with foul trouble in the first half and ineffective with Kentucky chasing points. Uros Plavsic defended him better than most in the paint.

Kentucky coach John Calipari will have to wait a year to potentially break the school record for most wins in the SEC Tournament.

Calipari tied Tubby Smith with No. 24 in the quarterfinals Friday. Calipari is 24-6 now following a loss to Tennessee in the semifinals. Cal and Smith are tied for the third-most in league history, behind Florida’s Billy Donovan (27) and Alabama’s Wimp Sanderson (25).

Tennessee: The Vols won their regular-season meeting against Texas A&M 90-80 in Knoxville on Feb. 1.