The Wildcats showed an impressive performance in Auburn Arena, falling short to the Tigers scoring 197.150 to Auburn’s 197.925.

The Wildcats then turned their attention to vault where Arianna Patterson took the overall win for the event. Her huge score of 9.925 set her 0.05 ahead of a five-way second-place tie. Kentucky’s Isabella Magnelli and Worley tied with the Tigers’ Sara Hubbard, Drew Watson and Derrian Gobourne who all scored 9.875. Magnelli’s mark set a new high for her in the 2022 season.

In the third rotation of the evening, the Cats set their focus on their floor routines. Following a two-way Auburn tie for first place, Hailey Davis and Worley tied for third with a tally of 9.950. Davis’ top-mark set a record for the gymnast as she achieved a new career and season high on the event. Ashlyn LaClair also posted an impressive performance scoring 9.875 and setting her own career and season highs.

Kentucky finished the meet with balance beam to round out the night. Shealyn Luksik and Worley posted marks of 9.950 to set a three-way tie with Auburn’s Sophia Goth for second place. The trio were on the leaderboard behind Olympian Sunisa Lee who posted a 10.000 in the event. The 9.950 was a season high for both Luksik and Worley, with Luksik also setting a new career-best.

UK completed the competition with Worley following closely in second behind Lee who won the All-Around for the night. Worley tallied a combined 39.700 over the four rotations with Lee scoring 39.775.

Kentucky competes next week at LSU on Friday night at 8:15 p.m. ET at the Pete Maravich Assembly Center in Baton Rouge. The meet will be televised on SEC Network+. 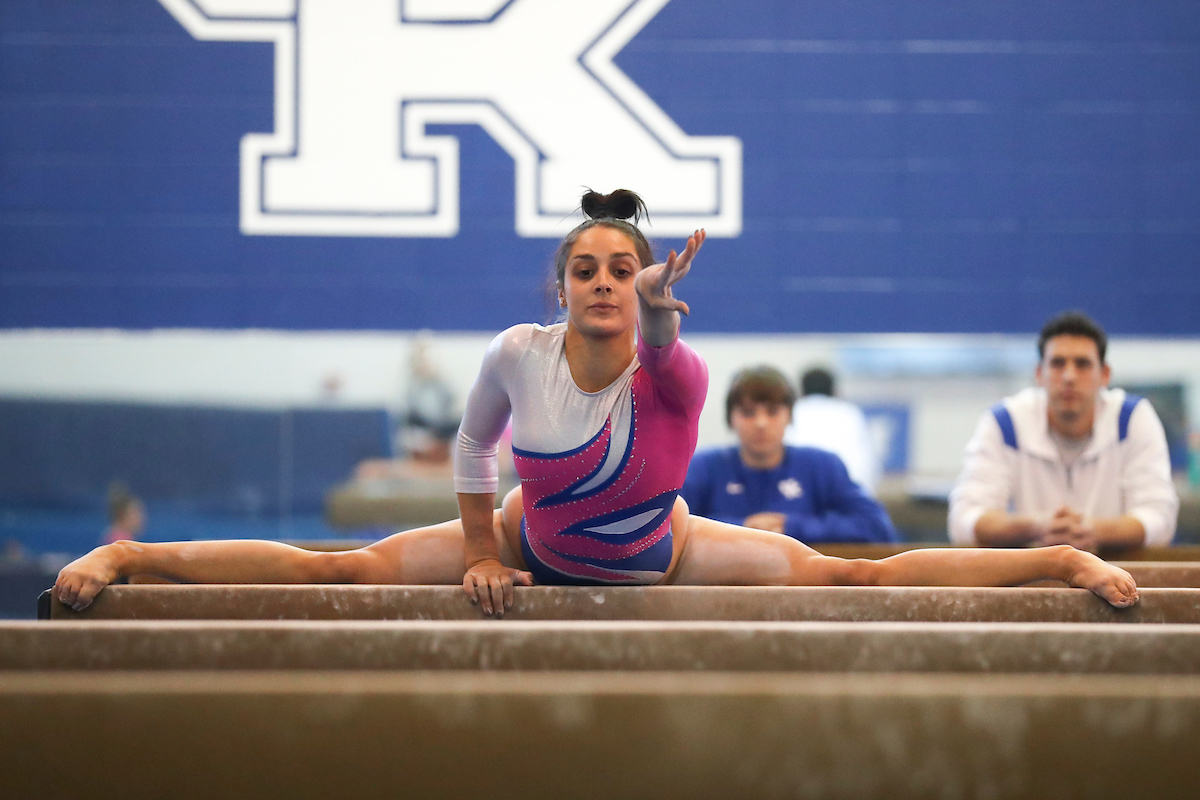