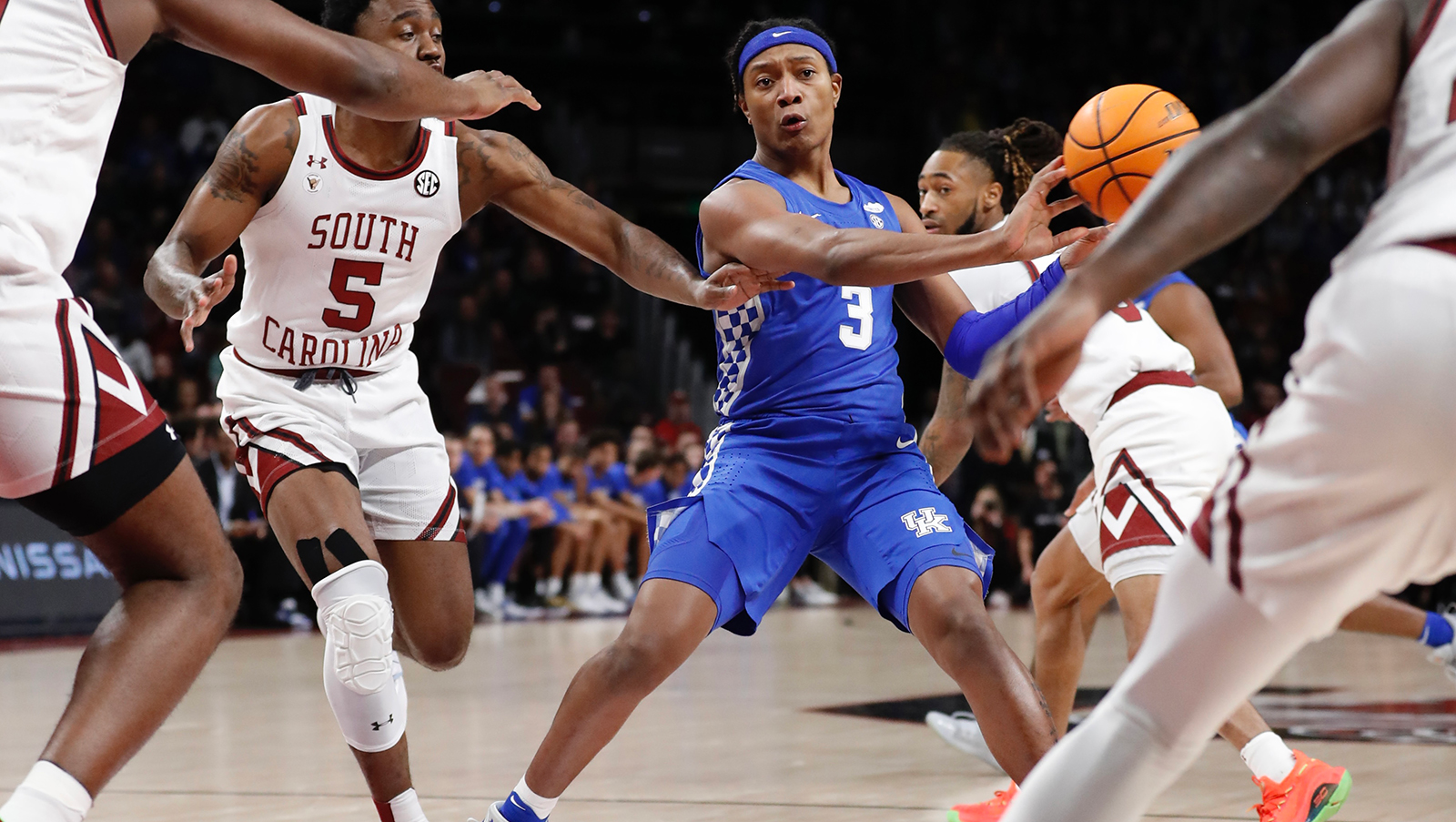 COLUMBIA, S.C. – Oscar Tshiebwe posted his sixth straight double-double with 18 points and 14 rebounds and TyTy Washington Jr. scored 12 of his 14 points in the second half as No. 5 Kentucky beat South Carolina 86-76 on Tuesday night.

Kentucky had lost its previous two games at South Carolina and when Keyshawn Bryant’s bucket tied things at 43-all with 15 minutes left, it appeared the Wildcats might have to sweat out another at Colonial Life Arena.

Instead, Kentucky went on a 15-2 burst fueled by Tshiebwe and Washington, both who played limited first-half minutes due to foul trouble.

Washington broke the tie with a bucket, added a foul shot and then a nifty pass to Keion Brooks Jr. for a dunk. The 6-foot-9 Tshiebwe added a couple of inside baskets and when Washington nailed a 3-pointer, the Wildcats were up 58-47 and cruising to their fifth straight victory – and fourth in a row in league play.

Keion Brooks Jr. had 15 points for the Wildcats. Washington had 12 of his 14 points in the second half while Kellan Grady added 12. In all, Kentucky finished with six players in double-figure scoring.

For as good as Kentucky typically is everywhere else in the SEC, it’s had its troubles at South Carolina. The last visit, it was Jermaine Couisnard’s 3-pointer as the buzzer sounded that lifted the Gamecocks to an 81-78 victory over then then-10th-ranked Wildcats.

Kentucky came out ready to put away South Carolina in the first half and led 39-28 after eight consecutive points by Jacob Toppin.

But it was gone over the next seven minutes as South Carolina put together a 15-4 run.

The Wildcats had 10 turnovers by halftime and were outscored 14-5 off of miscues early on. They tightened up in the second half with only six more turnovers.

Bryant had 18 points and 14 boards while Couisnard added 17 points for South Carolina.

Toppin, Kentucky’s reserve forward, turned his ankle late in the first half and walked awkwardly into the locker room. He did not return to the game.

Kentucky: The Wildcats had the speed, smarts and talent to turn things on again when the Gamecocks made it a game in the second half. Behind Tshiebwe and Washington, Kentucky should go deep into the postseason.

South Carolina: It’s been a difficult stretch for the Gamecocks. They were within striking distance of their past two ranked foes at home – 38-37 to No. 19 Tennessee in the second half last Saturday – and wound up losing both by double figures.