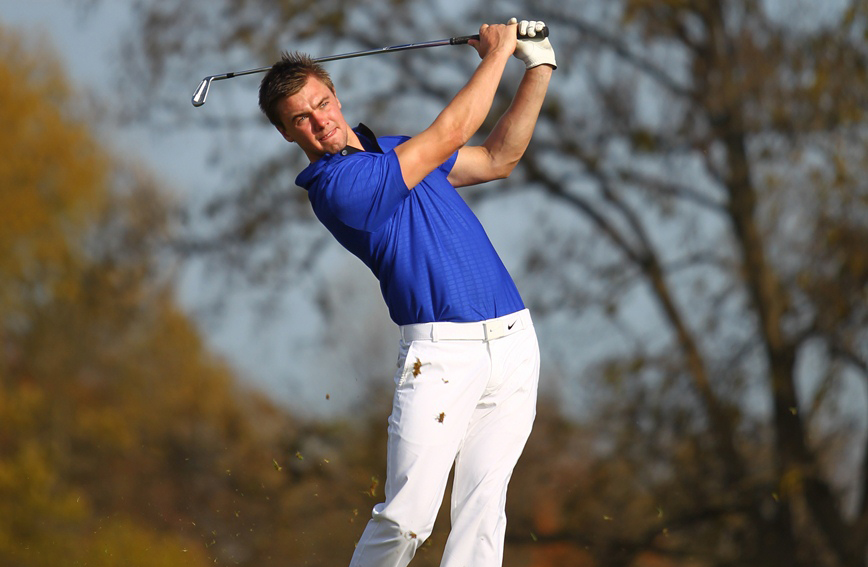 Stow was one of 12 players within three shots of the lead entering the final round, but the lowest score on the course on the final day enabled the former UK great to secure the win and move into the top 20 of the Road to Ras Al Khaimah rankings.

A native of Salisbury, England, Stow was a two-year letterwinner for the Wildcats. He earned PING Midwest All-Region team accolades following his junior campaign after coming to UK rated as the No. 2 player in Europe. While with the Blue and White, he qualified for the PGA Tour’s The Open prior to his senior season.

Sunday’s win marked a career milestone for Stow who recently returned to the game after a long-term knee injury. He began the day with one birdie over his first five holes, but a chip-in eagle at the sixth ignited his round.

“I played really well today and I’m so chuffed,” Stow said following the win. “I’ve been looking for a win for the past two seasons on the Challenge Tour, so I’m really, really chuffed.

Following the breakthrough eagle, he charted five more birdies the rest of the way and did not commit a single bogey. He entered the clubhouse with the lead with three groups still on the course. The lead proved to be insurmountable lifting Stow to the win.

Stow’s win moved him to 16th on the Road to Ras Al Khaimah with 39,451 points. The victory advanced him 80 places from his previous rank of 96. Prior to this week’s win, Stow admitted his goal for the season was to finish among the top 70 players and maintain his tour card.

“To not play competitive golf for a year is a long time so to be right up there and be competing how I know I can, my goals have definitely changed,” he said. “I want to push on and get a couple more good results, or wins, maybe.”