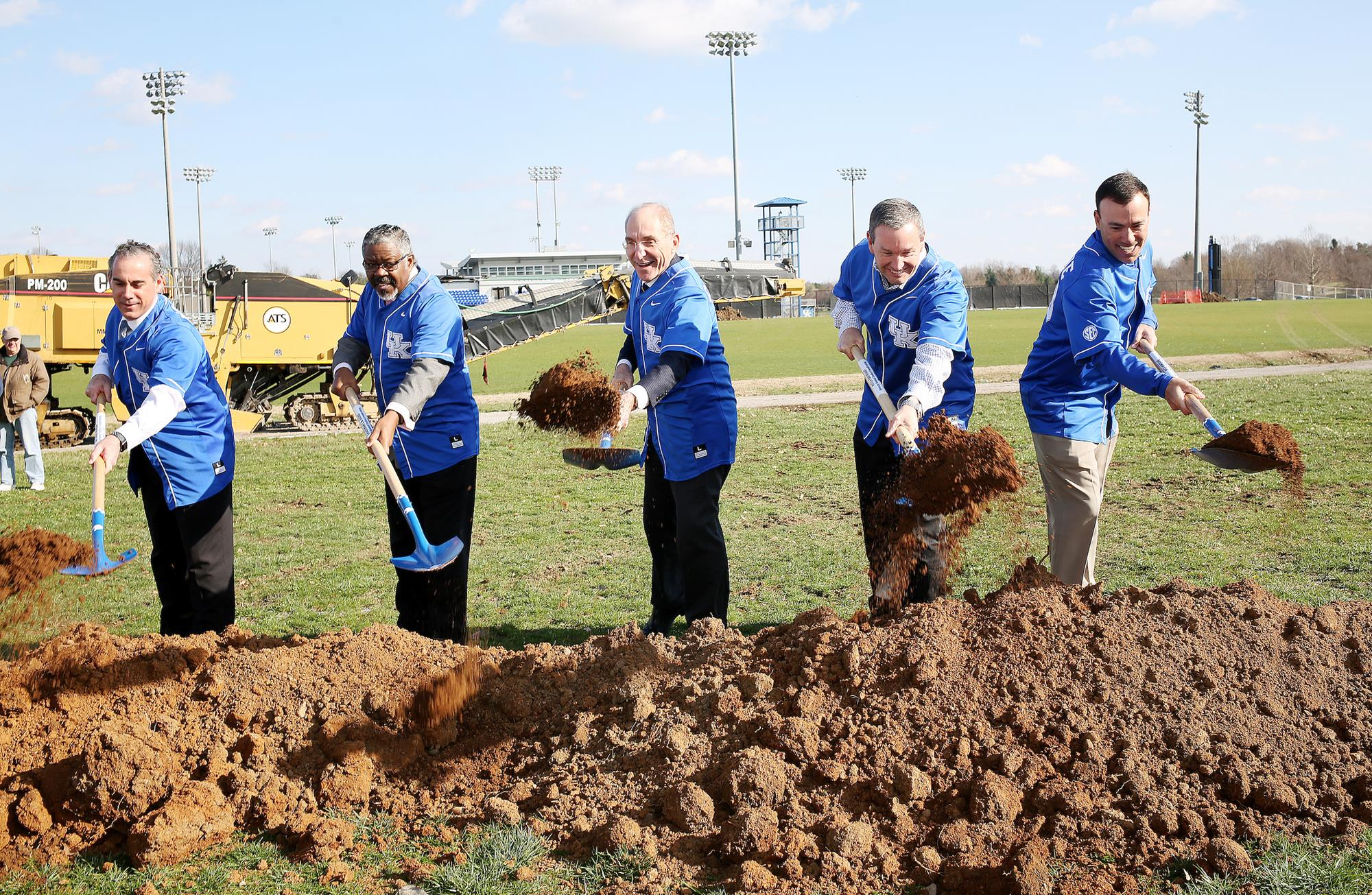 Construction is expected to take 18-20 months, meaning the stadium will open in late fall 2018 in time for the 2019 UK baseball season. The groundbreaking follows final approval for the project given by the UK Board of Trustees in October, continuing the ongoing $2.2 billion transformation of the University of Kentucky campus.

“Our transformation is about what we do for our students, because through these facilities is where they’re going to live, learn, work, and, especially here, compete,” Capilouto said. “This is part of what it means to put students at the center of everything you do. UK Athletics is an important part of the investment we’re making in our campus and in all our students and their success, whether in the classroom or on the field.”

The cost of the stadium, which will give UK baseball a state-of-the-art home on par with its peers in the Southeastern Conference, will be $49 million. The new stadium – which is yet to be named – will be located off Alumni Drive between the new Kentucky Football Training Facility and the Wendell and Vickie Bell Soccer Complex, adding to the cluster of UK Athletics facilities in the area.

“We’ve created a little bit of village on this side of campus for our student-athletes,” Barnhart said. “It’s a really, really special place for us. It gives us a chance to be our best version of who we want to be.”

The baseball stadium is being relocated from its current site to accommodate the university’s South Campus Master Plan. The move will allow for the development of additional student recreation spaces and a substantial expansion of parking spaces on South Campus.

The stadium will feature permanent seating for nearly 2,500 fans with additional space on grass berms to accommodate a total of more than 4,000 fans for regular-season games. Beyond the outfield wall, temporary bleachers can be installed for NCAA Tournament games to bring the seating capacity to more than 7,000. Fan amenities also will include suites and a new club area.

The team areas will give Wildcat students and coaches everything they need to compete at a high level in a single location. The new stadium will feature a team lounge, locker room, training area, indoor hitting and pitching areas, and coaching offices, as well as a recruiting room. All spaces are either new to UK baseball or significantly larger than ones currently in use.

UK Athletics is working with Ross Tarrant Architects and HNTB to design and build the stadium, the same partners who recently completed the renovations of Commonwealth Stadium and the new Kentucky Football Training Facility.

The new stadium will replace Cliff Hagan Stadium, which has been home to UK baseball since its opening in 1969. Once the new stadium opens, Cliff Hagan Stadium will be demolished to make way for a new facility for UK’s men’s and women’s tennis programs. Additionally, a new soccer practice field replacing the one located at the site of the new baseball stadium will be built at the current site of the club practice field off College Way.