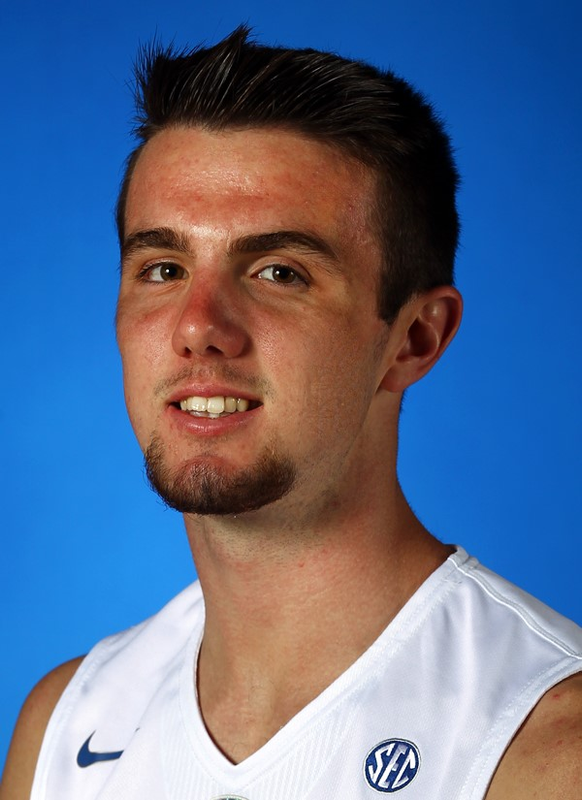 Redshirt Junior: SEC Academic Honor Roll member … NABC Honor Court … Deans list fall 2017, spring 2018 … Graduated with undergraduate degrees in computer engineering and computer science and a minor in mathematics … Member of UK’s Student-Athlete Advisory Committee … Plans to pursue a master’s degree at Carnegie Mellon … Was named to the 2018 Southeastern Conference Community Service Team for his on-going efforts in the community … Appeared in five games, including the win over Louisville and in the second round of the NCAA Tournament against Buffalo.

Redshirt Sophomore: SEC Academic Honor Roll member … Dean’s List fall 2016, spring 2017 … Member of UK’s Student-Athlete Advisory Committee … After redshirting due to NCAA transfer rules, he made six appearances in his first season with the Wildcats … Had an assist and a rebound in a career-high two minutes against Duquesne … Made his Kentucky debut in the win over Canisius.

Transylvania: The 6-3 guard played in 25 games for the Pioneers, averaging 4.8 points and 3.4 rebounds per game.

A graduate of Harrison County High School, Pulliam was a five-year member of the varsity basketball team … During his career, he made the All-10th Region Team three times, was named the district tournament MVP and was a member of the school’s 1,000-point club … Pulliam finished his career at Harrison County fifth in career scoring, third in career 3-point field goals and set a school record for most 3-point field goals made in a game with nine … An honor-roll student, he was his high school’s valedictorian … Was a member of the BETA Club.

Son of Bill and Debbie Pulliam … Major is computer engineering … Born April 25 in Lexington, Kentucky … Has a brother, Zack … His pre-game superstition is always ending warm-ups on a made shot … His biggest influences in life are his parents … Lists his most memorable moments as a player as winning the District title during his junior and senior years of high school.
Read more
Skip To Main Content