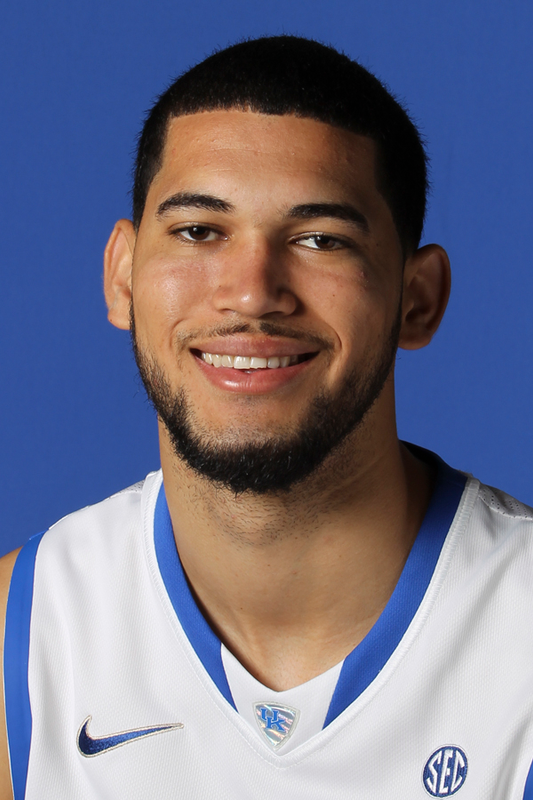 Traveled to China with Sports Reach USA … Also worked out with the Dominican Republic national team.

Junior: Played in all 38 games, averaging 1.5 points per game and 2.0 rebounds per game … Pulled down five rebs. in the Final Four vs. UConn … Made impact in win over Florida in the SEC Tournament championship with two pts. and four rebs. in 10 mins. of action … Grabbed two rebs. in six mins. vs. Ole Miss in the SEC Tourn quarterfinals … Blocked two shots against Florida at home … Had two pts. and two rebs. against South Carolina at home … Finished with two pts., four rebs., and one assist in 14 mins., against Florida … Played 14 mins. against LSU, pulling down four rebs. … Played nine mins. against Auburn, pulling down three rebs. and blocking one shot … Posted his second-straight game with three blocks vs. Coppin State … Totaled a career-high eight pts. and three blocks in win over Winthrop … Tied a career-high with six rebs. in 10 mins. of action vs. Miss. Valley State … Played 10 minutes, logging two points, three rebounds, one block and one steal against Indiana … Played nine minutes on the road against North Carolina, pulling down two rebounds … Scored four points and pulled down four rebounds in 17 minutes of play against Boston … Totaled career highs with both six points and six rebounds vs. UConn in the Maui Invitational championship game … Also was a perfect 4-for-4 from the charity stripe and blocked two shots … Made two crucial free throws down the stretch vs. Washington, scoring four points … Logged a season-high 16 minutes, grabbing four rebounds vs. Oklahoma … Scored four points on a perfect 2-for-2 shooting from the field against Portland … Totaled four rebounds and one blocked shot while playing 14 minutes against Portland … Grabbed four rebounds, blocked one shot and dished out one assist in 13 minutes of action vs. ETSU.

Miami-Dade College (2009-10): Averaged 21.1 points and 14.1 rebounds while shooting 47 percent from the field and 77 percent from the free-throw line during the 2009-10 season … Received All-America honors and conference player of the year accolades.
Florida (2008-09): Averaged 0.6 points and 0.7 rebounds with five blocks in nine appearances as a Gator … Missed first 11 games of the season while recovering from off-season ankle surgery … Played a career-high 11 minutes against Jacksonville in first round of the NIT, recording one rebound and a block … Made two free-throws and grabbed two rebounds in two minutes against Auburn.

Ranked as the No. 26 prospect in the nation according to Rivals.com and No. 33 according to Scout.com … Averaged 21 points, 14 rebounds and four blocks while leading American Heritage High School to an 18-9 record as a senior during the 2007-08 season … Achieved two program milestones during his stay, scoring a single-game record 40 points during the 2007 season and registering a triple-double with 20 points, 15 rebounds and 11 blocks in a contest during the 2008 campaign … Claimed First-Team All-County and Second-Team All-State as a junior … Averaged 21.0 points, 14.0 rebounds and four blocks during his junior season … Won 2007 AAU National Championship as a member of Team Breakdown … Participated in multiple elite showcase games, including the Elite 24 All-Star game in New York and the Reebok 4 All-Star game in Philadelphia … Named to the Reebok Summer Championships First Team … Played prep career at Chaminade Madonna Prep for two seasons before attending American Heritage.