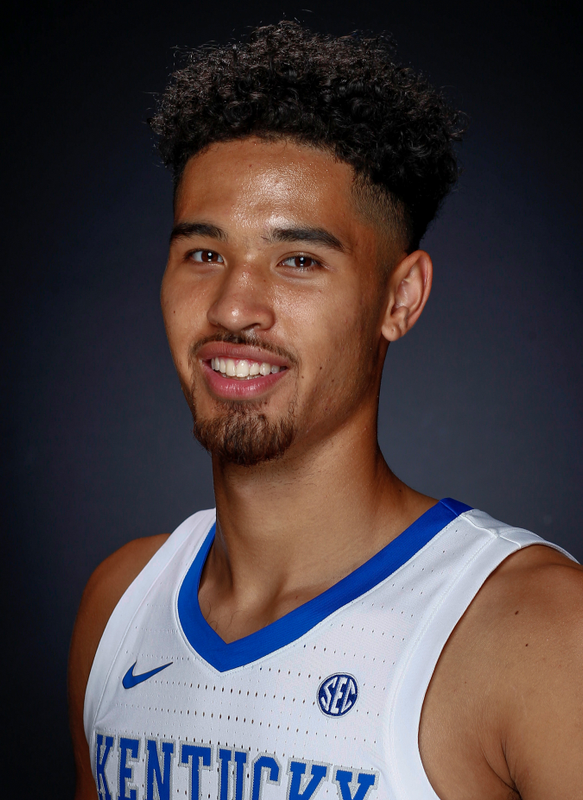 Freshman: Entered the transfer portal after the season … Key reserve, especially late in the season as he developed more confidence … Appeared in 28 games with two starts during his freshman season … Scored 82 points, with 54 rebounds, nine assists, five steals and two blocks … Played his best basketball late in the season … Made 10 of his final 20 3-point field goals … Totaled a career-high 33 minutes and notched his second double-figure scoring game with 10 points and two 3-pointers in the 18-point comeback at Florida … Had a career day at Tennessee, posted career highs with 13 points, four field goals made and three 3-pointers in 24 minutes … Also grabbed a key offensive rebound in Knoxville, Tennessee … Scored five points at the win at No. 18/18 Texas Tech, including a key 3-pointer … Recorded six points in the home win over Georgia … Played 17 big minutes in the win at Arkansas, tying a then-career high of five points … Had five rebounds at South Carolina, which spearheaded more minutes as the season progressed … Recorded his first career start against Fairleigh Dickinson and played 22 minutes … Posted five points in the win over UAB … Hauled in seven rebounds in 20 minutes vs. Eastern Kentucky.

Late add to the 2019 class after reclassifying … Ranked in the top 35 by the major recruiting services, including ESPN (No. 29), 247Sports (No. 31) and Rivals (No. 34) … The 34th-best prospect by the Recruiting Services Consensus Index … Consensus five-star prospect … Averaged 23.0 points, 8.5 rebounds and 3.4 assists per game during his junior season at Harvard-Westlake … Named Mission League MVP … All-California Interscholastic Federation First Team pick … Harvard-Westlake claimed the CIF championship and the Mission League Championship for the first time since 2011 … Mainstay at Team USA events … Finalist for the U17 Team USA squad.

Born March 17 in Los Angeles … Major is marketing … Parents are Hanh and Maxie Juzang … Has a brother, Christian, and a sister, Lauren … Brother plays basketball at Harvard … Enjoys fashion and watching movies … His most prized possessions are his reading journal and books … Away from the court he likes being around friends and family … His greatest fear is letting down those who support him … Chose Kentucky over Virginia, Kansas, Villanova and Oregon.