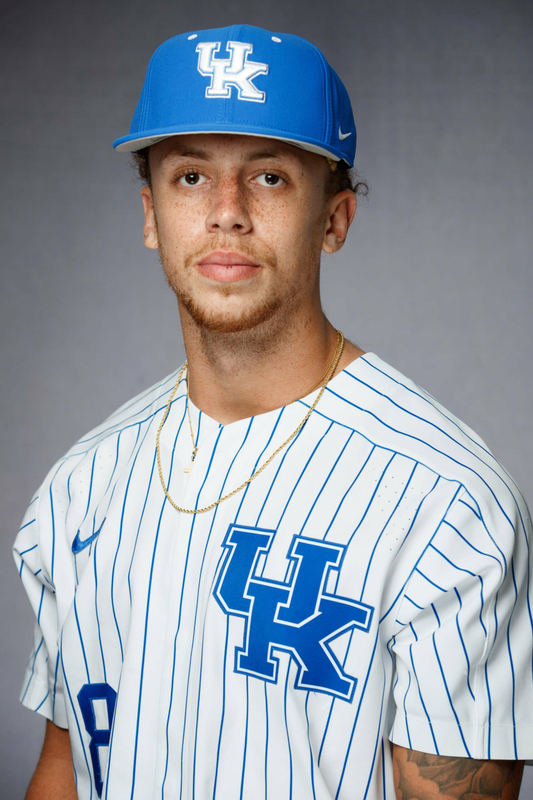 2022 (North Florida)
Named First Team All-ASUN as the lone shortstop selected to the squad…Led the team in batting average at .300, making 50 starts…Settled into a dynamic leadoff batter role…showed versatility with 40 starts as the leadoff batter, 24 starts at second base, 24 at shortstop, one at first base and one at designated hitter…Stole the first 12 bags that he attempted to steal on the season.Scored a team-best 49 runs while swiping 16 of 21 bags, also a team high.Doubled 12 times, tripled two times, homered five times, drove in 28, worked 20 walks and collected 100 total bases..Helped spin 27 double plays, collecting 117 assists and 69 putouts…Finished ninth in the league in stolen bases…Had three three-hit games, doing so against Liberty, Kennesaw and FGCU…Tied for the second-most multi-hit games on the team with 21, collecting 14 two-hit games, four-three hit games and three-four-hit games…Had eight two-RBI games as the leadoff batter…Posted a season-best 10-game reached base streak and a nine-game hitting streak on the season.

HIGH SCHOOL
Played at Parkview Hig School in Lilburn, Georgia for coach Chan Brown…Tabbed the No. 5 shortstop and 21st overall player in Georgia by Perfect Game, as well as the No. 184 overall player nationally in the 2018 class…2018 PG/Rawlings All-Region Team and honorable mention all-america…Parview won 7A state title…Batted .336 with nine extra-base hits and 34 RBI as a senior…Also played football.

*Alabama and North Florida Athletic Communications contributed to this bio