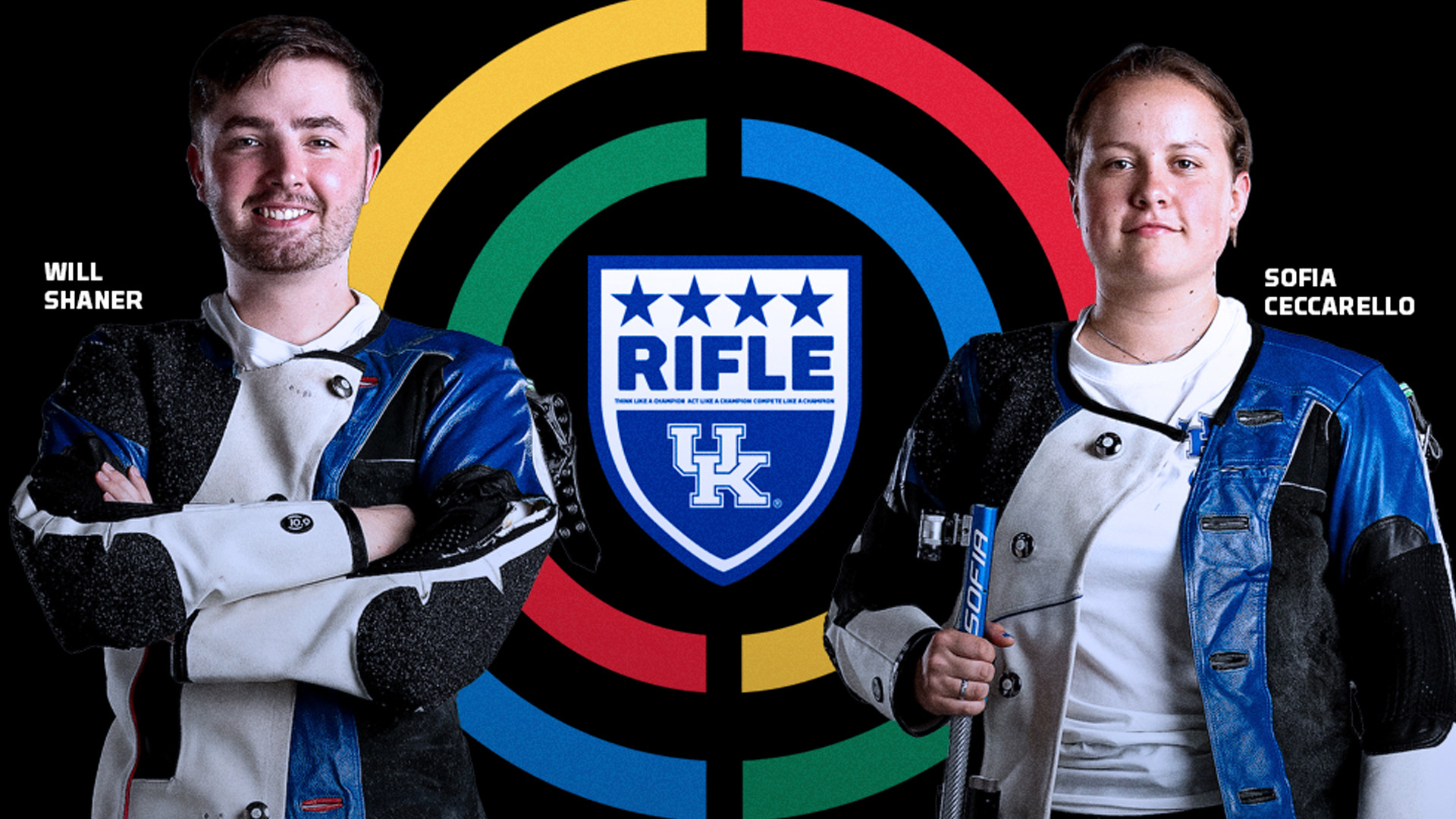 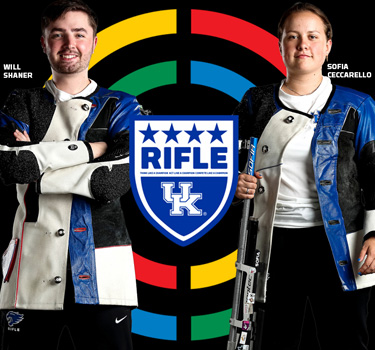 LEXINGTON, Ky. – University of Kentucky rifle stars Will Shaner and Sofia Ceccarello will take their talents overseas for the next week and a half as both will represent their home countries at the ISSF World Championships in Cairo, Egypt.

Preliminary competition is set to begin Thursday with finals in certain events beginning Friday. A full schedule and event results can be found online at issf-sports.org.

Earlier this year, Shaner participated in the ISSF World Cup, bringing in three top-five finishes including a gold and a bronze. The gold come in men’s air rifle team, while he won bronze in air rifle mixed team. He finished as the top American at the event, taking home fifth place in 10meter air rifle.

The ISSF World Cup was the first international competition for Shaner in 2022 after what was a banner year for the athlete in 2021. On top of becoming the first American male to win gold in men’s 10meter air rifle, setting an Olympic record score (251.6) in Tokyo, he had a great showing at the 2022 NCAA Championships, winning the national individual championship in smallbore. Shaner posted a 592 in smallbore and 595 in air rifle at the NCAA Championships, helping Kentucky to the national team title for the second straight season.

In his first collegiate competition this season, Shaner performed well at UK’s match at Akron. The super senior posted a 584 in smallbore and 594 in air rifle for a 1178 aggregate.

Ceccarello, who competed for Italy in the 2021 Beijing Olympics, has had great success on the ISSF circuit during her career. This year, she competed at the ISSF Grand Prix, finishing fifth in 10meter air rifle women’s. She also earned silver in 10meter air rifle mixed team at the World Cup in Cairo and gold in the same event at the European Championships.  She won silver at the World Cup in 50meter rifle three positions women’s earlier this season.

She shined in her first collegiate match last weekend, leading all Wildcats with a 1182 aggregate score. The Italian posted a 583 in smallbore and 599 in air rifle.