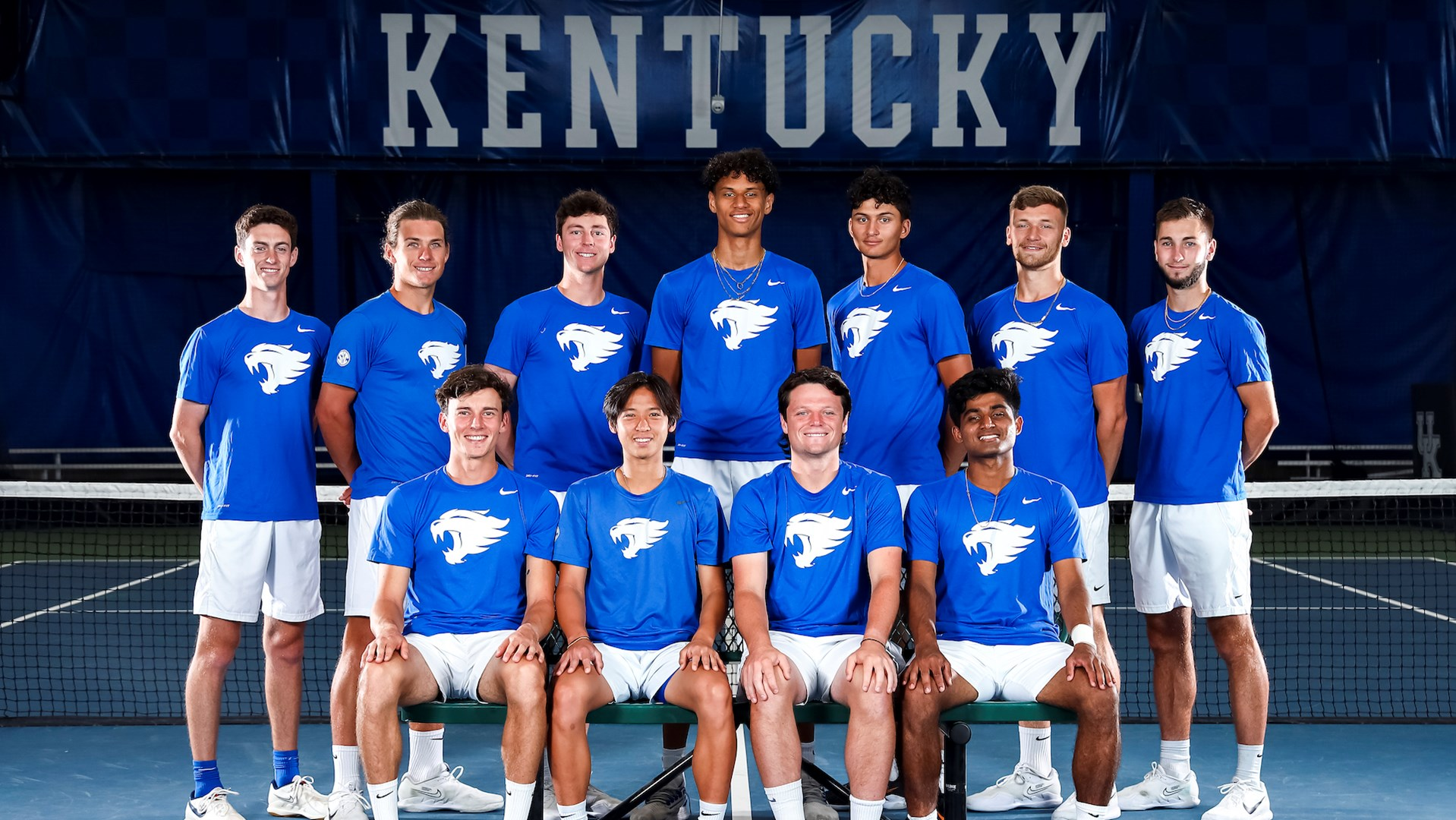 TEMPE, Az. – While the season may be over, the Kentucky Wildcats men’s tennis program continues to make history by racking up prestigious awards. UK won four Intercollegiate Tennis Association Regional Awards, the ITA announced on Monday.

“It’s very nice to win this award,” said Gordon. “We have a great environment here and I am lucky to be surrounded by such an outstanding team. What’s most important is that they keep growing and keep improving. We had a great year but it’s back to work now and we will be looking to do more next season.”

Gordon has been a cornerstone of the recent success of the Kentucky men’s tennis team. In his fourth season in the position, he led the team to its best finish in history as the national runner-up, making its first Final Four and National Championship appearances. The Wildcats made the Southeastern Conference Tournament Final for the first time since 2012 and earned a double bye after finishing as the No. 3 seed in the conference.

UK concluded the year by tying for its second-best finish in the ITA Rankings ever at No. 7. The team has been consistently recognized as one of the best in the country throughout the entire season, being ranked inside the top 13 all year.

A staggering seven student-athletes were ranked at singles at some point during the season, including two in the top 10. Kentucky did not lose to a team outside the top-13 season. The Wildcats also earned the most SEC wins since 2014 with 10.

Diallo has been an exceptional student-athlete for the Kentucky’s men’s tennis team from the moment he came to Lexington. He holds himself to a high standard in the classroom and as a role model on campus, as he is a William C. Parker Scholarship Member for holding above a 3.0 grade-point average and promoting diversity on campus.

Diallo was recognized on the All-SEC First Team for his outstanding play this season, in which he went 21-4 in dual matches, all from the two or three spot, and led the team in wins this season with 38. He peaked in the singles rankings as the No. 4 player in the country on Dec. 8, 2021, and stayed within the top-21 all season.

Furthermore, Diallo has not had a point penalty during his college playing career. Diallo has been someone that officials have recognized as a player they enjoy covering, often going out of their way to sing his praises to the coaching staff after matches.

The Arthur Ashe Jr. Sportsmanship and Leadership Award recognizes student-athletes who show exemplary dedication to their academics, extracurricular activities, tennis game and leadership on the courts, much like the awards’ namesake did in his career.

The Osuna Award was established in 1969 in memory of Rafael Osuna, who was killed in a plane accident at the age of 30. Osuna is one of the all-time great collegiate tennis players, winning three NCAA doubles titles (1961-63) and the 1962 NCAA singles title. Diallo is the first UK athlete to win the award since Eric Quigley won the national award in 2012.

The Kentucky men’s tennis team goes out of their way to contribute to the Lexington community in several ways. Throughout this school year alone, the team has accumulated 92 hours across the school year.

The Wildcats volunteer their time with Acing Autism, a program designed to help children with autism grow by having others teach them how to play tennis. They also have spent time supporting the Julie Ditty Qualls Foundation by helping teach tennis clinics. The foundation raises money for improving the Ashland community and cancer research.

The team is also involved with the Kentucky Children’s Hospital, with the team coordinating an effort to write letters for children who are patients. They also regularly volunteer with God’s Pantry, packing food for homeless shelters to provide to those in need in the local community.

Lastly, the Wildcats volunteered their time together with the Red Cross, answering phone calls to help with tornado relief in western Kentucky. Further, sophomore Tate Sandman was previously nominated to the 2022 SEC Community Service Team due to his involvement in the lives of others and helping to coordinate these team volunteering efforts.