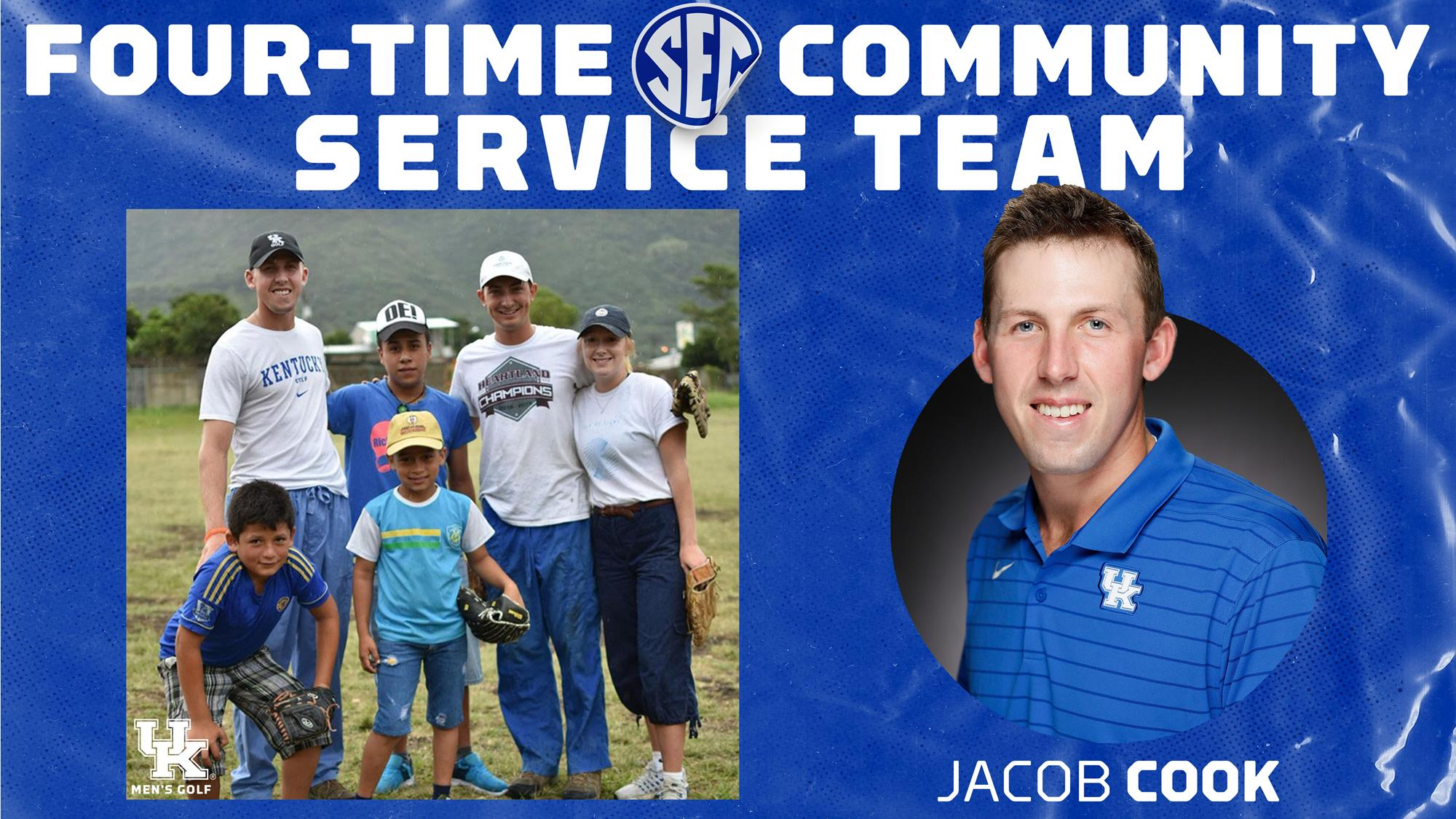 BIRMINGHAM, Ala. – For an incredible fourth consecutive year, Kentucky men’s golfer Jacob Cook was named to the Southeastern Conference Community Service Team for his outstanding efforts in the community.

Cook has appeared in 32 career events and has paced the Wildcats for the duration of the 2021-22 season. The Frankfort, Kentucky, native leads UK in scoring average (71.39), top-10 finishes (five), par-or-better rounds (17) and has the Cats back in the NCAA Regionals with an appearance in the Columbus, Ohio, regional slated to begin on Monday.

Additionally, Cook is a two-time graduate of the University of Kentucky. He earned an undergraduate degree in management in 2020 and concluded his master’s in finance just last week. He has also been selected to the SEC Academic Team in each of his first five seasons with the program.

He is one UK’s team captains and continues to give back in a variety of ways. Cook has served on the Kentucky Student Athlete Advisory Council and is a part of the leadership team for the Fellowship of Christian Athletes program for much of his career.

In the summer of 2019, he served on a mission trip to Nicaragua. Cook has participated in various activities including Breakfast with Santa, bowling with Special Olympics participants, he’s cooked and served dinner at the Ronald McDonald House and he’s packed and delivered food as a part of the God’s Pantry Backpack Program.

Cook has participated in the PGA’s Barbasol community event at the UK Children’s Hospital. Twice Cook has served as UK’s representative at the SEC SAAC at the SEC offices in Birmingham, Alabama.

In the midst of the COVID-19 pandemic, he had to become innovative in how he could give back. He found a way to utilize Zoom and visit with patients at the UK Children’s Hospital.

All 21 league-sponsored sports have had a Community Service Team since 2004. The team honors student-athletes beyond the court for their on-going efforts in the community.