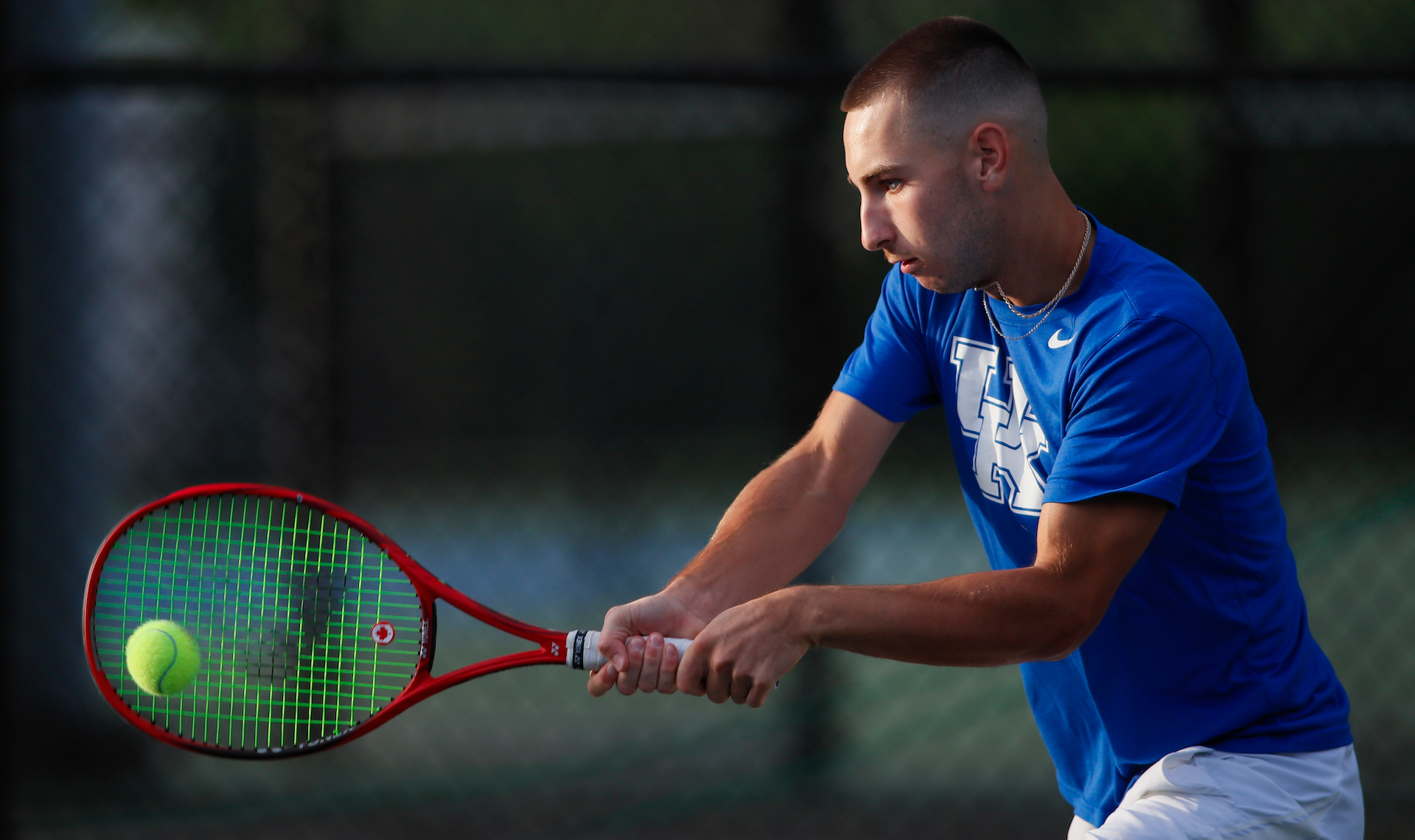 With the win, UK advances to the Elite Eight, playing next on Saturday night at 9:30 p.m. ET against the winner of two-seed Baylor and 15-seed Ole Miss.

Lapadat, the 37th-ranked singles player in the country, earned a hard-fought win in straight-sets on court five over Trojans’ No. 59 Lodewijk Weststrate. The London, Ontario native clawed his way back down 5-3 in the second set and won 6-3, 7-6(7-3) to earn his first ranked victory of the year. With the win, he avenged both his singles loss last season to the USC sophomore and the teams’ 4-3 defeat in Champaign, Ill.

“We started off really well, and the momentum and energy were just really good from us today. I think that’s what helped us get through,” said Lapadat.

Lapadat and doubles partner JJ Mercer set the tone for the Wildcats early today, swiftly winning their match together 6-1 over Peter Makk and Wojtek Marek, improving to 6-2 on the season. The UK tandem rose to 15 spots to No. 22 in the ITA Coaches Poll this past week.

After taking their first loss together on Sunday at Duke, Francois Musitelli and Yasha Zemel bounced back in a big way, taking down Paul Barretto and Ryan Colby to clinch the doubles point. The pair improves to 4-1 together and 3-0 from the third spot. Kentucky has now clinched the point in doubles competition in eight of their 10 matches.

Fifth-ranked Gabriel Diallo channeled that energy from doubles into his own play, taking care of business to earn his fourth victory this spring. Diallo bested Frye in a 6-3, 6-2 affair.

Following Lapadat’s win that pushed Kentucky up 3-0, the sweep was in sight, but the remaining matches were nothing short of battles. Yasha Zemel, however, was able to pull away against Colby in the third set to earn the fourth match-clinching point of his Wildcat career and push past USC.

Should the Wildcats win on Saturday, they would take on the winner of 11-seed South Carolina and three-seed Tennessee. The potential Southeastern Conference Final Four matchup would take place at 6:30 p.m. for a spot in the championship at the Nordstrom Tennis Center, home to host University of Washington.

The win marked the first time Kentucky has made the Elite Eight in the Indoor Championship since 2013, when it also did so in sweeping fashion.

UK earned its second win against ranked teams this season against No. 11 USC as well, previously beating No. 21 Mississippi State to punch its ticket to Seattle at ITA Kickoff Weekend.